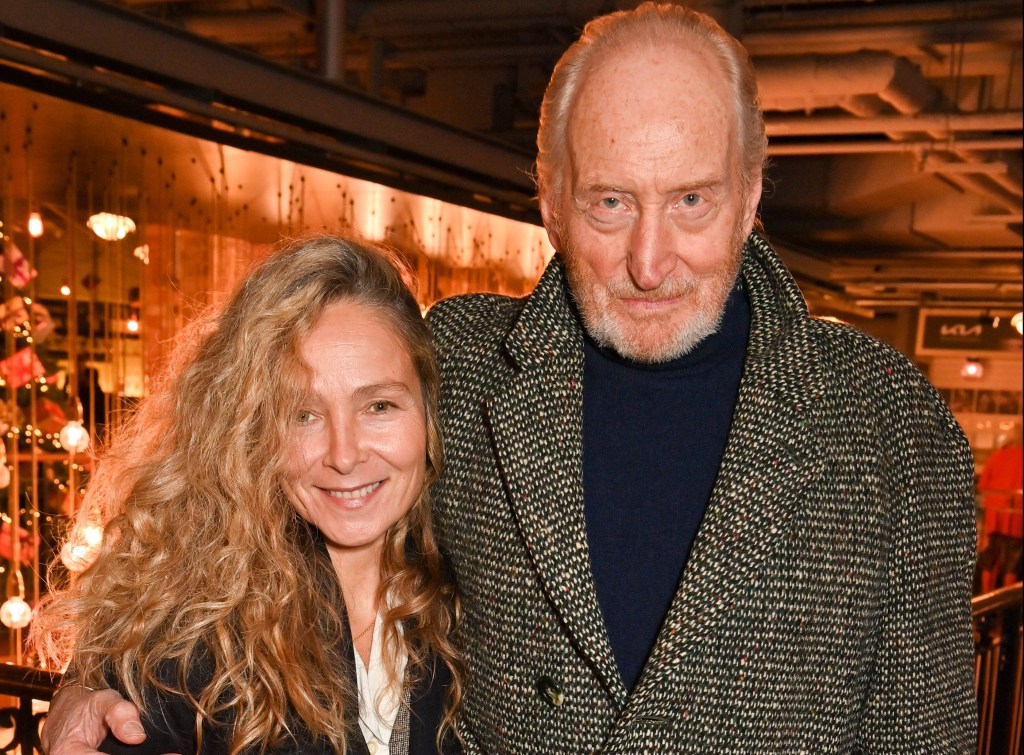 The 76-year-old Game Of Thrones star met Alessandra, 54, on the set of his film The Book of Vision where she was working as a production manager which was shot on location in both Italy and Belgium.

When asked about his favourite memory of working on the movie, Charles told The Times: ‘To be honest, it’s meeting Alessandra.’

He went on to reveal she is now living with him a lot of the time, adding it’s something he’s ‘really pleased about’.

Charles was asked whether striking up a romance with Alessandra overshadowed his work on the film, and he replied: ‘Well, it does a bit. Alessandra’s fantastic. I’m very, very lucky.’

The couple are believed to have been together for around three years.

The couple met on the set of The Book of Vision (Picture: David M. Benett/Dave Benett/Getty Images for Netflix)

Charles was previously married to Joanna Haythorn from 1970 to 2004 and has previously dated actresses Emilia Fox and Sophia Myles.

The Book of Vision was shot five years ago but its release was delayed due to the Covid-19 pandemic and Charles recalled of the shoot: ‘It was f***ing cold, if I remember rightly.’

He added: ‘In Italy, because of their aesthetic sense, even if the film’s s**t it’s going to look good.’

In a previous interview with the Sydney Morning Herald, Charles was asked about what kind of women he’s attracted to and he revealed he is drawn to beautiful, independent partners.

He replied: ‘Beautiful ones! Of course I am being facetious. I like independence, I like strong women, women who survive and thrive in what is still a male-dominated world in most professions. I think that description fits my [exes].’

The Spanish right-back looks increasingly likely to leave Sporting this month (Picture: Getty) Chelsea could hijack a second January deal by a north London club, with the Blues ‘lurking’ as Tottenham try to wrap up a deal for Pedro Porro. Spurs have been in talks with Sporting Lisbon for weeks trying to prise the right […]

Brendan Fraser surprised London cinemagoers as he introduced a double bill of The Mummy and The Mummy Returns (Picture: Shutterstock) Cinemagoers got more than they bargained for when they hit the theatre to watch a special screening of The Mummy starring Brendan Fraser. The actor is firmly back in the spotlight as his comeback film […]