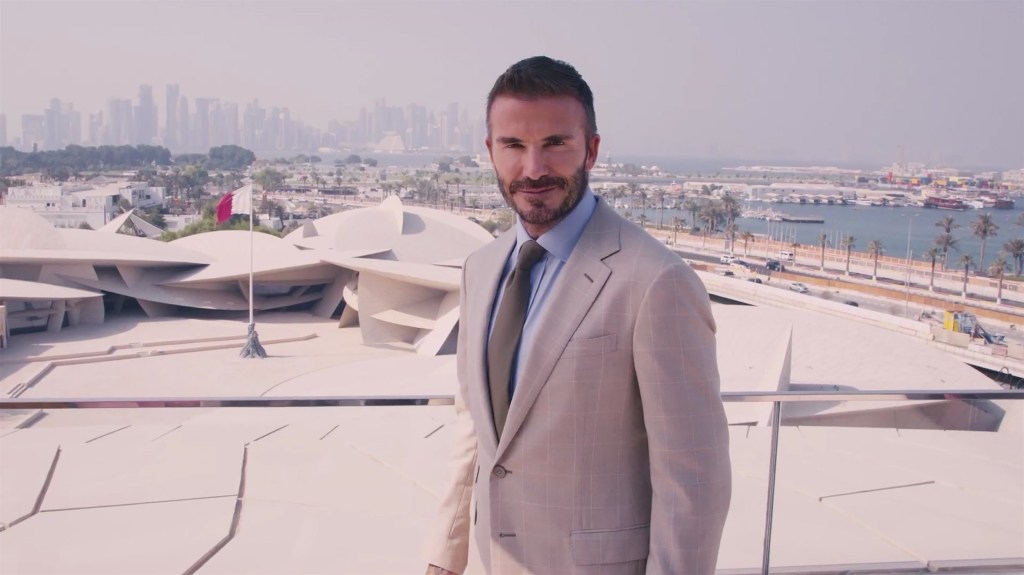 David Beckham has caught heat for his controversial role as ambassador for Qatar Tourism during the World Cup – and the flame doesn’t appear to be burning out any time soon with a growing number of celebrities making their feelings about it crystal clear.

The retired England footballer is reportedly being paid an eye-watering £10million for the job of promoting the Middle Eastern country as a welcoming tourist destination, no doubt giving ‘Brand Beckham’ a healthy financial boost.

However, the price for his reputation remains to be seen as David, 48, has been slammed for supporting Qatar despite its strict laws around homosexuality – it is illegal to be gay in the country and any same-sex sexual activity can be punishable by up to seven years in prison.

There has also been scrutiny around the deaths of hundreds of local workers who have spent the past decade building infrastructure to host millions of football fans during the six-week tournament.

David is yet to address the criticism but celebrities have been speaking out in their droves to condemn his lucrative ambassador deal.

Former Pop Idol star Will Young penned a blistering open letter challenging the ex-footballer to donate part of his reported earnings every year to LGBTQIA+ charities so that ‘something can be salvaged from this odious deal’.

The singer wrote: ‘Qatar is of course not the only country in the world with appalling records on human rights. The argument that sport is not political is duplicitous and two faced. Look at South Africa during apartheid, look at Russia now. Who decides the yays and the nays?’

‘What is undoubtedly clear however is a star like you @davidbeckham who I once sang for (not for any money I hasten to add) at your birthday has disappointed me more than I can say,’ he added.

‘The decision to take the alleged £150 million over 15 years is greedy enough, the burying of your head in the sand from you, your team and your advisers is repellent and cowardice personified.’

The Evergreen hitmaker then urged David to donate £1m to LGBTQIA+ charities for every year he earns £10m.

‘Can something be salvaged from this odious deal? Perhaps …read more

B. Smyth had been battling pulmonary fibrosis (Picture: MediaPunch / BACKGRID) Singer and rapper B. Smyth has died aged 28 after a long health battle, his brother has confirmed. The R&B star, who first caught the eye with his covers on YouTube before getting signed by Motown Records in 2012 and finding success with his […]

To view this video please enable JavaScript, and consider upgrading to a web browser that supports HTML5 video Joe Lycett has demanded David Beckham forfeits his role as a paid ambassador for the Qatar World Cup, promising to shed £10,000 of his own money if the ex-footballer continues his support. The 2022 competition is just […]

There are over eight billion people in the world right now (Credit: Shutterstock) The world’s population is expected to hit eight billion people today, November 15. Already this has prompted worry about whether there will be enough food, water and energy to support our growing population. While human activity is undoubtedly driving the climate crisis, population growth is […]