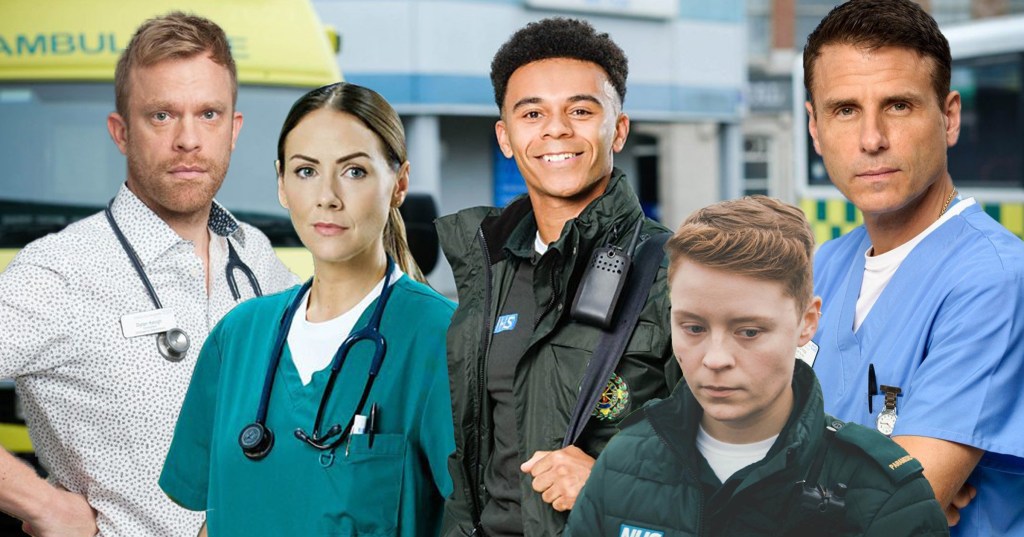 All change at Casualty as the soap takes on a brand new direction (Picture: BBC/Metro.co.uk)

There are big changes coming to Casualty as long term fans will notice a brand new format at the end of this year and into the next.

The Casualty we are used to generally has featured a couple of injuries of the week (seriously, people need to stop climbing ladders) alongside a permanently long running arc with regular cast.

Metro.co.uk this week sat down with Jon Sen, the producer of Casualty, who has worked on and off at the show for many years, and also had a recent stint at the helm of EastEnders.

Here, Jon Sen explains how the format is being shaken up dramatically into 12 week arcs, with the now predictable injuries taking a back seat.

He also discusses the changing landscape of soap, some new characters, departing actors George Rainsford and Jason Durr, and a very special episode of the show coming up.

How are you finding being back at Casualty?

I’m loving it. I feel a real affinity with Casualty, having written, directed, story-produced it for a while. I feel it’s a show I really know. The team are wonderful and have been really welcoming on my return. I think it’s a really exciting place at the moment. It’s really great to be steering it in a direction over the next few years. I’m really excited. I love medical drama, it’s just a brilliant format – life and death stakes through the door, every episode people faced with what could be one of the worst days of their lives. It’s great drama and that’s really exciting.

Can you talk a bit about the upcoming improvised episode that centres on the four paramedics?

At Casualty we always try to reflect what’s going on in the NHS, not in a political way but in a factual way. We all know that the NHS, certainly post covid, has been really struggling for resources. There’s increased waiting times and the stress on the hospitals as well as the paramedic services and we really wanted to show to an audience the personal toll that that takes.

A paramedics special was the best way of doing that because the ambulance queues outside NHS hospitals has becoming a real defining visual, I think, of current NHS hospitals.

Everyone we’re talking to is talking about how difficult it is, increasingly, to get an ambulance. They’re queuing outside, people are being treated in ambulances outside, which is why we really show that fact but also the impact it has on the staff.

We felt the best way to do that, the most naturalistic way – because the success of an episode like this rests on its authenticity and the power to reflect the authentic experience of paramedics – was to ask our actors to improvise along …read more

Ryan Reynolds is no stranger to musicals, but he needed some tips ahead of his performance in Spirited (Picture: AP) Now, if you’re going to star in a Christmas musical, who better to get advice from than The Greatest Showman himself? And that’s exactly what Ryan Reynolds did. The Deadpool actor stars alongside Will Ferrell […]

The biggest strops on reality TV, from Kim Kardashian crying about an earring to a vicious punch on The X Factor

Many stars’ tantrums have made TV history – and endless memes (Picture: REX/E!) For as long as reality TV has existed, its stars have been behaving badly, throwing all manners of strops and temper tantrums. The most recent celeb to reportedly lose his rag is Boy George, who is thought to have ‘threatened to quit’ […]

Mack prepares to confess to Charity (Picture: ITV) Mackenzie (Lawrence Robb) has been a very naughty boy in Emmerdale, but his conscience is finally about to step in and make him do the right thing. Not that he has much choice of course, what with his dirty little secret being paraded in front of him […]