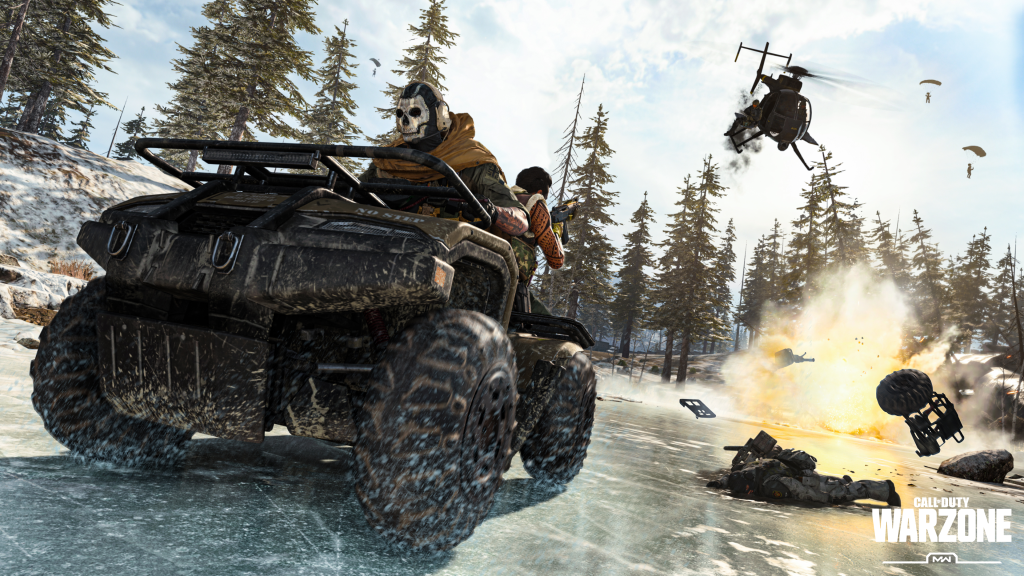 It’s not about getting rid of the Caldera map but giving players a choice says the petition (pic: Activision)

Fans are petitioning for Call Of Duty: Warzone to bring back the Verdansk map, even though it’s apparently already on the cards.

It’s been almost a year since Activision replaced Call Of Duty: Warzone’s Verdansk map with Caldera, as part of the cross promotion with the World War 2 themed Call Of Duty: Vanguard.

Naturally, not everyone was so receptive to the change and some players still aren’t over it. So much so that, with Call Of Duty: Modern Warfare 2 on the horizon, they’ve put together a petition about bringing back the old map.

Said petition bluntly explains that not everyone enjoys the World War 2 theme and many prefer using modern weapons.

However, it adds that it’s not asking for Caldera to be removed from the game either. Instead, what these players want is for there to be an option to play on the Verdansk map again with modern weapons.

‘So dear Activision Blizzard, respect and appreciate the great support you get from us. Listen to our wishes and do not force us to play a game we do not enjoy. Many of us consider quitting and wait for the MW2 to be released in 2022. We don’t want that [sic],’ it reads.

‘We are not asking you to destroy Caldera. We are simply asking you to give us options. Give us back Verdansk and modern weapons. Call it ‘Classic Mode’ or whatever you find suitable. That’s our only wish this Christmas.’

Are you a Caldera fan or do you also miss Verdansk? (pic: Activision)

Change.org petitions require at least 15,000 signatures to be promoted by the website and, at the time of writing, this one is getting very close, sitting at over 14,500 signatures.

However, even if it does reach 15,000, there’s little chance of Activision responding. We’ve seen several such petitions like this and very rarely do they make any impact.

A petition for Sony to un-cancel Days Gone 2 managed to accrue more than 150,000 signatures, over 10 times more than this Call Of Duty. Since studio Sony Bend is currently working on an entirely original game, it’s clear that Sony just ignored the petition altogether.

The petition also seems potentially unnecessary, since an Activision employee accidentally said in April that there are already plans to bring Verdansk back in a 2023 update.

Assuming that information is still accurate, the plan is for Verdansk to only become available for ‘certain platforms,’ suggesting it will be exclusive to older consoles and/or the mobile version of Warzone.

Meanwhile, Call Of Duty: Warzone 2 was said to feature an entirely new map. While the battle royale …read more

Winner winner, chicken dinner (Picture: Richard Brown/KFC) Do you want to be in with a chance of feasting on boneless chicken for an entire year, for free? If so, get your creative thinking caps on. Fast food giant KFC has announced a new challenge to find the next mind-blowing idea for its menu. The popular […]

Why Ronnie O’Sullivan, Neil Robertson, John Higgins and more are not at the European Masters

Ronnie O’Sullivan could not compete in Germany this week (Picture: Getty Images) The European Masters gets underway on Tuesday 16 August in Furth, Germany and there will be some big names notable by their absence, none more so than Ronnie O’Sullivan, Neil Robertson and John Higgins. The world champion will not be playing this week […]

Jack Grealish has delivered a scathing response on his Twitter account. (Photo: Getty) Manchester City midfielder Jack Grealish has mocked a nonsensical tweet from a football account which claimed he had argued with manager Pep Guardiola during Sunday’s win over West Ham United. The England international was part of the side won 2-0 at the […]