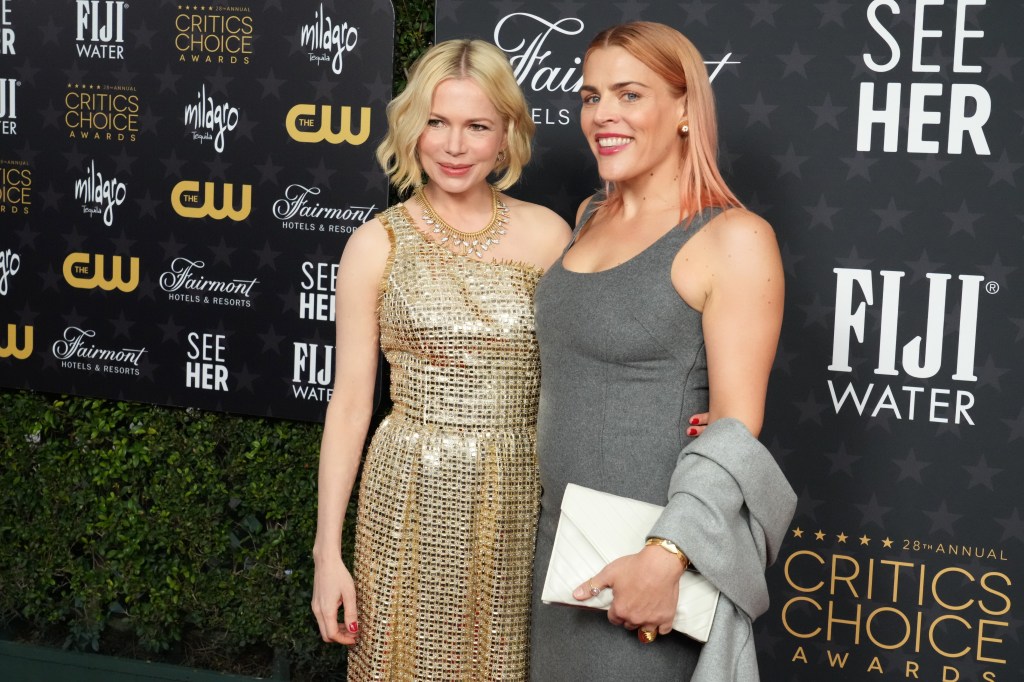 The pair have been pals for years after starring in Dawson’s Creek together when they were younger, and have remained close ever since.

Taking to Instagram, the White Chicks actress posted a throwback snap of the 42-year-old looking towards the camera, alongside the caption: ‘BRB- I’m just gonna go back in time and tell this kid that she’s going to have 5 OSCAR NOMINATIONS in the next 20 years.

‘And a BEAUTIFUL family. And be surrounded by love. (And GORGEOUS CLOTHES) But tbh- that’s probably along the lines of what I was saying to her then.

‘I love you MW. Proud of you forever for building the life and career you dreamed of, even though the absolute overwhelming grief of being human had you wondering if you could at times. But then you would dig deep and try again.

‘It’s one of my favorite things about you. You have never NEVER stopped trying. A new way, a new recipe, a new parenting style, a new author, a new approach to work, a new love, a new role…

Michelle earned her fifth nomination in her career (Picture: Getty)

Michelle has racked up an impressive five Oscar nominations throughout her career so far, including best actress nods for the Fabelmans, Blue Valentine and My Week With Marilyn.

She was tipped for best supporting actress for Brokeback Mountain and Manchester By The Sea.

We’ll find out if she has another trophy to add to her cabinet when the ceremony takes place on March 12.

Emily Atack has opened up about the experience (Picture: Samir Hussein/WireImage) Emily Atack has revealed she had her first sexual experience aged just 12 with an 18-year-old boy. The 33-year-old comedian and TV presenter has candidly opened up about the sexual harassment she faces from people every online in her new BBC Two documentary Emily […]