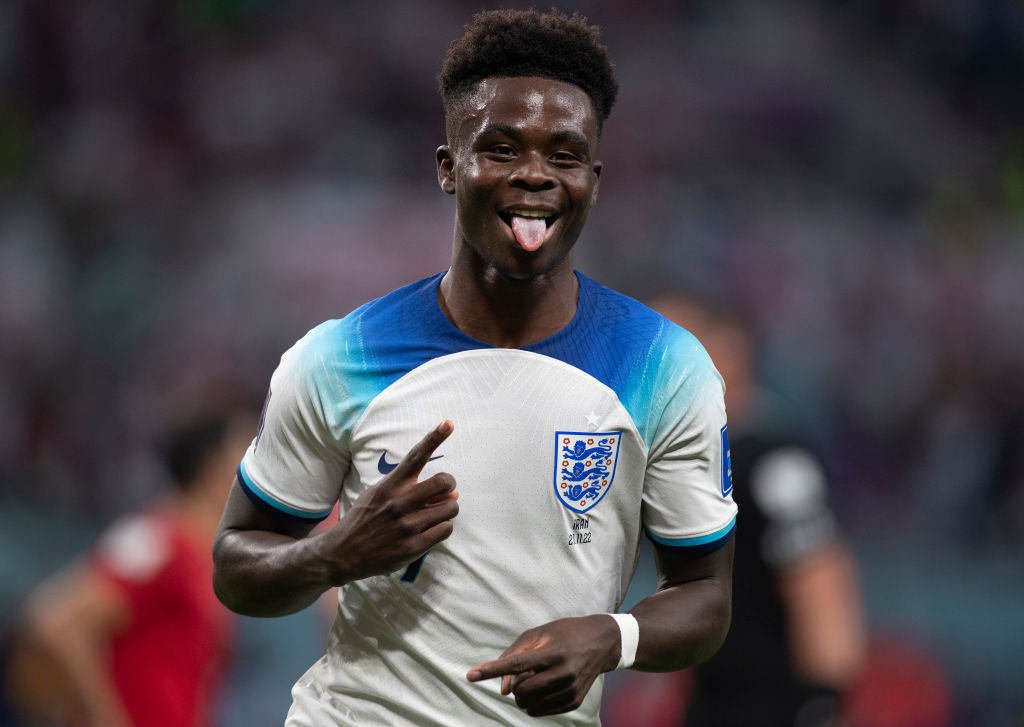 Bukayo Saka has credited Mikel Arteta with helping him make his sensational World Cup debut in England’s 6-2 thrashing of Iran.

Gareth Southgate put his faith in Arsenal winger who started on the Three Lions’ right flank in place of Manchester City Phil Foden.

Saka’s only previous major tournament experience ended in heartache when he missed the decisive penalty against Italy in the final of Euro 2020.

The 21-year-old put that disappointment behind him on Monday, however, scoring twice as Southgate’s side began their campaign with an emphatic victory.

Saka has been a mainstay of the Arsenal side which has mounted a surprising title challenge this season with the fruits of Arteta’s labour finally coming to fruition after nearly three years at the helm.

‘I’ve grown in many ways,’ Saka told talkSPORT following his man of the match display.

‘Of course I’ve got more big games under my belt, experience, more minutes.

Bukayo Saka was handed the man of the match award following his two-goal salvo against Iran (Picture: Getty)

‘And with each game you always learn more and more and when I have a coach at Arsenal and a coach here that are so supportive, so much tactical detail to help me in training sessions and on the pitch, there’s no way I was never going to improve.’

Saka also believes the emphatic victory has sent out a warning to England’s World Cup rivals.

He added: ‘It shows what we can do when we play at our best, that we do have quality to go forward, to defend.

‘What a feeling! I can’t really describe how I’m feeling.

‘One of the most special days of my life to have my family here.

‘To score two goals at the World Cup, I don’t really know what to say because I can’t describe it. I’m just so happy.’

MORE : World Cup 2022: Why is there so much more added time than normal?

Prince Andrew and Epstein had a relationship that was questioned in the Newsnight interview (Picture: Getty) Sarah Ferguson’s former lover John Bryan said Jeffrey Epstein’s ultimate aim was to extort money out of the Queen by blackmailing Prince Andrew, he claims. Mr Bryan – who was famously caught by paparazzi sucking Fergie’s toes on holiday […]