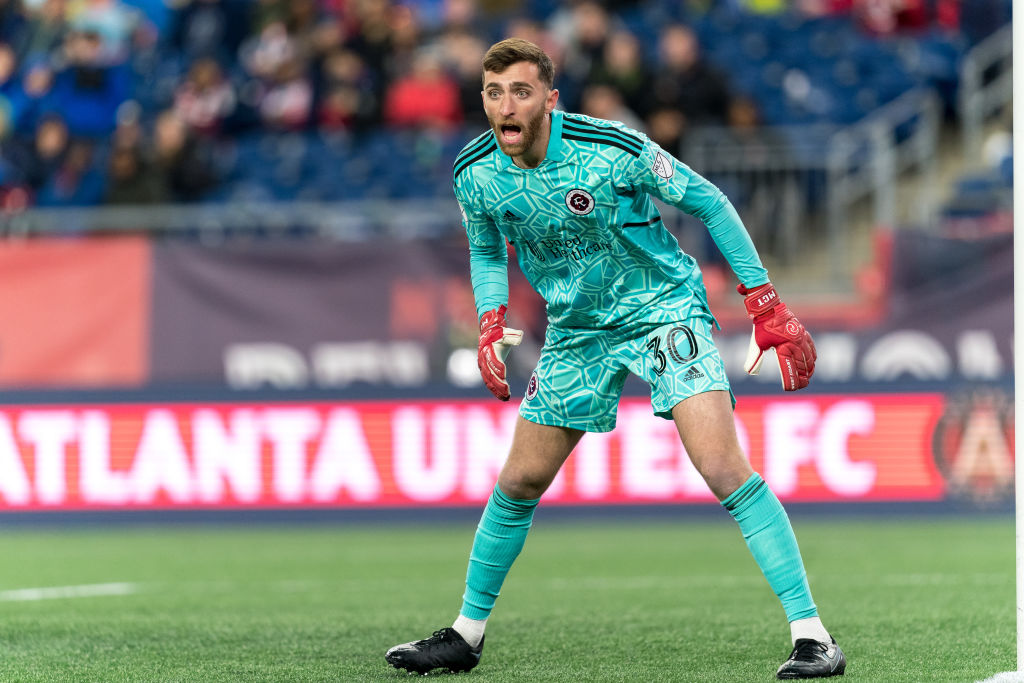 New Arsenal goalkeeper Matt Turner has thrilled the club’s supporters after he was filmed refusing to sign a shirt belonging to a Tottenham fan.

The American international is set to move from New England Revolution to the Emirates on 1st July for £5.7million, and on Sunday played his last game for the MLS side.

After the match, Turner said his farewells to the fans and took time to sign a number of items when the incident happened.

I think heâll fit in just fine on his side of North London ð´âªï¸ð pic.twitter.com/pDzmYRACk0

In a now widely circulated video, a fan wearing a Spurs shirt held out another for the 27-year-old to sign, by the player quickly turned him down, before continuing to meet other supporters.

In the video, Turner could even be heard saying ‘oh no’, as he realised what the shirt was and even labelled it ‘disgusting’, much to the delight of Arsenal fans on Twitter.

‘He already a legend before even touching a ball’, one Gunners fan wrote, while another labelled Turner: ‘Arsenal through and through.’

A fellow Arsenal supporter called him: ‘One of our own!’, while another claimed they should: ‘Build him a statue.’

While Turner will undoubtedly serve as Aaron Ramsdale’s No.2, the keeper is highly rated and should have no problems stepping in between the sticks when called upon.

Last year he was voted the MLS Goalkeeper of the Year and made the MLS Best XI, recording a highly impressive save percentage of 74.3, better than any Premier League keeper managed last season.

In 2021, he also won the CONCACAF Gold Cup with his country, keeping five clean sheets in six games, and he is expected to be in goal for the USMNT come the World Cup in November, where the USA will face England, Wales and Iran in the group stage.

Gemma was not happy when Ekin-Su went off to repeat the results of Dami’s ‘mind-reading’ (Picture: ITV) The drama between Ekin-Su Cülcüloğlu and Gemma Owen had Love Island fans divided on Monday night as they took opposite sides – although almost all admired former soap actress Ekin-Su’s flair for drama. The duo came to blows […]

Billie is returning to Glastonbury on Friday as a headliner (Picture: Getty Images) Billie Eilish has admitted she constantly feels like she is ‘undeserving of everything’ but this makes her more excited to become Glastonbury Festival’s youngest ever solo headliner. The Grammy-winning singer, 20, will make history when she takes to the Pyramid Stage on […]