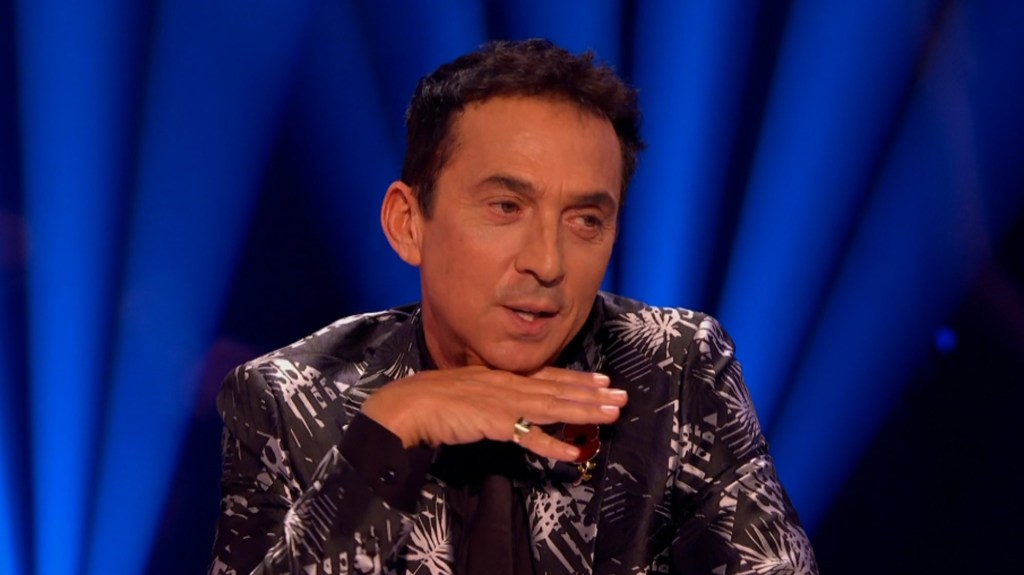 Bruno is rumoured to sing during the special (Picture: BBC)

Strictly Come Dancing fans should rejoice as beloved judge Bruno Tonioli is reportedly going to make a surprise comeback for the Christmas special.

The 66-year-old revealed earlier this year he had quit the BBC’s juggernaut series after 18 years to concentrate on the American spin-off, Dancing With The Stars.

Meanwhile, Bruno judged the latest season of DWTS, which ended this week and was won by TikTok star Charli D’Amelio and Mark Ballas, with long-running colleague, Len Goodman.

However, according to reports, it isn’t the end for the dancer and Strictly Come Dancing in the UK, as he is set to return for the Xmas spectacular.

It is thought Bruno, who released an album of Italian music in 2016, will sing rather than perform a dance routine.

A source told the Daily Mail: ‘Bruno loves to sing. He did an opera album called An Italian Romance back in 2016 and who knows, it might turn into a new career for him.’

It wouldn’t be the first time Bruno has belted out a tune on Strictly, having performed a number on the show in 2019.

Taking to the stage in a white tux, Bruno was surrounded by bright pink feathers as he belted out Can’t Take My Eyes Off You during the opening episode.

Twitter, naturally, went into meltdown, with one fan writing: ‘Loving it! Bruno should do this every week. Love this old style entertainment..’

Another added: ‘Bruno and ostrich feathers = the apotheosis of camp! 1970s Saturday night tv. Loved it.’

Bruno tried to deceive the panel on The Masked Dancer (Picture: ITV, Getty)

As well as DWTS, Bruno has been seen on our screens this year in The Masked Dancer UK, when he was unveiled as Pearly King.

On signing up to the show thinking it was actually The Masked Singer, he joked: ‘I said, “Singer, oh yeah I’ll do it. Dancer?? You’ve got to be kidding me!” You should always read your contract.’

He added of his character: ‘It had such swagger, it’s good doing something so out of your comfort zone.’

Metro.co.uk has reached out to the BBC and reps for Bruno for comment.

Strictly Come Dancing continues on Saturday at 7.15pm on BBC One.

If you’ve got a celebrity story, video or pictures get in touch with the Metro.co.uk entertainment team by emailing us celebtips@metro.co.uk, calling 020 3615 2145 or by visiting our Submit Stuff page – we’d love …read more

Ismaila Sarr has 11 goals in 51 caps for Senegal (Photo: Getty) Former Arsenal and England Jack Wilshere has warned the Three Lions to be wary of Senegal star Ismaila Sarr when the two sides meet in the 2022 World Cup round of 16. England face Senegal on Sunday, with Gareth Southgate’s side expected to […]

The Prince remained neutral in the England v Wales clash (Picture: Getty) Prince William said ‘may the best team win’ as England took on Wales in a crunch World Cup match. The Prince of Wales took a neutral stance ahead of the home nations clash in Qatar. He previously said he could not drop his […]