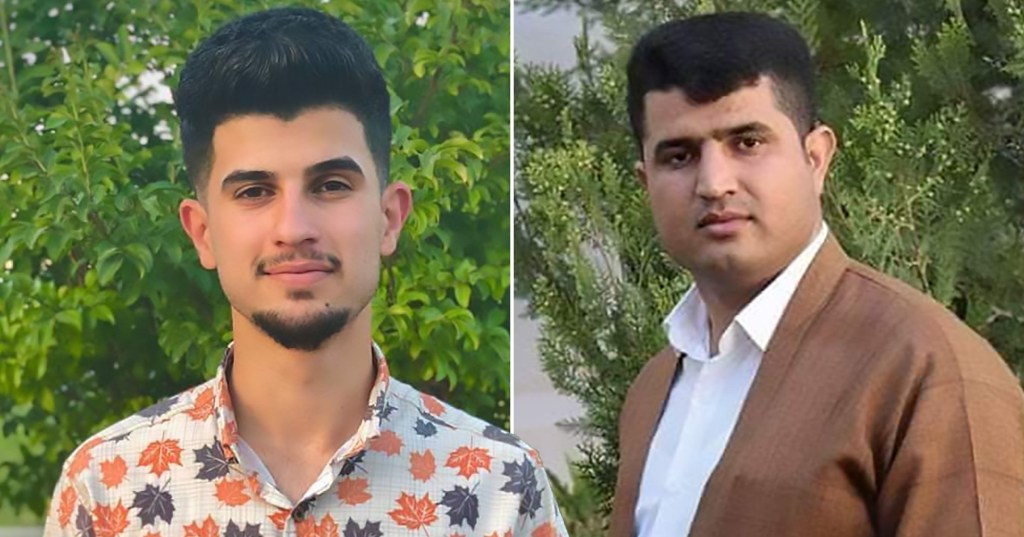 The brother of a teenager who went missing in the Channel tragedy a year ago has said his ‘heart is breaking’ as he continues to wait for answers from the authorities.

Zana Mamand Mohammad has travelled from Iraq to Paris to try and find out what happened to his younger brother, Twana, in the maritime disaster which claimed 31 lives.

Twana, 18, had left a Kurdish town in northern Iraq with aspirations of becoming a Manchester City footballer and spent 15 weeks travelling to France before attempting the hazardous crossing.

His group’s flimsy dinghy is said to have deflated and capsized, with only two survivors pulled from the water in what would become the worst loss of life in the Channel for 30 years. Organisations supporting refugees and asylum seekers said yesterday that the British and French emergency services wasted time ‘passing the buck’ about who should respond to the passengers’ desperate calls for help.

Speaking to Metro.co.uk from Paris, Zana said: ‘A year after Twana went missing, my heart is breaking as we wait for answers. I have travelled from Iraq to France in the hope that we may find out what happened, but I still have not had any news.

‘Words alone cannot express my family’s sadness, it only gets worse with each day that passes.

‘Our hearts are in pain while we wait and hope that one day we will be given some news. We were a very happy family, but our lives completely changed when Twana went missing.

‘Now, we are in constant sadness; not a day goes by without my mother and father crying. Twana’s many friends are also broken-hearted and don’t know how to cope without him.

‘Any news would at least be a little comfort to lift our hearts.’

Twana left northern Iraq hoping for a better life in the UK before joining others attempting to cross the English Channel (Picture: Zana Mamand Mohammad)

Twana had left the town of Ranya and travelled to France via Turkey after his father put his home up as collateral to pay people smugglers an estimated £20,000 upon completion of the journey.

He had hoped to join his elder sister, who was living happily in the UK.

The poor quality dinghy is thought to have had a broken motor and to have deflated, leaving the 34 people aboard treading water in the dark as they waited for help.

An account of how the family, also including Twana’s sister in Sheffield, desperately waited for news in the early hours of November 24, 2022, has been pieced together by Alistair Bunkall at Sky News.

Calls to the authorities on both sides of the Channel met with each side saying the other needed to take responsibility. As they waited, the passengers held hands to stay afloat and used their mobile phones as lights to show their location. …read more

To view this video please enable JavaScript, and consider upgrading to a web browser that supports HTML5 video Chris Moyles and Owen Warner are set to team up in the latest I’m A Celebrity Bushtucker Trial, joining forces in a challenge that will require stellar levels of communication amid swarms of creepy critters. For the […]