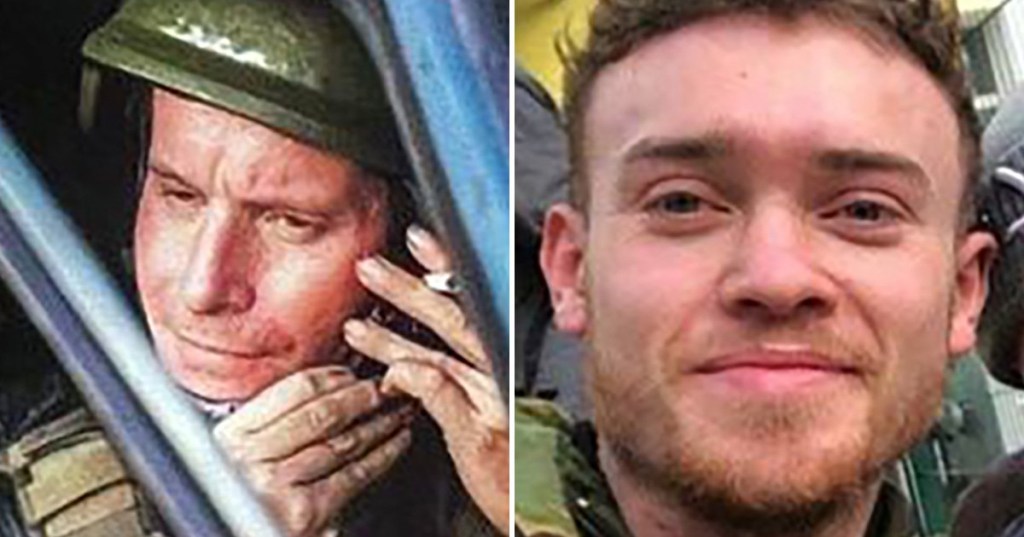 Brits Chris Parry and Andrew Bagshaw were killed while attempting a ‘humanitarian evacuation’ in Ukraine.

The pair had travelled to Soledar, in the east of the country, to volunteer with aid efforts.

Parry’s family have released a statement, through the Foreign Office, tonight.

The statement from Rob, Christine and Katy Parry said: ‘It is with great sadness we have to announce that our beloved Chrissy has been killed along with his colleague Andrew Bagshaw whilst attempting a humanitarian evacuation from Soledar, eastern Ukraine.

‘His selfless determination in helping the old, young and disadvantaged there has made us and his larger family extremely proud. We never imagined we would be saying goodbye to Chris when he had such a full life ahead of him. He was a caring son, fantastic brother, a best friend to so many and a loving partner to Olga.

‘Chris was a confident, outward looking and adventurous young man who was loyal to everyone he knew. He lived and worked away as a software engineer but Cornwall was always his home. He loved rock climbing, cycling, running and skydiving and wanted to travel the world.

‘He found himself drawn to Ukraine in March in its darkest hour at the start of the Russian invasion and helped those most in need, saving over 400 lives plus many abandoned animals.

‘It is impossible to put into words how much he will be missed but he will forever be in our hearts.

‘We feel so privileged that he chose our family to be part of.’

The pair had last been seen heading to the town of Soledar in the eastern Donetsk region of the country, where heavy fighting was reported.

Bagshaw, a resident of New Zealand, was in Ukraine to assist in delivering humanitarian aid.

Christopher had joined other volunteers on a rescue mission in Ukraine to help people escape bombed areas.

Speaking to Sky News last year he said: ‘I went to a military command unit and spoke to a number of soldiers who described Bakhmut as the ‘worst place they had ever been’.

Timothy Hyslop (right) targeted racist abuse at Chelsea star Raheem Sterling (Picture: SWNS/Getty) An Aston Villa fan has been banned from attending matches for three years for racially abusing Raheem Sterling. Timothy Hyslop, 54, shouted a racist slur when the Chelsea and England star was on the ball during a Premier League game at Villa Park. He […]

Haris’ time in the Love Island villa came to an abrupt end (Picture: ITV/Rex/Shutterstock) Haris Namani was caught in the middle of a romantic ‘situationship’ when he entered the Love Island 2023 villa, it’s been reported. Earlier this week, the 21-year-old TV salesman and boxer was dumped from the show alongside 20-year-old Anna-May Robey after […]