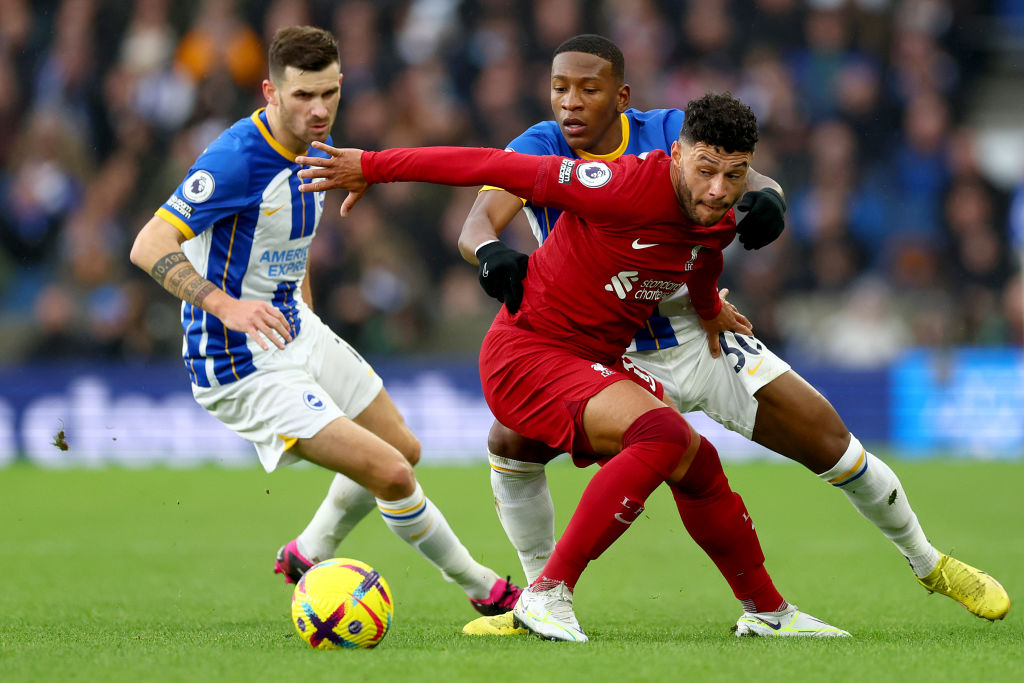 Brighton are keen on signing Liverpool star Alex Oxlade-Chamberlain but will only consider a deal for the midfielder if the Reds agree to release him on a free transfer.

The former Arsenal star has made just ten appearances in all competitions so far this season and his contract with the club expires at the end of the campaign.

Liverpool have given no indication that they will extend the midfielder’s contract and Oxlade-Chamberlain has privately accepted he’ll have to leave Anfield.

However, the midfielder is still featuring for the Reds given the injury problems that Jurgen Klopp’s side have in the middle of the park.

But Oxlade-Chamberlain understandably wants to resolve his future and the Daily Mail say Brighton are interested in signing him in the next week.

The Seagulls are keen to reinforce their options after Leandro Trossard’s move to Arsenal last weekend.

However, Brighton are not willing to put up a fee for the 29-year-old and will only make a move for him if Liverpool agree to let him join on a free transfer.

Though this may not seem appealing to the Reds, it would mean saving on Oxlade-Chamberlain’s reported £120,000-a-week wages for the next six months.

Brighton know they stand a good chance of signing the midfielder in July and therefore see little reason to put up cash for him.

But with the likes of Luis Diaz, Diogo Jota and Roberto Firmino struggling with injury, Klopp needs all the options he can at this moment in time.

MORE : Enzo Fernandez will not try force move to Chelsea and is happy to remain at Benfica until the end of the season

Back 4 Blood – it’s not quite goodbye for Turtle Rock studios though (pic: WB Games) It’s not shutting down completely but Back 4 Blood won’t get any more DLC, as Turtle Rock moves onto its next game. After only launching in October 2021, Left 4 Dead successor Back 4 Blood has wrapped up its […]

Fans believe their feud is much deeper than Tom (Picture: ITV1) Love Island fans are begging for someone close to Olivia Hawkins and Zara Lackenby-Brown to address their feud – after it was hinted the pair knew each other before the show. During Monday’s explosive episode, the two butted heads after Olivia, 27, had a […]

Australian tennis player Nick Kyrgios admitted to assaulting his ex-girlfriend Picture: AP) Wimbledon finalist Nick Kyrgios has pleaded guilty to assaulting his ex-girlfriend in Australia but avoided a criminal conviction. A magistrate in the tennis star’s home town of Canberra did not record a conviction against the 27-year-old, describing the common assault as an act of ‘stupidity […]