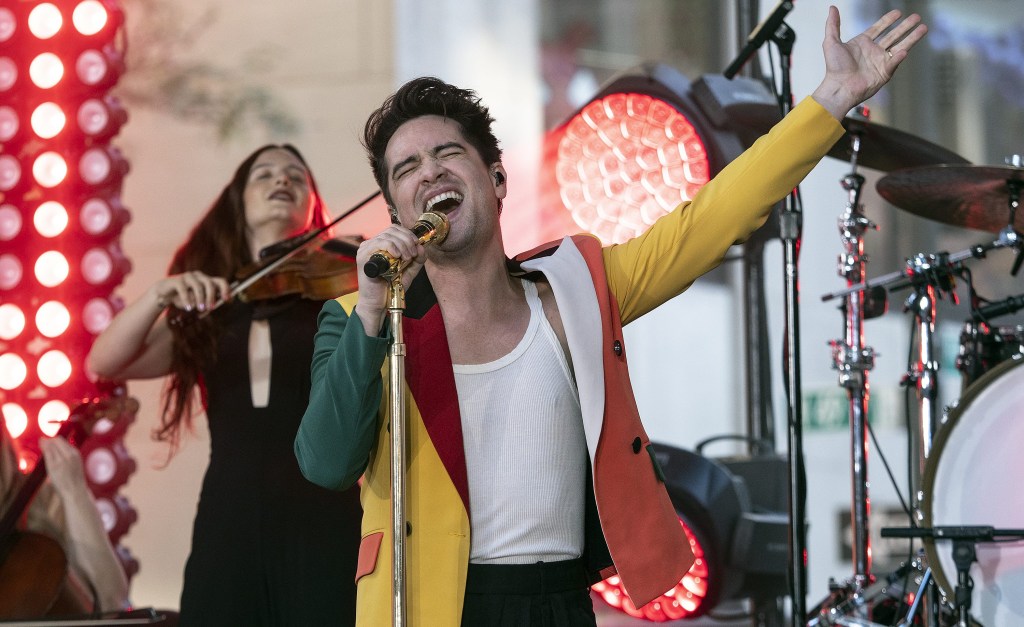 Panic! At The Disco will soon be ‘no more,’ frontman Brendon Urie has announced (Picture: Getty Images)

Panic! At The Disco are to break up following their current tour, frontman Brendon Urie has announced.

The rock band are juggernauts of the emo scene, with major hits under their belts from 2018’s High Hopes to 2006 classic I Write Sins Not Tragedies.

While the line-up of the band has changed multiple times over the years, Panic, with Brendan as lead singer and frontman, continued to make music and attract new fans.

Now however it is all coming to an end, as Brendon announces he is expecting a child and will be putting the band to one side.

A message posted to the official Panic! At The Disco Instagram page from Brendon saw the musician announce he would be focusing on his family, and therefore Panic would be ‘no more.’

He began by reflecting on the past 19 years, saying it was ‘a hell of a journey.’

Brendon had been making music under the Panic name for 19 years (Picture: Getty Images)

The band found massive fame in 2005 with the release of their debut album A Fever You Can’t Sweat Out (Picture: Getty Images)

‘Growing up in Vegas I could’ve never imagined where this life would take me. So many places all over the world, and all the friends we’ve made along the way.

‘But sometimes a journey must end for a new one to begin.’

He admitted they had been ‘trying to keep it to ourselves,’ but revealed he and wife Sarah were expecting their first child.

‘The prospect of being a father and getting to watch my wife become a mother is both humbling and exciting. I look forward to this next adventure,’ he wrote.

‘That said, I am going to bring this chapter of my life to an end and put my focus and energy on my family, and with that Panic! At The Disco will be no more.’

He went on to thank the fans ‘for your immense support over the years,’ saying ‘I truly can’t put into words how much it has meant to us.’

‘Whether you’ve been here since the beginning or are just finding us, it has been a pleasure to not only share the stage with so many talented people but also share our time with you.’

He confirmed the band would not break up until after the planned tour, saying he was ‘looking forward to seeing everyone in Europe and the UK for one last run together.’

‘I love you. I appreciate you. Thank you for existing.’

If you’ve got a celebrity story, video or pictures get in touch with the Metro.co.uk entertainment team by emailing us celebtips@metro.co.uk, calling 020 3615 2145 or …read more

Dando died in 1999, aged 37 (Picture: Colin Davey/Getty Images) Netflix is producing a new true crime documentary surrounding the unsolved murder case of Jill Dando. The former Crimewatch co-host was killed on the doorstep of her home in south-west London in a horrendous crime which remains unsolved, nearly 24 years later. Dando, who was […]

He has pleaded not guilty to the charges (Picture: Michael Kovac/Getty Images for IMDb) Adult Swim, the channel that airs adult animated sitcom Rick and Morty, has announced they have cut ties with co-creator Justin Roiland as he faces domestic abuse charges. Earlier this month, it was reported that a criminal complaint had been made […]

Akon has left fans baffled by his comments on a recent podcast (Picture: Reuters) Akon has unleashed a bizarre, wildly sexist rant, insisting that women need to understand that their role in life is ‘to support men’. The Lonely singer appeared on a recent interview with Joe Budden, when they got onto the topic of […]