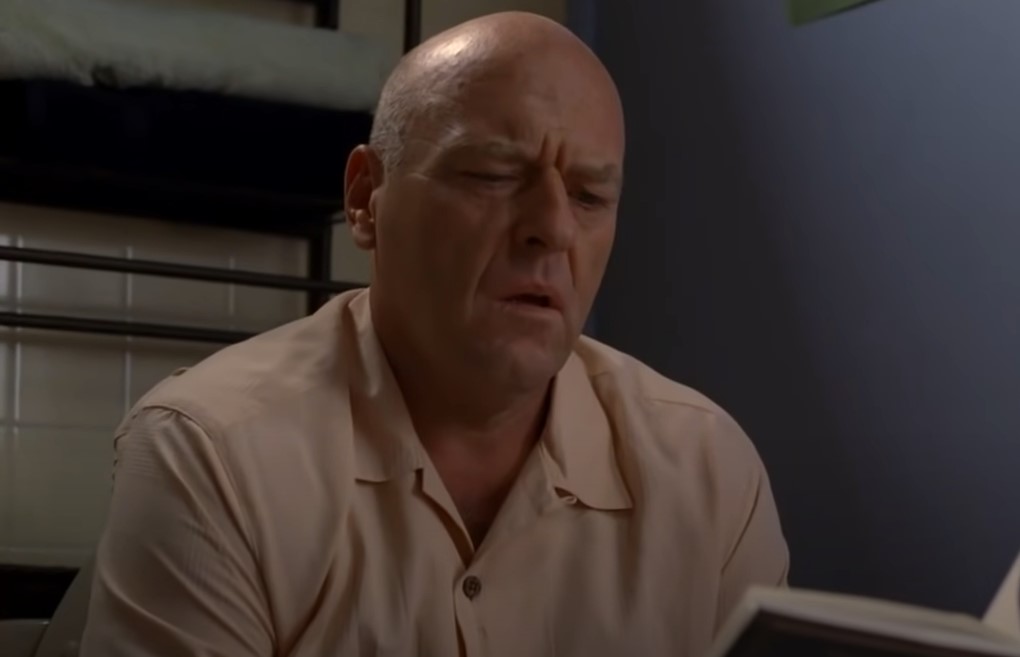 Better Call Saul is wrapping up with the final episodes of season six landing on Netflix next month, bringing Saul Goodman’s story to a possible end.

The sleazy but wildly loveable lawyer, played by the equally iconic Bob Odenkirk, first hit our screens in Breaking Bad before landing his own award-winning spin-off in 2015, with familiar faces including Mike Ehrmantraut (Jonathan Banks), and newcomer Kim Wexler (Rhea Seehorn) also joining the fold.

Ahead of part two of the final season, which will see Bryan Cranston and Aaron Paul return as Walter White and Jesse Pinkman respectively, co-creator Peter Gould teased that another character could get a spin-off in place of the drama.

Chatting to Metro.co.uk at the episode one premiere at Tribeca Film Festival, talk turned to others in the Breaking Bad universe that we could explore more of.

‘Every single one of these characters could have a whole show,’ he told us.

Could Hank Schrader get his own TV show? (Picture: AMC)

‘I could see the Hank Shrader show, absolutely.

‘But we’ll just have to see what happens. Right now. I think we’re going to give it a little rest.’

As much as we need, and demand, justice for Mike, a series focusing on DEA legend Hank (Dean Norris) would also go down a treat.

Although it would have to be a sequel series set before Breaking Bad, as the officer was gunned down by Jack Weckler (Michael Bowen) in a tense stand-off in the final season.

Side note: We’re still not over his devastating exit.

Walt and Jesse will be returning to the fold in the last season (Picture: AP)

Dan McDermott, who serves as the president of entertainment and AMC Studios at AMC Networks, recently confirmed that the door is ‘always open’ for another option to expand the universe – if Peter and fellow creator Vince Gilligan are on board.

‘I can tell you that if I could do anything to encourage Vince and Peter to continue on in this universe, I would do it,’ he told Variety.

How will Better Call Saul end? We don’t have long to find out… (Picture: AMC)

‘I think you’d have to ask them, but the door is always open and I long for the day my phone rings and Vince, Peter or our friends at Sony call to say, “Hey, I think we have another show set in this universe”.’

Rhea, who joined the fold as Kim in season one of Better Call Saul, was previously questioned on the possibility of exploring more of her character once the credits rolled.

Who is shot in terrifying EastEnders gun siege?

Keeping coy on the plans, she added to Deadline: ‘Peter and Vince have said publicly that though they …read more

Cristiano Ronaldo and Georgina Rodriguez are making the most of their summer getaway (Picture: Splash News) Cristiano Ronaldo and Georgina Rodriguez have quite literally made a splash in Ibiza, with the couple enjoying all the water sports while lounging on a superyacht.  The Manchester United footballer has whisked his large family away on a sun-kissed […]

Megan is embracing her condition (Picture: SWNS) A 26-year-old woman has revealed how her decision to grow out her natural beard has done wonders for her confidence and self-esteem. Morgan Coleman says she knew she was different from most girls before she was even a teenager. This was because at age 11, hairs grew on her […]