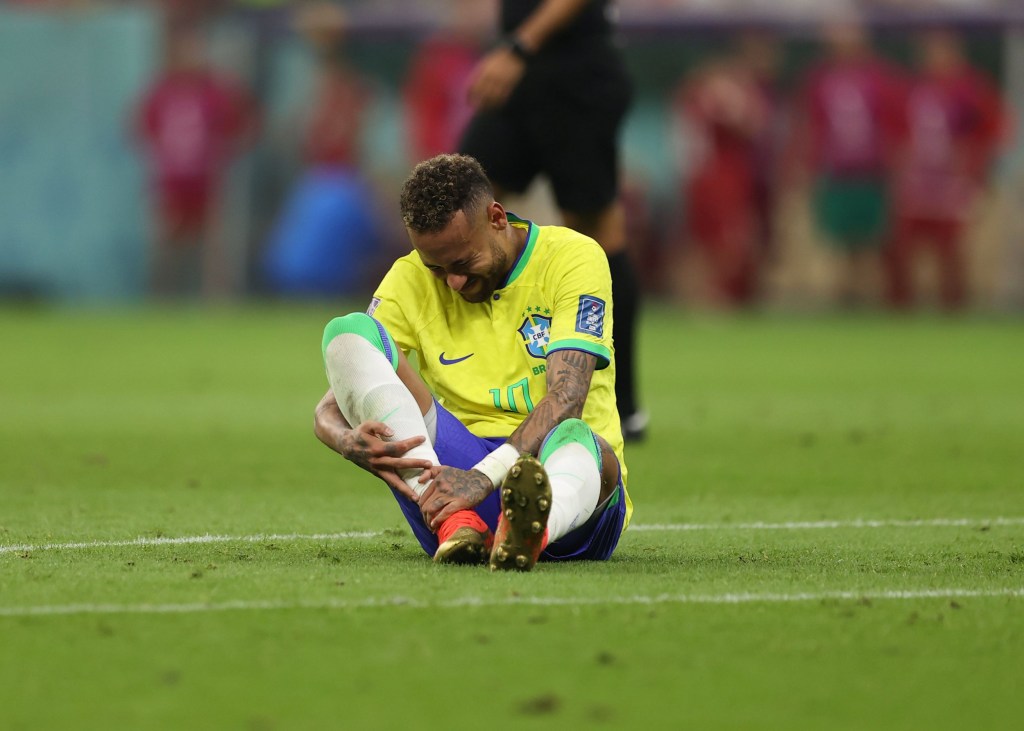 Brazil face an anxious wait over Neymar’s injury following their 2-0 victory over Serbia at the World Cup.

Richarlison’s double has given Brazil the perfect start in Group G but the South American nation could now be without their talisman after Neymar was forced off in the second half.

The 30-year-old, who was fouled nine times during the game, suffered a sprain to his right ankle but continued to play for another 12 minutes before leaving the field.

As he was being treated by physios, Neymar could be seen in tears as he sat on the bench while he was consoled by his Brazil teammates.

Neymar was also seen visibly limping as he made his way to Brazil’s dressing room, while pitchside photographers were able to capture the immediate swelling to the forward’s right ankle.

Neymar is now in a race to be fit for Brazil’s second game in Group G against Switzerland on Monday.

Neymar was in tears on Brazil’s bench (Getty)

‘It is important to see how he will respond. We have already started the treatment and we need to be calm and patient.’

When asked if Neymar’s World Cup is in doubt, Lasmar said: ‘It’s too early to say.

‘You have to be calm to define how the evolution will be.’

Summer lost the baby (Picture: ITV) There was sadness for Summer Spellman (Harriet Bibby) in tonight’s Coronation Street when, after feeling ill all day, she started bleeding and was told at the hospital that she’d suffered a miscarriage. This came after a visit to Mike (Tom Lorcan) and Esther (Vanessa Hehir), the couple who plan […]

Mariah Carey, the Queen of Christmas, is waving her wand and bestowing magic on two lucky fans (Picture: WireImage, Samir Hussein, Getty Images) All I Want For Christmas is to visit Mariah Carey’s actual home and, for the first time ever, it might actually become a reality.  The pop superstar is set to open the […]