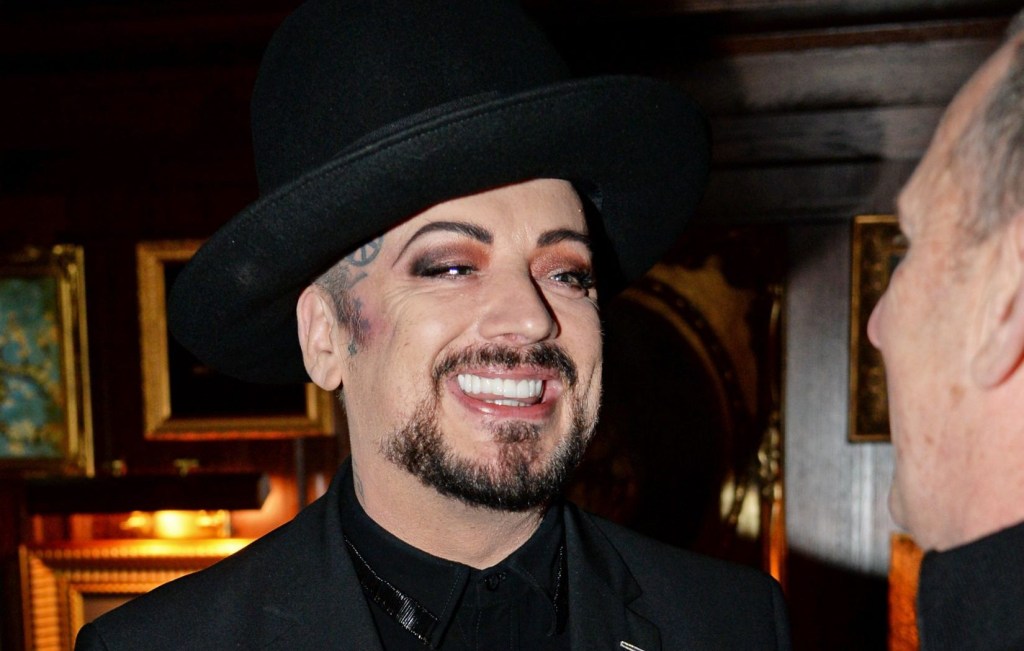 Boy George has hit out at British Airways for allegedly making everyone in First Class wait while Victoria Beckham’s driver picked her up directly from the aircraft after a recent flight.

The Culture Club star, 61, vented his frustration on Twitter after apparently being made to wait before he could leave a flight they had both been on.

He tweeted: ‘Nice touch for @britishairways to leave everyone in first class waiting for steps while Victoria Beckham’s car picks her up at the aircraft. Proper going to avoid flying BA for a while!’

Boy George did not offer any further details on where the flight had flown in from or to, but it is believed to have landed in the UK where he is set to perform in London on Friday night after Culture Club spent the last two weeks touring the US.

He appeared to backtrack later, deleting the tweet and adding: ‘I’m an impulse tweeter but I get over it faster than most!’

It’s not the first time Boy George has butted heads with Victoria, revealing in 2018 that she had refused an autograph for him.

He hit out at being made to wait to leave the plane (Picture: Twitter)

I’m an impulse tweeter but I get over it faster than most!

He told KIIS 1065’s Kyle and Jackie O: ‘She’s a little bit more serious now isn’t she, but this was a fun moment in her life.

‘I nabbed her at a radio station and said will you write something funny on this for me and she wouldn’t write what I asked her to write, but she wrote, “To the b***h, f**k off!”’

Victoria was reportedly picked up from the plane by her driver (Picture: victoriabeckham/Instagram)

Boy George also later refused to let an act on The Voice perform a Spice Girls song, telling them: ‘The Spice Girls are awful. I hate them. They’ve just got nothing to say.

‘They are a cynical corporate creation and proof that a good stylist is more important than a good melody.’

Metro.co.uk has contacted representatives for Victoria Beckham and British Airways for comment.

MORE : David Beckham and Harper have most wholesome holiday together in Venice as Victoria watches on from afar: ‘Special time …read more

We need more video games like Heartstopper (pic: Netflix) It’s about time an AAA title made a positive, LGBTQ+ relationship integral to the gameplay experience. Although LGBTQ+ representation in fictional media is still massively lacking, there have been a few positive examples during the last few years. Films and shows such as Moonlight, It’s a […]

Can you wait a couple more weeks? (pic: Nintendo) Multiple sources point towards a late June Nintendo Direct, but there’s no word on what will be shown off. When it comes to gaming showcases, only the Nintendo Direct can get people feverishly talking about it even when one hasn’t happened. Given the time of year, […]

Jess and her husband William Lee-Kemp showed off their new arrival in an adorable picture (Picture: PA/Hello!) Reality star Jess Wright has announced that her first child was delivered by emergency Caesarean section five days before her due date. The former The Only Way Is Essex cast member, 36, had been ‘intent’ on having a […]