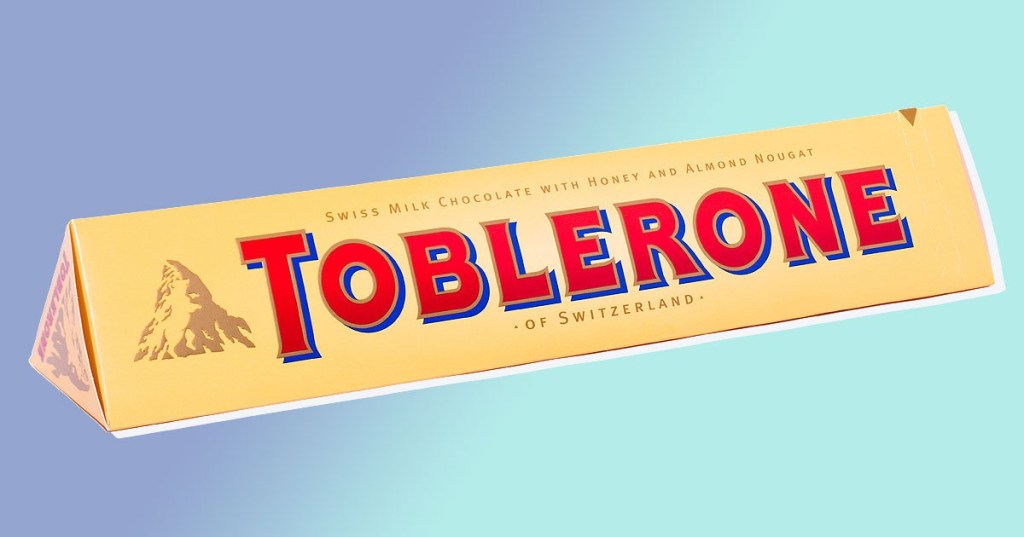 Can you see him? (Picture: Alamy/Getty)

How many Toblerone bars have you snaffled in your lifetime?

From an airport duty free souvenir to a staple stocking filler, the prism-shaped treat is a favourite for gifting.

But even the most ardent of Toblerone fans are being left flummoxed by a child’s ‘discovery’, suggesting we may be ripping into the packaging a little too enthusiastically each Christmas.

Stephanie, the mother of a 10-year-old boy, tweeted about a comment her son made upon receiving his first ever bar.

‘My son had his first Toblerone today,’ she wrote, adding that he asked her, ‘What’s the bear for?’

‘What bear?’ replied Stephanie, before noting: ‘I was today years old when I found out there’s a bear on the Toblerone logo.’

The bear outline is quite subtle until it’s pointed out (Picture: Toblerone)

The outline of a bear can be spotted within the Swiss brand’s mountain logo, but it’s apparently easily missed.

One man replied to Stephanie’s tweet saying: ’71 years old, 50 Christmas’ of Toblerone and after a search of the package, I finally found the Bear! Your son is brilliant!’

The sweet, which features crunchy and chewy pieces of almond and honey nougat, is produced in the town of Bern, Switzerland, which is known as the ‘city of bears’.

As the Alpine region is characterised by its own species of bear alongside its rugged landscape, it makes sense that both would feature on the iconic chocolate’s logo.

What doesn’t make sense, though, is how many people had never clocked the emblem’s double meaning.

One commenter may offer a clue, though.

‘In my defense,’ they wrote, ‘the wrapper is the last thing I’m thinking about when I get one.’

MORE : A five-year-old is selling bracelets to buy supplies for her local food bank

MORE : Tasty sprouts and chatting to in-laws: These are the hardest things to get right at Christmas

Viewers believe this character is Mark (Picture: Disney Plus / Twitter) MCU fans are dead certain that Mark Hamill has made a sneaky cameo in The Guardians of the Galaxy Holiday Special. The Disney Plus programme follows the Guardians, who are on a mission to make Christmas unforgettable for Quill, as they head to Earth […]

Balde is currently with the Spain squad in Qatar (Picture: Getty) Barcelona starlet Alejandro Balde has named Manchester United as the club he would like to play for other than the La Liga giants. The 19-year-old left-back has set about establishing himself in Xavi’s starting XI this season, replacing Jordi Alba and starting 12 of […]

The best tabletop games for Christmas 2022 – from Skyrim: The Board Game to Star Wars Pandemic

Shadow of the Dragon Queen – a warm night in (pic: Wizards of the Coast) GameCentral presents the top 10 board game and role-playing gifts for this Christmas, including new Dungeons & Dragons and Catan sets. Board games and Christmas go together almost as well as turkey dinner and a family row, so it’s no […]