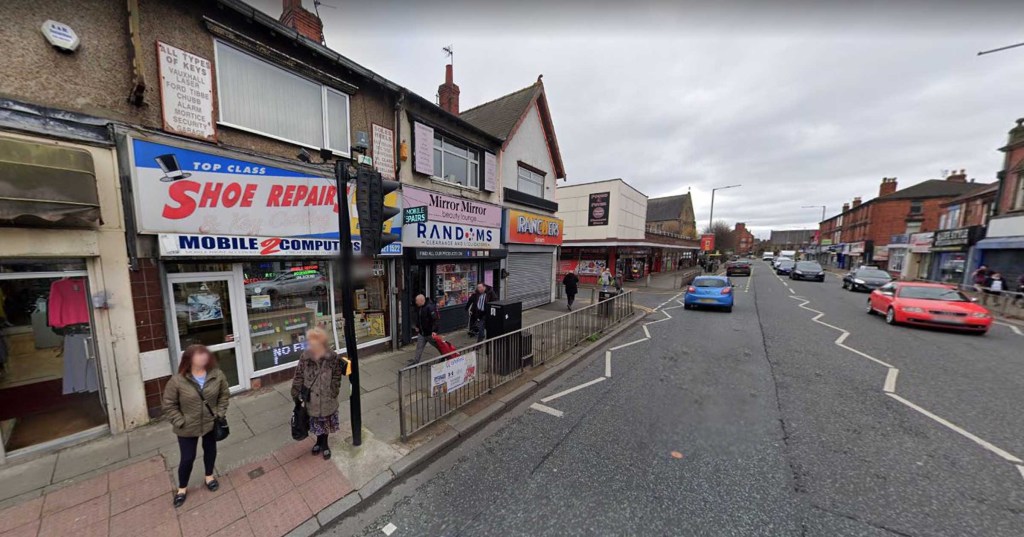 The boy and his mum were approached outside Top Class Shoe Repairs in the middle of the day (Picture: Google Maps)

A stranger snatched a four-year-old boy out shopping with his mum in Liverpool and carried him away across the road.

The man approached the pair outside Top Class Shoe Repairs, on Walton Vale on Tuesday at around 12.45pm.

As he walked across the road with the boy, his mum followed after him, managed to grab her son back, and headed into a nearby shop.

The stranger then walked off in the direction of Iceland, towards Rice Lane, police said.

Officers described the suspect as an Asian man in his early 30s, around 5ft 5in tall, of stocky build.

Investigators are asking anyone who may have witnessed the incident to contact them with more information.

Meanwhile the mum posted a warning on Facebook which has been shared by thousands of locals.

Community Policing Inspector Sarah Rotherham said: ‘We have launched an investigation into this incident to establish the full circumstances.

‘This took place in the day on a relatively busy road and we are appealing for anyone who witnessed the incident to contact us.

‘I also urge people who were in the vicinity at that time to please check your CCTV and dashcam footage which may have captured the incident.

‘I’d also like to assure everyone that we take any reports of this nature extremely seriously.

‘We’ll act on all information provided and are absolutely determined to find this man to ensure that no such incidents happen again.’

Christina Perri is expecting another baby (Picture: christinaperri/Instagram / Getty) Christina Perri has revealed she is pregnant with her second baby after losing two babies two years ago in a heartbreaking miscarriage and stillbirth.  The singer, 35, took to Instagram to share the joyful news that she and husband Paul Costabile are expecting again, sharing […]

If I catch you staring at my scars, prepare for me to ask you why

I had my last surgery at 17 (Picture: Jesse Badger/Rob Rhodes) Stepping onto the tube, I took a seat and opened my book to while away my journey. Yet within minutes, I felt a set of eyes boring into me.  Looking up, the woman on the opposite seat was gawping. It could have been because […]