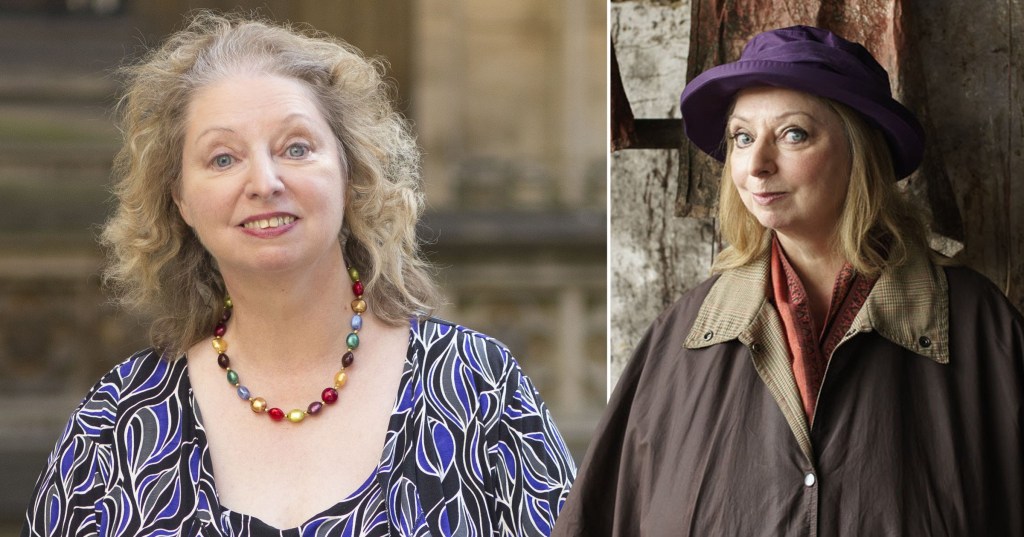 The 70-year-old was best known for her historical trilogy Wolf Hall, about the life of Thomas Cromwell, which later became made it to TV screens and became a hit West End show.

Her literary agency 4th Estate Books announced on Twitter: ‘We are heartbroken at the death of our beloved author, Dame Hilary Mantel, and our thoughts are with her friends and family, especially her husband, Gerald.

‘This is a devastating loss and we can only be grateful she left us with such a magnificent body of work.’

Dame Hilary won the Man Booker Prize twice, for Wolf Hall and its sequel, Bring Up the Bodies, which also won the 2012 Costa Book of the Year.

We are heartbroken at the death of our beloved author, Dame Hilary Mantel, and our thoughts are with her friends and family, especially her husband, Gerald. This is a devastating loss and we can only be grateful she left us with such a magnificent body of work. pic.twitter.com/d8bzkBBXuH

The conclusion to her ground-breaking The Wolf Hall Trilogy, The Mirror and the Light, was published in 2020 to huge critical acclaim, an instant number one fiction best-seller and longlisted for The Booker Prize 2020 and winner of the Walter Scott Prize for Historical Fiction, which she first won for Wolf Hall.

Paying tribute, publishers HarperCollins described Dame Hilary as ‘one of the greatest English novelists of this century.’

Their statement went on: ‘Her beloved works are considered modern classics. She will be greatly missed.’

Mark Fullbrook has been brought in to run the show behind the scenes in Number 10 but has found himself in the headlines (Picture: Getty/PA) Liz Truss has been forced into a U-turn after it emerged a key aide was being paid his salary via a lobbying firm while working in Number 10. Mark Fullbrook […]

The two leaders met today and discussed the need to ‘stay united’ (Picture: Getty Images/Reuters) Liz Truss has said the series of explosions which caused leaks of Nord Stream 1 and 2 are ‘clearly acts of sabotage’. The Prime Minister discussed the ruptures in the Russia-Germany gas supply lines with Denmark’s prime minister Mette Frederiksen […]