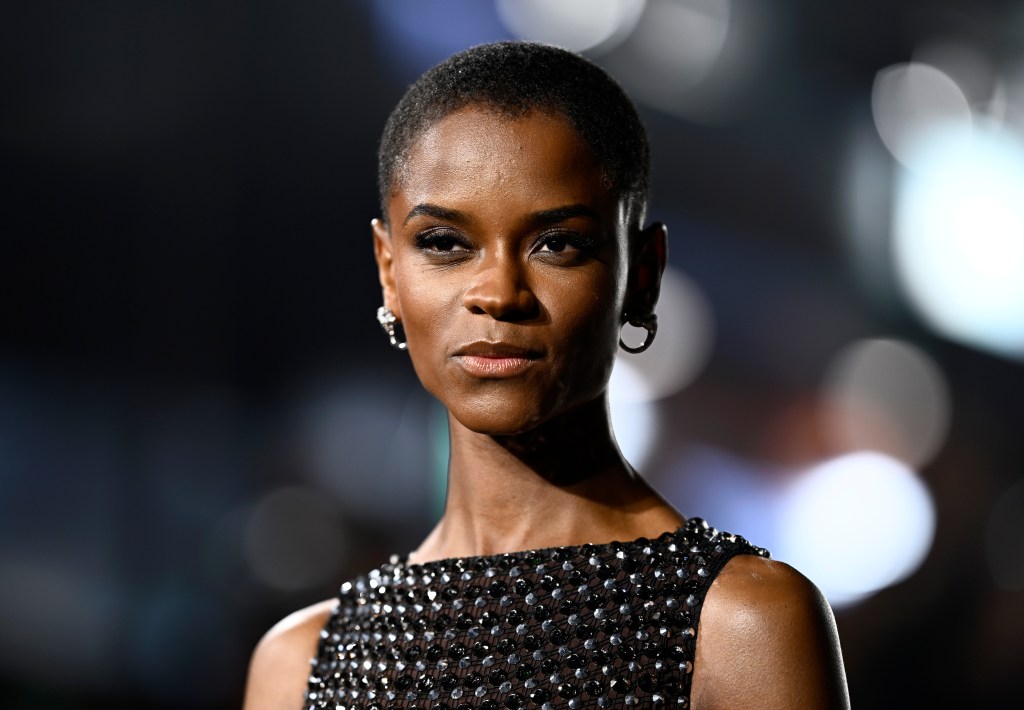 Black Panther actress Letitia Wright has slammed a publication after she was grouped in with the likes of Woody Allen and Roman Polanski in light of her controversial post about the Covid vaccine.

The actress, who plays Shuri in the blockbuster Marvel franchise, came under fire in 2020 when she reposted a video on social media which questioned the Covid vaccine during the height of the pandemic.

Wright, 29, apologised at the time and has since been able to move past the controversy, returning to screens this month in the Black Panther sequel Wakanda Forever.

An article published by The Hollywood Reporter this week was titled ‘How Personal Baggage Will Impact Oscar Chances’ and discussed how recent scandals involving stars such as Will Smith, who slapped Chris Rock at the Oscars, and Brad Pitt, who was accused of abusing his family, would impact their chances of Oscar nominations and wins.

It also named controversial Hollywood figures such as filmmakers Polanski and Allen, who have faced sexual misconduct allegations of varying degree, alongside Casey Affleck with all three receiving Oscars in the past.

Wright hit back at the piece, written by journalist Scott Feinberg, in her Instagram stories on Monday, stating: ‘How dare you. You mentioned my name alongside men who have been accused of abuse & sexual misconduct. This is vile behavior.

The actress shared an anti-vaxxer video at the height of the pandemic but later apologised (Picture: Getty Images)

Roman Polanski pleaded guilty to one count of unlawful sexual intercourse with a minor in 1977 but fled the US and has remained abroad since (Picture: Getty Images)

‘At this point a personal vendetta towards me. I’ve done nothing wrong but respectfully refused to do interviews with this publication. Stop your nonsense.’

She continued: ‘I apologized TWO years ago. Remained silent on the topic. You lied and said I continued talking about it with my cast and crew on my set. THIS WAS NOT TRUE. ASK MY PRODUCER AND DIRECTOR. The film is successful.

‘Your agenda towards me is now even more clear. I won’t remain silent. Stop your disgusting behavior.’

Wright has won applause for her return as Shuri in Black Panther: Wakanda Forever and is tipped to clean up during awards season (Picture: Marvel Studios)

Wright then shared another story directly aimed at the journalist, and accused him of having a ‘personal agenda’ while recalling how she was told to ‘kill myself’ by trolls amid the Covid anti-vaxxer backlash.

Referring to Wakanda Forever and her late co-star Chadwick Boseman, she added: ‘The movie is beautiful, impactful & breaking box office. I worked my a*s off with my cast and crew to dedicate it to my Brother. How dare you.

‘Did my performance rattle you that much? It was that excellent huh? I’m still …read more

Cristiano Ronaldo is now expected to leave Manchester United (Picture: Piers Morgan Uncensored) Manchester United star Victor Lindelof has refused to answer questions Cristiano Ronaldo’s controversial interview and says he will not speak on the issue. The 37-year-old stunned the football world with a tell-all interview with Piers Morgan earlier this week. The main snippets […]