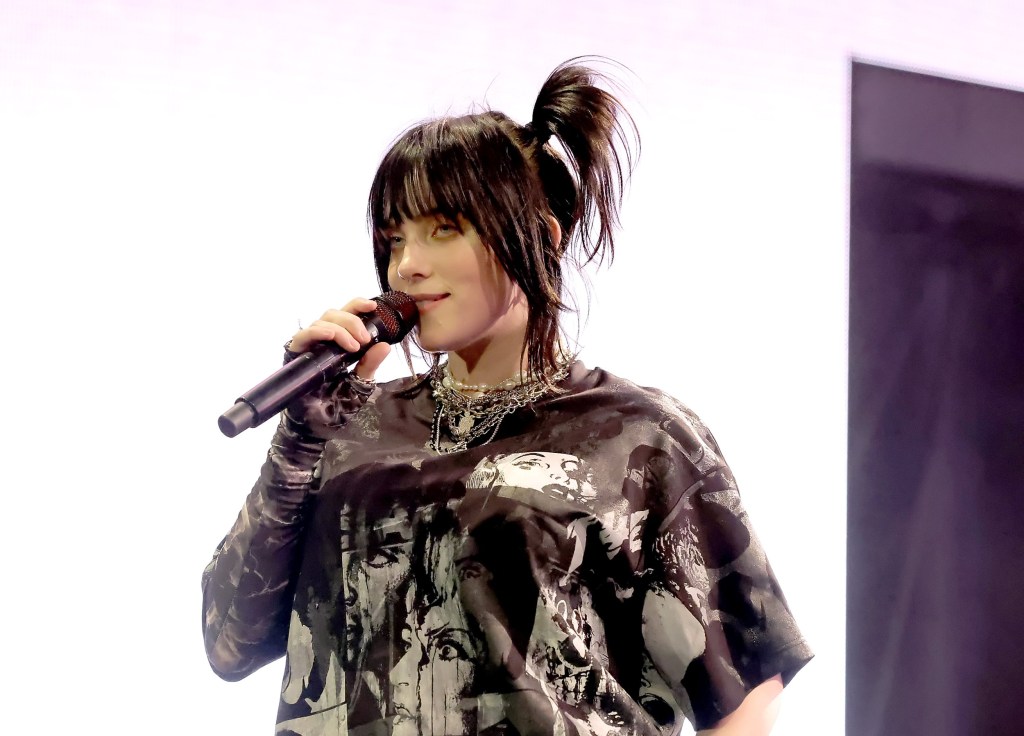 Tonight Billie Eilish will make history as she takes to the Pyramid Stage to headline the first major night of Glastonbury festival.

The 20-year-old Grammy and Brit-Award winner will become the youngest ever solo headliner when she performs alongside her brother and co-writer Finneas O’Connell.

The US pop star made her Worthy Farm debut in 2019 when she performed on the Other Stage and treated crowds to a string of tracks such as Bad Guy and You Should See Me In A Crown.

Well acquainted with tour life by now, in the weeks leading up to Glastonbury, she’s played a string of UK and European tour dates and also hosted a climate event, Overheated, at London’s O2 Arena.

She also topped the bill at Coachella in the US in April, bringing out guests Khalid and Damon Albarn for a set that thrilled fans and reviewers.

The festival-goers have pitched their tents and they’re ready to rock (Picture: AP)

So, safe to say, she may be the youngest to ever headline the stage but she’s got the credentials. And then some.

Still, speaking ahead of her momentous slot, Billie admitted she feels ‘undeserving’ of such stages.

‘It’s a serious once-in-a-lifetime opportunity to be asked to go to and to do.

The star is fresh from a set of dates at the O2 in London (Picture: Samir Hussein/Getty Images for Live Nation UK)

Sir Paul McCartney will also make history when he headlines on Saturday (Picture: Kevin Mazur/Getty Images for The Rock and Roll Hall of Fame )

‘But first of all, it makes you doubt everybody because you’re like, “Why would you choose me?” But with that being said, that’s why I’m even more excited about it and stoked to be the youngest headliner ever,’ she told Matt Wilkinson on his Glastonbury special show on Apple Music 1.

Alongside Billie, Sir Paul McCartney will also make history as Glastonbury Festival’s oldest ever solo headliner when he takes to the stage on Saturday.

The festival will see the former Beatle return to top the Pyramid stage bill for the second time after a performance in 2004, which also marks exactly a week after celebrating his 80th birthday and 60 years of music making.

And lucky for the punters blessed enough to score a ticket to the hottest festival in town, if not the world, Billie’s performance, at …read more

Romelu Lukaku is set to return to Inter (REX/Shutterstock) Inter have rejected Chelsea’s attempt to swap four players in the deal which will see Romelu Lukaku return to Italy, according to reports. Lukaku is now on the verge of moving back to Inter on an initial loan deal less than a year after his £97.5 […]

Tyson Fury will hand over £1million to Piers Morgan if he goes back on his word (Picture: TalkTV) Heavyweight champion Tyson Fury has promised to give Piers Morgan £1million if he ever returns to the ring. ‘The Gypsy King’ announced his retirement from the sport after a stunning knockout win over Dillian Whyte in April. […]