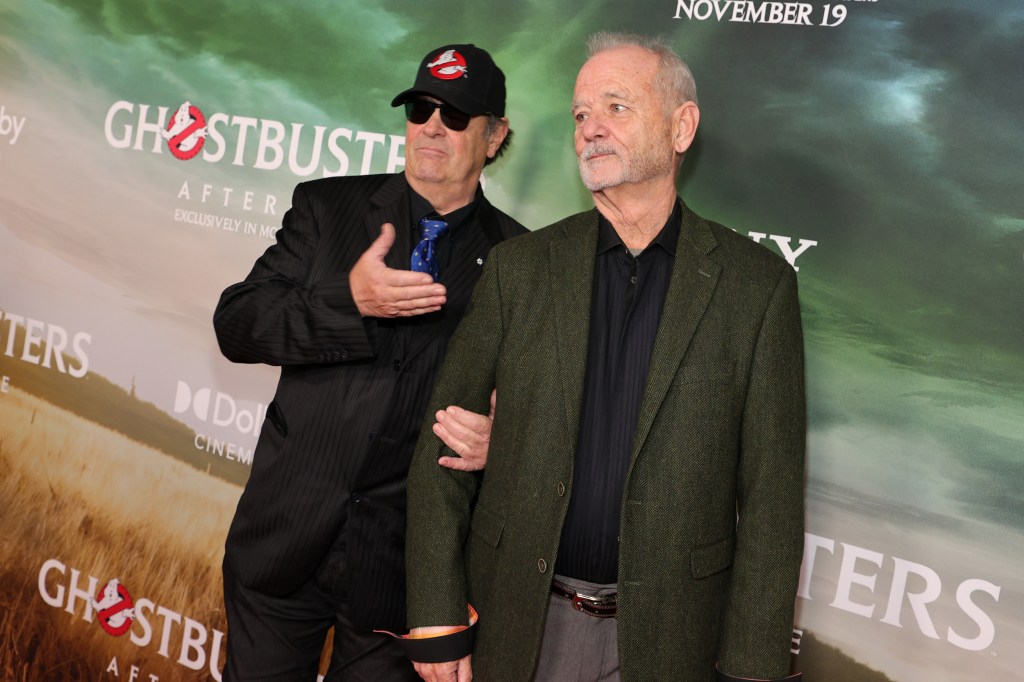 The franchise’s original cast could be returning for the next instalment (Picture: Getty Images)

The surviving cast members of Ghostbusters are supposedly set to appear in the upcoming Ghostbusters: Afterlife sequel.

Bill Murray, Sigourney Weaver and Dan Ackroyd are among the stars from the 1984 classic who will be featured in the next movie in the franchise.

Alongside a return of old faces, filmmakers are reportedly planning to shift the action from New York to London.

Giving the storyline’s backdrop a new look while keeping old actors in their once iconic roles was allegedly an attempt to revive the series ‘magic’.

A source told The Sun newspaper’s Bizarre column: ‘Studio bosses are taking a classic franchise, setting it in a new location but keeping the magic of the original.

‘It’s going to be brilliant.

The first film was directed by Ivan Reitman in 1984 (Picture: Getty Images)

‘Ghostbusters’ has always been synonymous with New York, but to mix things up this time the team was thinking of other great cities with a haunted history.’

The source continued: ‘London is perfect. It gives so much license to look back at classic landmarks and British history, but still in an urban setting.

‘The plans look very cool, and getting the original stars interested wasn’t difficult. They all love the movies and look back at them very fondly.’

The news comes a month after it was announced Gil Kenan will be directing the sequel, with the Ghostbusters Afterlife filmmaker moving into a writer-producer role.

Gil said: ‘It’s an absolute honour to pick up the proton pack and step behind the camera for the next chapter of the Spengler family saga.

The legendary actors have been tipped to return to the franchise (Picture: Getty Images)

Bill will be joining a movie that is now set in London rather than the usual New York (Picture: Getty Images)

‘I just wish I could go back to 1984 and tell the kid in the sixth row of the Mann Valley West that one day he was going to get to direct a Ghostbusters film.’

Jason – the son of the late Ghostbusters director Ivan Reitman – revealed: ‘A few years ago, my father handed me the keys to Ecto-1, and together we made Ghostbusters: Afterlife.

‘Words will never express how grateful I am to have made a film with my father by my side.

‘It’s now time to hand those keys to my creative partner and fellow Ghostbuster Gil Kenan, a brilliant director who will keep the Spengler spirit alive.

‘I can only hope to provide him the same producorial care and support that my father showed me.’

Wilfried Zaha rejoined Crystal Palace from Man Utd back in 2014 (Photo: Getty) Former Manchester United defender Mikael Silvestre has warned Erik ten Hag’s side to be wary of two Crystal Palace stars ahead of their clash on Wednesday night. United travel to Selhurst Park looking for a 10th consecutive win and to close the […]

Bill and Frank’s tale will make you believe in hope in world where many have none (Picture: HBO/Sky) Warning: spoilers ahead for The Last of Us episode 3. Even fans of The Last of Us video game franchise would have had no idea of the emotional gut punch that was in store for them while […]

Brendan Fraser surprised London cinemagoers as he introduced a double bill of The Mummy and The Mummy Returns (Picture: Shutterstock) Cinemagoers got more than they bargained for when they hit the theatre to watch a special screening of The Mummy starring Brendan Fraser. The actor is firmly back in the spotlight as his comeback film […]