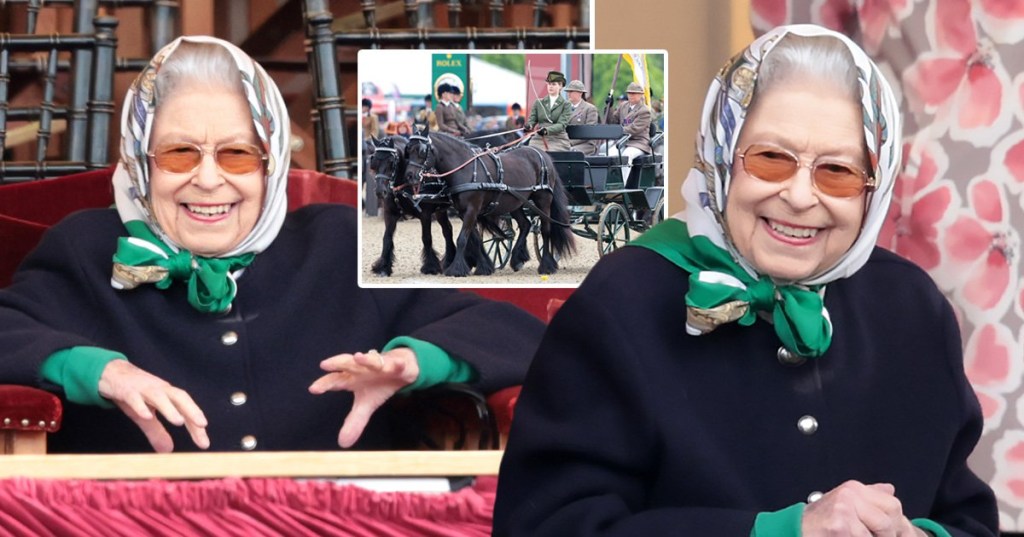 Screens will be set up in London, Scotland and Cardiff (Picture: Getty)

Big screens will be set up in Britain’s capital cities so that people can watch the Queen’s Platinum Jubilee celebrations.

Screens broadcasting the events will be placed in The Mall in London, Princes Street Gardens in Edinburgh and in Bute Park in Cardiff over the bank holiday weekend.

Events taking places to celebrate the Queen’s 70-year reign include Trooping the Colour, a service of thanksgiving, a concert and a pageant.

A six-minute flypast of more than 70 aircraft will also complete the Queen’s birthday parade as part of the Platinum Jubilee celebrations.

The screens have been organised by the Department for Digital, Culture, Media and Sport (DCMS).

The department has launched an activity pack for children to help them learn about the Queen’s reign, including articles about how the country has changed in the last seven decades.

The Queen was pictured beaming at a horse show in Windsor on Friday (Picture: Getty)

More than 70,000 big Jubilee lunches are planned in the four UK nations over the weekend, with an expected 10 million people set to sit down with their neighbours on June 5, DCMS said.

In London, screens broadcasting the BBC’s live feed will be placed down The Mall and in St James’s Park.

In Edinburgh, screens will be placed in Princes Street Gardens with thousands able to host picnics and watch the celebrations with a backdrop of Edinburgh Castle and entertainment provided by the Royal Marines and local performers.

Bute Park, a Grade-I listed park in the heart of Cardiff’s city centre, is the venue for an afternoon of Jubilee celebrations with families invited to enjoy the Jubilee pageant on a large screen along with entertainment from the bandstand.

In Northern Ireland, primary school children can enter a design competition to create a ‘snapshot’ of the nation, with the winning entry to be manufactured into a rug by Ulster Carpets and sent to the Queen.

Events taking place in London will be broadcast on BBC, Sky and ITV.

The Queen is the first British monarch to reach 70 years on the throne (Picture: PA)

The DCMS said the BBC is offering local communities a special one-off TV licence dispensation so they can screen it on a big screen they organise themselves.

The plans will allow those celebrating in town halls, community centres and streets to show live programmes throughout the weekend without needing to purchase a licence.

Culture Secretary Nadine Dorries said: ‘In less than a month we will come together as a nation and Commonwealth to mark Her Majesty The Queen’s 70-year reign.

‘No other British monarch has reached this milestone and we will celebrate it with tradition, pomp and circumstance.

Inflation has risen to its highest level in 40 years amid the worsening cost of living crisis. The financial pain felt by households in the UK was laid bare on Wednesday when new data from the Office for National Statistics showed the rate soared to 9.1% in the year to April. It was the fastest […]

To view this video please enable JavaScript, and consider upgrading to a web browser that supports HTML5 video A pair of drunken Brits were filmed punching fellow passengers on a plane after being on a bender for eight hours. Two men in their early 30s, from Bermondsey, south London, were being ‘abusive and loud’ before the […]

Adam has transformed his life recently (Picture: ITV/REX/Shutterstock) EastEnders legend Adam Woodyatt has been speaking about his decision to stop drinking alcohol. The actor, of course best known for playing Ian Beale in the soap, has transformed his life in recent months, enjoying mountain biking and living in his motorhome. Speaking about his decision to […]