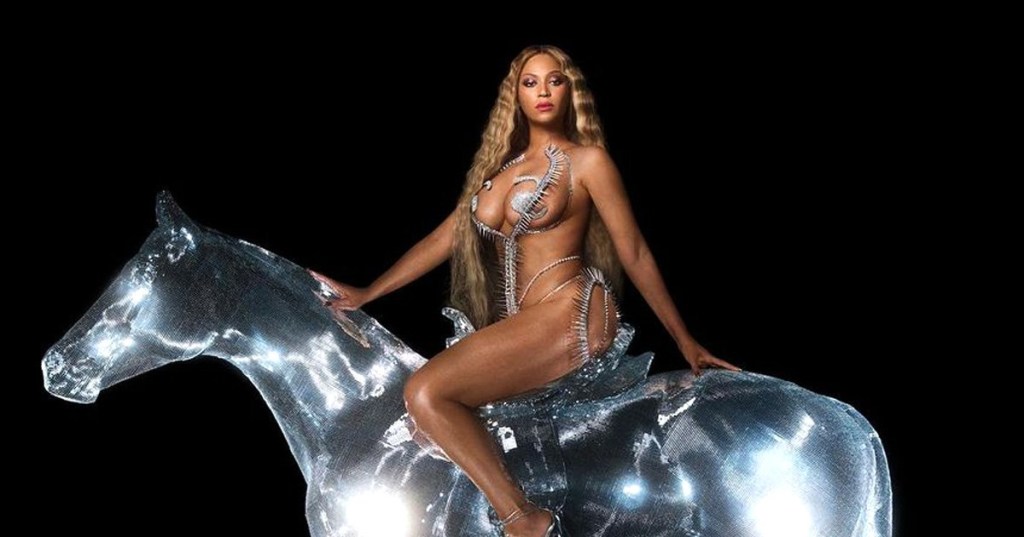 In news that will shock absolutely no-one, Beyoncé’s Renaissance hit number one in the charts (Picture: Beyonce/Instagram)

She’s done it! Beyonce has claimed her fourth UK number one album with Renaissance – but missed out on the number one single.

The Queen returned with a bang last month as she released her eagerly-awaited seventh studio album – her first since 2016’s Lemonade.

It has enjoyed absolutely massive acclaim from both her fans and the critics, and this popularity has now culminated in Renaissance hitting the top spot in the charts.

And that’s not all: so successful is the house music album that it outsold its closest competition three to one, despite being hit by certain controversies.

However, despite the stunning success of Renaissance, Beyoncé’s lead single Break My Soul failed to break the top spot.

It reached number two on the singles chart following tough competition from Afraid To Feel by LF System.

Fans and critics have been raving about the new record (Picture: Carlijn Jacobs)

Break My Soul is Beyoncé’s highest-charting solo song since If I Was A Boy, which topped the charts and took over the airwaves in 2008 – a whopping 14 years ago.

She did, however, get to number one as a featured artist thanks to Lady Gaga’s Telephone in 2010.

Break My Soul has yet to have a music video attached to it, though the music icon did tease fans with a ‘cliquebait’ trailer for the upcoming video.

In a newly released four-minute 30 seconds visual, Beyoncé starred for just 20 seconds at the start, while the remainder of the video featured a black screen with the album’s name.

While her appearance was short it was certainly sweet as the music icon still managed to make a big impact by wearing a risque silver body harness that just about protected her modesty, strappy silver heels, smokey eye shadow and bright red lipstick.

There’s plenty more success to come from Queen Bey in the nearfuture however, with fan-favourites Cuff It and Alien Superstar breaking into the top 20 at number 14 and 16 respectively.

And, as any Bey fan will know, as a member of Destiny’s Child, she reached number one with Survivor in 2001.

Beyoncé has had multiple number one albums as a solo artists, and one from her Destiny’s Child days (Picture: Redferns)

While receiving rave reviews, Renaissance has not been without its controversy.

The star was hit with backlash after listeners noticed the track Heated featured an ableist slur twice towards its end.

Beyoncé has confirmed she intends to remove the word, with a spokesperson telling the PA news agency: ‘The word, not used intentionally in a harmful manner, will be replaced in the …read more

William Saliba was commanding on his Gunners debut (Picture: Getty Images) Arsenal legend Lee Dixon has praised William Saliba for his excellent debut, but is waiting to see how the defender copes when under pressure. Saliba made his long-awaited first appearance for the club in the 2-0 victory away at Crystal Palace last weekend and […]