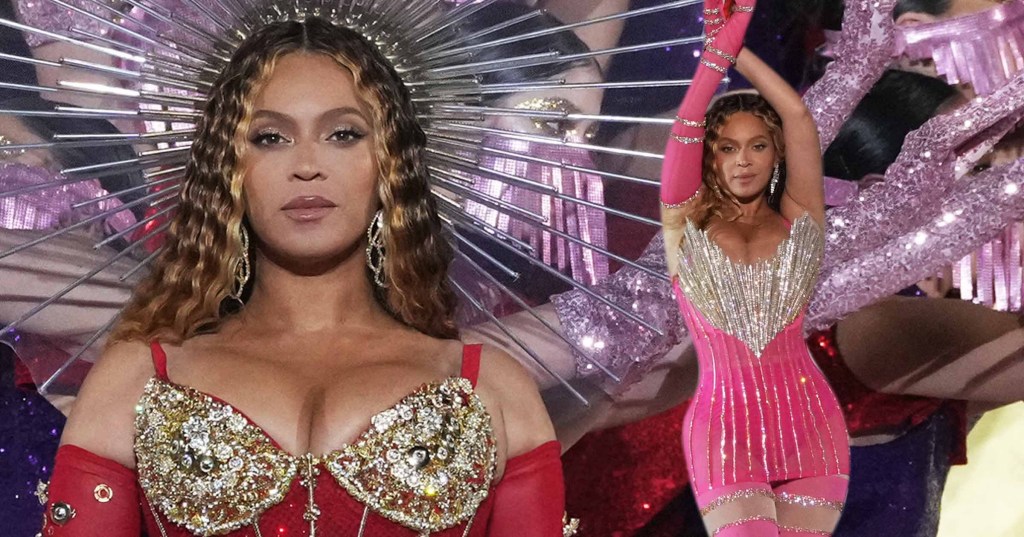 Beyonce’s private concert in Dubai has caused a divide online thanks to the UAE’s laws around the LGBTQ+ community (Picture: Getty Images)

Beyonce is facing backlash amidst all the praise for her lavish concert in Dubai due to its anti-LGBTQ+ laws.

The Halo singer, 41, performed her first show in four years at new luxury hotel Atlantis The Royal on Saturday night, where she sang for 90 minutes before a crowd including other massive names such as Kendall Jenner, Halle Bailey, Liam Payne and, of course, husband Jay-Z.

Beyonce was also joined on stage by her 11-year-old daughter Blue Ivy, with fireworks and elaborate costumes making the ultra-luxury event one to remember.

However some have begun to call out what they see as the hypocrisy of Beyonce being celebrated for her performance at the private party, while footballer David Beckham was hugely criticised for taking an ambassador role at the 2022 Qatar World Cup.

Beckham, who was idolised as a gay icon in part for becoming the first straight footballer to pose for gay magazine Attitude in 2022, was urged to back out of the multi-million pound contract due in part to the United Arab Emirates’ hardline stance against the LGBTQ+ community, which criminalises homosexuality.

Now Beyonce – who has millions of fans who are queer – is facing similar criticism for performing at the hotel in Dubai, also in the UAE, for which she is reported to have made $24million (£19.4m).

The pop icon played her first show in four years at Atlantis The Royal in Dubai, where homosexuality is illegal (Picture: Getty Images)

RuPaul’s Drag Race UK star Kitty Scott-Claus sparked a conversation when she took to Twitter to ask if there was ‘one rule for one and one for another.’

She wrote: ‘Can someone explain why everyone was cancelling David Beckham the other month but now celebrating Beyoncé for performing in Dubai?’

Fans have been divided by the issue, with some arguing Beckham was paid to promote Qatar despite its human rights abuses and anti-LGBTQ+ laws, whereas Beyonce performed a private gig at a hotel.

Others, however, argued that both were ‘paid millions to turn a blind eye’ to the regime and its human rights abuses.

Hi I have a question.. can someone explain why everyone was cancelling David Beckham the other month but now celebrating BeyoncÃ© for performing in Dubai? One rule for one and one for another?

David Beckham was paid to promote the country of Qatar and minimize its issues in order to justify the World Cup being held there.

BeyoncÃ© was paid by a hotel company to promote its new luxury resort, which happens to be in Dubai. She was not paid to promote the UAE. https://t.co/cpUWUZSGdw

To view this video please enable JavaScript, and consider upgrading to a web browser that supports HTML5 video Lockwood & Co star Ali Hadji-Heshmati has admitted even he wasn’t immune from getting spooked on the set of Joe Cornish’s Netflix drama. The Alex Rider actor plays junior agent George Karim in the chilling series, alongside […]

Thiago Silva wants to keep playing until he turns 40 (Picture: Getty) Chelsea are set to hand a contract extension to 38-year-old centre-back Thiago Silva, according to reports. Silva, who turns 39 in September, has made 105 appearances for the Blues since he arrived at the club in 2020 from French club Paris Saint-Germain and […]

Film producer Jon Peters didn’t even tell Pamela Anderson about the gift (Picture: Getty) Pamela Anderson’s marriage to Jon Peters may have been very short, but he’s left her a massive chunk of money in his will. The former Baywatch star, 55, was married to the film producer, 77, for just 12 days back in […]