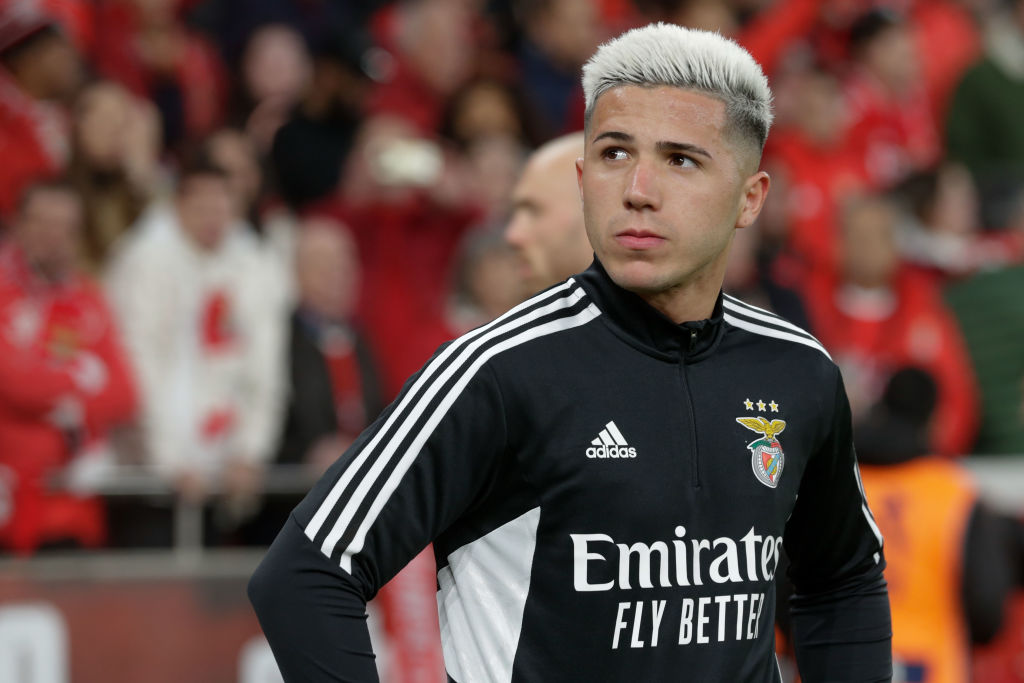 Benfica still have no intention of selling Enzo Fernandez this month despite Chelsea preparing to revive their interest in the midfielder with a late offer, according to reports.

The west London club have already made six signings in the January transfer window, notably bringing in the likes of Mykhailo Mudryk from Shakhtar Donetsk, Benoit Badiashile from Monaco and Joao Felix on loan from Atletico Madrid.

But one area of the squad which has not been reinforced is the midfield and Chelsea remain eager to try and bolster their options in the centre of the pitch before the window shuts.

They pushed hard to try and lure World Cup winner Fernandez to Stamford Bridge at the start of the month only for the deal to seemingly fall apart.

But, after unsuccessfully exploring other options – such as Brighton’s Moses Caicedo and even Tottenham summer signing Yves Bissouma – Chelsea are now thought to be readying a fresh attempt to land Fernandez.

However, Portuguese newspaper Record report that Benfica will once again resist any approach for the 22-year-old and he will only leave the club if his €120million (£105m) release clause is paid in full.

Chelsea have previously baulked at that figure and had hoped to find a compromise with Benfica, with their fresh attempt thought to be in the region of €100m (£88m) plus several players.

Fernandez is keen to move to the Premier League this month (Picture: Getty)

The Blues had offered players to Benfica previously to try and sweeten the deal, though this time the players offered have changed with David Datro Fofana no longer an option after the Portuguese side signed Casper Tengstedt.

But Benfica’s answer will be the same, with club president Rui Costa ready to tell Chelsea – not for the first time – that they must pay the release clause.

The issue with that from Chelsea’s point of view is that the figure would have to be deposited in full immediately, which they simply cannot do.

According to Record, Chelsea have remained in contact with Fernandez’s agent throughout the month and the midfielder is ready to demand a €2m loyalty bonus that he believes he is entitled to if Benfica continue to block a move.

The west London club are also conscious of growing interest from other teams, including Barcelona and Real Madrid, and fear added competition for the Argentine in the summer.

Speaking last week, Benfica boss Roger Schmidt said of his in-demand midfielder: ‘The issue with Enzo is closed. There is no issue anymore.

‘So he is our player, he is in a very good condition, he is training well, he is happy here, he is part of the squad and he is a key player. So I think I have already said everything about him.’

Every tattoo I get feels like a step further towards the truest version of myself (Picture: Aidan Milan) My mum has always been enviable. All my friends have consistently said so, admiring her style and the general way she moves through the world. From introducing me to System of a Down and The Cranberries to […]

Average rent in London hits a record £2,480 per month

Things are only getting worse… (Picture: Getty Images) Renting in London has reached a record high – with a staggering £2,480 per month the new average. It’s no secret that accommodation in the capital is on the pricier end, with many now struggling to juggle living costs with rising energy bills. Some have taken up […]

Below Deck star Kate Chastain ‘wasn’t sure’ if children were in her future before announcing pregnancy: ‘I just feel so lucky’

Kate Chastain has opened up about her pregnancy, revealing that she wasn’t sure it would ‘happen’ for her. The Below Deck icon – who has just won over fans in the Traitors US – confirmed her baby news in December, announcing she is set to welcome her first child. During an appearance on the Watch […]