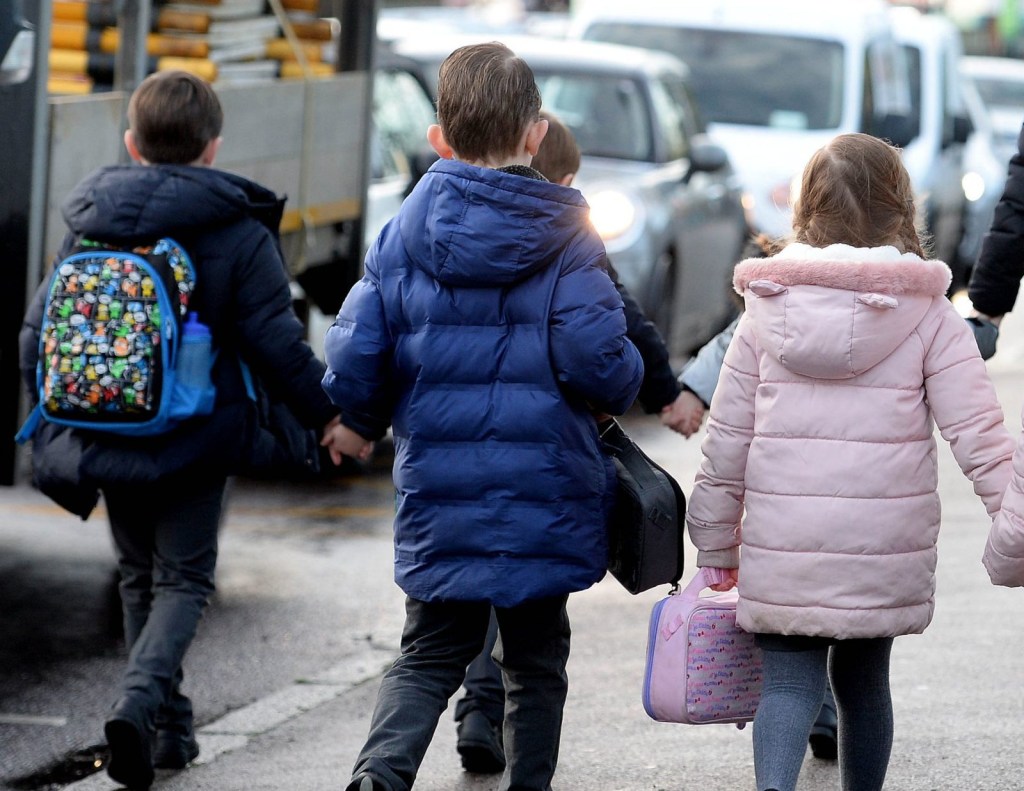 The UK Poverty 2023 report has revealed one in four children are unable to meet their minimum needs (Picture: PA)

The 3.9million youngsters – one in four – are among 13.4million people who can’t meet their minimum needs, said the Joseph Rowntree Foundation.

It found last April saw the biggest fall in the value of benefits since 1972, as they have risen just 3.1 per cent despite soaring bills and double-digit inflation.

Some 7.2million people have foregone basics such as meals, showers and heat, as life expectancy is at its lowest since 2011 in England’s most deprived areas.

‘This winter we have seen two crises collide – the cost of living is forcing families to cut back on essentials and our health service is being overwhelmed,’ said JRF chief analyst Peter Matejic.

‘The standard rates of social security are fundamentally not fit for purpose.’

Dr Mary Bousted, of the National Education Union, said the ‘harrowing’ data shows ‘the scale of hardship inflicted on families by this government’s economic policies’. The government said: ‘We recognise families across the country are facing financial pressures… that’s why we are committed to halving inflation this year.’ It added its support has included a £26billion package, energy cost help and free school meals.

Jerusalem has seen its worse spate of violence in almost 15 years (Picture: Getty/Reuters) A suspect arrested over the shooting of two people in Jerusalem the day after a gun massacre nearby is believed to be a 13-year-old boy. Officials say a father and son aged 47 and 23 were wounded before the attacker was […]

Gallagher? Pulisic? Lukaku? The 16 players Chelsea could sell in the summer to help balance the books

Could Chelsea really sell Edouard Mendy, Christian Pulisic, Conor Gallagher and Romelu Lukaku this summer? (Photo: Getty) Chelsea have embarked on an unprecedented spending spree, with their deadline day, British record signing of Enzo Fernandez bringing their total outlay for the season to £550million. While Todd Boehly may have improved the Blues’ squad, it has […]