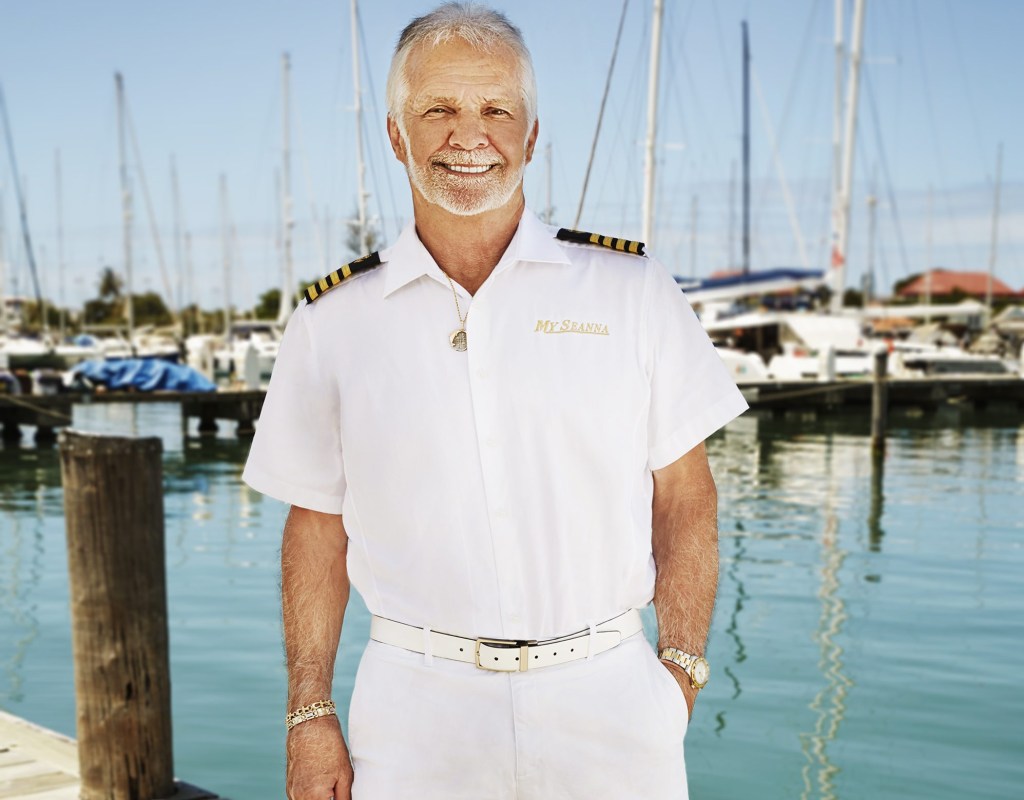 Captain Lee has been branded the ‘stud of the sea’ by Below Deck fans (Picture: NBC)

Captain Lee Rosbach appeared to tease his exit from Below Deck in a season 10 trailer, leaving his co-stars sobbing.

The 73-year-old has been a permanent fixture in the wheelhouse ever since the first series set sail in 2013, becoming a firm fan favorite in that time.

However, in an extended teaser for the upcoming series – which premiered on Monday – he could be seen sitting his employees down for a huge announcement.

As a clip of the star struggling on a cane played, he could be saying: ‘My mind is there, my heart is there, my body just won’t co-operate.’

‘So I’ve made a decision,’ he cryptically added, as his castmates began sobbing.

It is not clear what Captain Lee’s decision will be, whether he will remain on board or if anyone will come to briefly replace him.

Captain Lee had an important announcement for his co-stars (Picture: NBC)

Earlier in the episode, the fan-proclaimed ‘stud of the sea’ began a staff meeting by explaining that he had faced some health issues, and would be depending on his crew more than normal.

‘I am a little incapacitated. I have a nerve issue on my left side so I am going to depend on you guys in some areas,’ he said.

Speaking to the camera in a confessional, he added: ‘I had back surgery before I left.

‘The worst is behind me now, and the doctors have assured me that I’m just going to continue to get better. I said, “Well, I’m going to work!”’

Former Below Deck chief stew Kate Chastain previously attempted to squash fears over his time on the series, during an appearance on Brandi Glanville’s Unfiltered podcast.

When questioned about the rumors surrounding his possible exit, the Bravo icon insisted: ‘He’s always coming back. Captain Lee will probably be on Below Deck for as long as the show is on.

‘There is a saying that every good captain goes down with the ship and metaphorically Captain Lee would do that.’

Discussing potential changes to the show, she continued: ‘Coming up on the new season of Below Deck – airing this fall on Bravo – there is a change that happens, that has never happened before in prior seasons.

‘Captain Lee may or may not be the captain some of the time.’

Kate served as chief stew under Captain Lee for six years, before leaving at the end of season seven, and had maintained a strong friendship with her former boss since then.

When asked if they still keep in touch, she added: ‘They live in Fort Lauderdale …read more

Piers Morgan says Kanye West has ‘lost the plot’ after having a ‘lengthy text conversation with him (Picture: TalkTV) Piers Morgan has blasted Kanye West as ‘racist, antisemitic and homophobic’ following his shocking comments about Jewish people and Adolf Hitler. The former Good Morning Britain host has a working relationship with the rapper, having interviewed […]

Daniel Mays delighted kids can finally watch his work in new festive film Your Christmas Or Mine?

Daniel Mays has a poignant reason for getting excited about his new film, Your Christmas or Mine?, after revealing that his children can finally join in the fun. The 44-year-old has graced our screens countless times over the last two decades, appearing in White Lines, Line of Duty and 1917 among many others. However, his […]