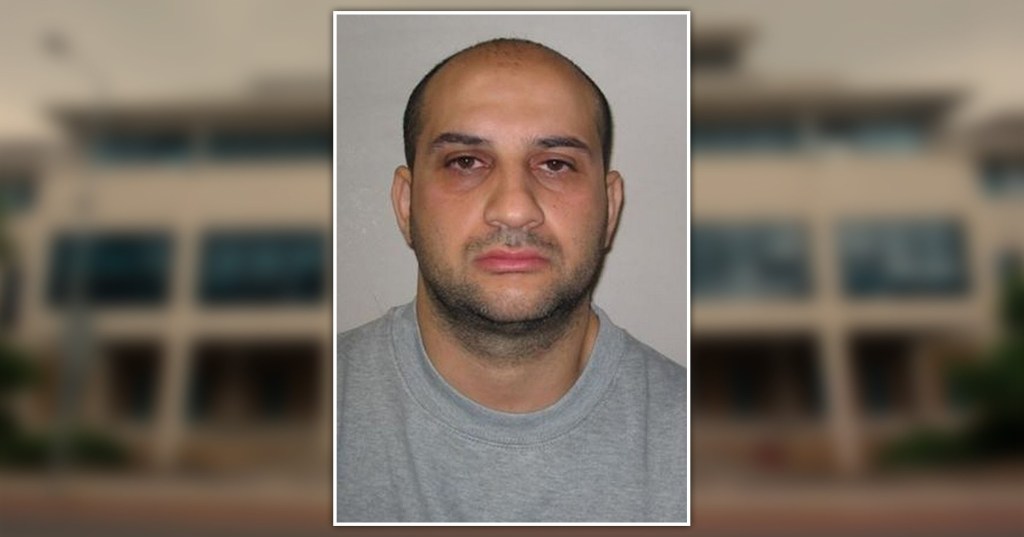 Tarek Namouz, 43, has denied knowing the money would be used for terrorism (Picture: REX)

A former barber used money from his Covid relief grant to fund Islamic State fighters in Syria, a court has heard.

Tarek Namouz had received thousands of pounds from Hammersmith and Fulham Council, west London, during the pandemic.

Instead of using the payment to support his struggling business, the 43-year-old wanted to buy a building for ‘storing weapons’ and occupy it with ‘IS fighters’.

Kingston Crown Court was told that he sent as much as £25,000 to organise terror attacks against ‘non-believers’ in the war-torn country.

All identifiable transfers, totalling about £11,280, were sent to Yahya Ahmed Alia between November 2020 and May 2021.

But jurors heard that Namouz told a visitor while behind bars he had transferred more than double that amount.

Prosecutor John McGuinness KC said analysis of one of his phones showed he was in ‘regular WhatsApp communication’ with Alia.

He was arrested in May 2021 on suspicion of fundraising for terrorist purposes (Picture: SWNS)

‘I shall supply the funds… and you deal with the required purchases including buying weapons and planning on the ground, making war plans and providing equipment,’ one of them read.

On the same day, Namouz said he wanted to ‘burn’ Christianity, adding that he had ‘incinerators like Hitler’, jurors were told.

Four days later, he told Alia that whoever was unhappy with them taking control of ‘all people by force’ would suffer ‘striking the necks’ and ‘slaughtering with the knife’, adding ‘kill the non-believers’.

Another message suggested the two make ‘sniping guns with a shooting calibre of Kalashnikovs’ before taking Damascus back ‘from the invaders’.

He lived in the flat above his barber shop in Hammersmith (Picture: Google)

Further analysis of his telegram account showed Namouz had been learning how to prepare explosive substances and create improvised explosive devices.

His versions as to why he sent the money to Syria keep changing, but he denies knowing the money would be used for terrorism.

During one police interview, he told officers he had sent the money to ‘help… the poor and needy’, the court heard.

In another, Namouz said he wanted to retire in Syria and sent the money over to buy land.

Police raided his flat above his shop, Boss Crew Barbers, in Blythe Road, in May last year.

He was arrested on suspicion of fundraising for terrorist purposes.

Grant Wahl was let into the stadium after an ‘unnecessary ordeal’ (Picture: Twitter/@GrantWahl) An American journalist says he was detained at the Qatar World Cup because he was wearing a T-shirt displaying an LGBTQ+ rainbow. Grant Wahl said a security guard refused to let him into the stadium when he tried to enter to watch […]

The booze gap: Women can’t get drunk without judgement – but men can

Sexist stereotypes are at large here (Picture: ae_iMac) As World Cup fever sweeps the UK, slurred chants of ‘It’s Coming Home’ is set to become a familiar sound. The sight of football-shirt clad men singing with their arms around each other is often seen as fun, just ‘lads being lads’. But are women afforded the […]

Guardians Of The Galaxy – the best Marvel game? (pic: Square Enix) The Thursday letters page debates the ideal length for a modern video game, as one reader takes a year to buy an Xbox Series X game. To join in with the discussions yourself email gamecentral@metro.co.uk Superhero ranksGreat review of Marvel’s Midnight Suns, GC. […]