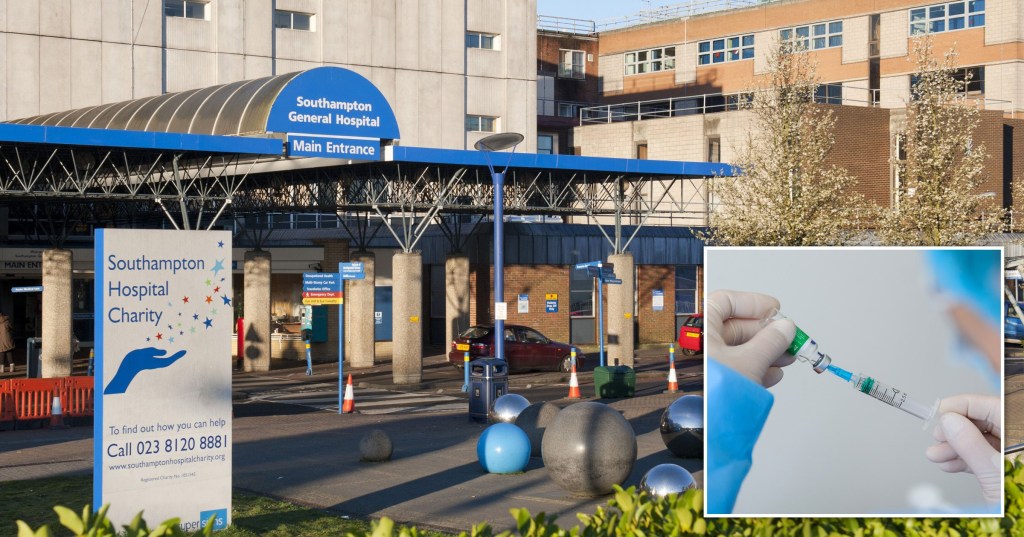 A baby girl drowned in the bath after her mother fainted during an adverse reaction to a Covid jab, an inquest has heard.

Louise Atkinson blacked out while nine-month-old Eleanor, also known as Ellie, was in three inches of water.

The lawyer had received her first dose of the Oxford-Astrazeneca vaccine the previous day.

Ellie’s father James found the mother and daughter unresponsive in the bathroom when he returned from a trip to the dentist.

He managed to wake his wife by shaking her shoulder, but Ellie was ‘blue’ and facedown in the water.

Mr Atkinson called 999 as he tried in vain to carry out CPR on his daughter. Emergency services arrived six minutes later at their home in Christchurch, Dorset.

Ellie was flown by helicopter to Southampton General Hospital, but was pronounced dead four hours later on March 23, 2021.

A post-mortem examination found that ‘on the balance of probabilities’ the baby’s cause of death was inhalation of water or drowning.

Public Health England was contacted about Mrs Atkinson’s potential adverse reaction to the vaccine, and said ‘sleepiness and drowsiness’ was an uncommon possible side effect.

Ellie, who was born premature at 33 weeks, was due to have heart surgery on March 25.

Mrs Atkinson said she decided to give her daughter a bath as she had been sick during her morning feed, and needed a ‘surgical wash’ ahead of being admitted to hospital for the procedure.

An emotional Mrs Atkinson told the inquest: ‘I started to pick her up and that’s all I can remember.

‘The next thing I can remember is James shouting and pulling at me.’

Mrs Atkinson, who is a senior lawyer for the AA, said it was unusual for her to faint and it had only ever happened twice to her prior to Ellie’s death.

She said she experienced another dizzy spell while visiting Ellie’s grave the day after receiving her second Oxford-Astrazeneca jab in June 2021.

A passer-by saw her fall to the ground and came to her aid.

She said: ‘I had the Oxford-Astrazeneca Covid vaccine the day before (Ellie died) and looking back I felt strange and not myself.

‘I had a seven day assessment and no one has been able to offer a definitive explanation, but the conclusion is that it was a reaction to the vaccine very much based on other circumstances as well.’

Police have described Ellie’s death as a ‘tragic accident’ and said there were potentially several contributing factors.

Detective Sergeant Phil Read, of Dorset police, said: ‘One being the potential adverse effect of the Covid vaccine.

Heard’s cross-examination has come to an end (Picture: AFP via Getty Images) Amber Heard claimed the allegations that she assaulted an ex-girlfriend were the result of a ‘smear campaign’ spearheaded by Johnny Depp’s team, a court heard.  The Aquaman actress sat through the final day of cross-examination on Tuesday, as her libel trial against ex-husband […]

The young winger has emerged as a target for Manchester City (Picture: Getty) Former Arsenal defender Bacary Sagna has urged Bukayo Saka to remain at the Emirates, tipping him to become a club legend. Saka, 20, has been one of the best players in the Premier League this season and is the leading scorer for […]

Kay Mellor died suddenly over the weekend at the age of 71 (Picture: Rex) Acclaimed TV writer Kay Mellor produced a number of beloved British shows before her death aged 71. It was announced that the star died suddenly on Sunday, with a spokesperson for her production company, Rollem Productions, confirming the news.  ‘It is […]