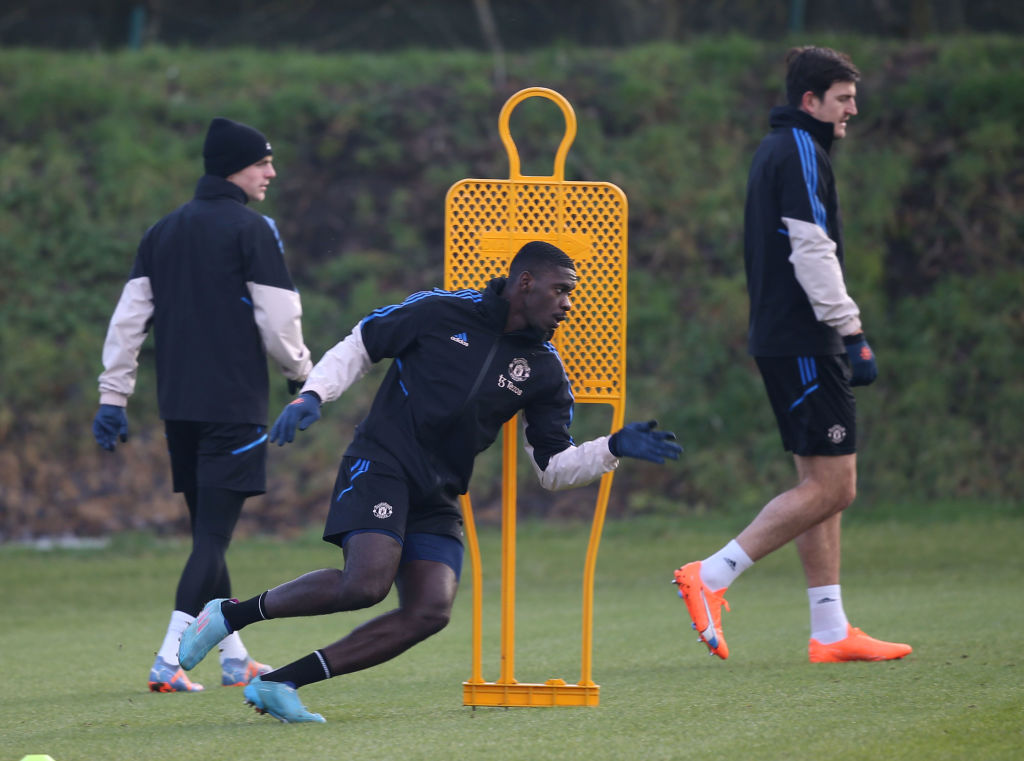 Manchester United ace Axel Tuanzebe has returned to first team training after a six-month stint on the sidelines through injury.

The defender hasn’t featured for the club this season as a back problem has kept him sidelined for most of the campaign.

Tuanzebe emerged from United’s academy and had long been tipped to become a first team regular.

But injuries have stunted Tuanzebe’s progress and he endured difficult loan spells with Aston Villa and Napoli last season.

The defender’s last performance came over a year ago for Napoli and the United academy product has been working hard in individual training over the last month during his recovery.

But, following the defeat to Arsenal on Sunday, Tuanzebe was able to participate in full training with players that weren’t involved against the Gunners.

The centre-back will be hoping for a time of full fitness as he bids to resurrect his United career.

Ole Gunnar Solskjaer tipped Tuanzebe to become a future captain of the club in 2019 and he skippered the side under the Norwegian.

Tuanzebe will be hoping to battle the likes of Lisandro Martinez, Raphael Varane, Harry Maguire and Victor Lindelof for a spot in the remainder of the season.

If your year got off to a hectic start, here’s how to embrace a stress-free ‘soft life’

Soft living is when you slow down and look after yourself first (Picture: Getty Images) As much as we like to frame January as the month of possibilities, where a shiny and new version of ourselves is finally within reach, that’s not always a fair reflection of reality.  January can be difficult. It’s cold, dark […]

Peter Wisby and his wife Eileen only have one basic mobile phone between them, and refuse to learn online banking (Picture: SWNS) Barclays is closing one of its banks after realising it’s used by only one customer, and they refuse to go online. Peter Wisby, 84, has never used the internet and doesn’t have a […]