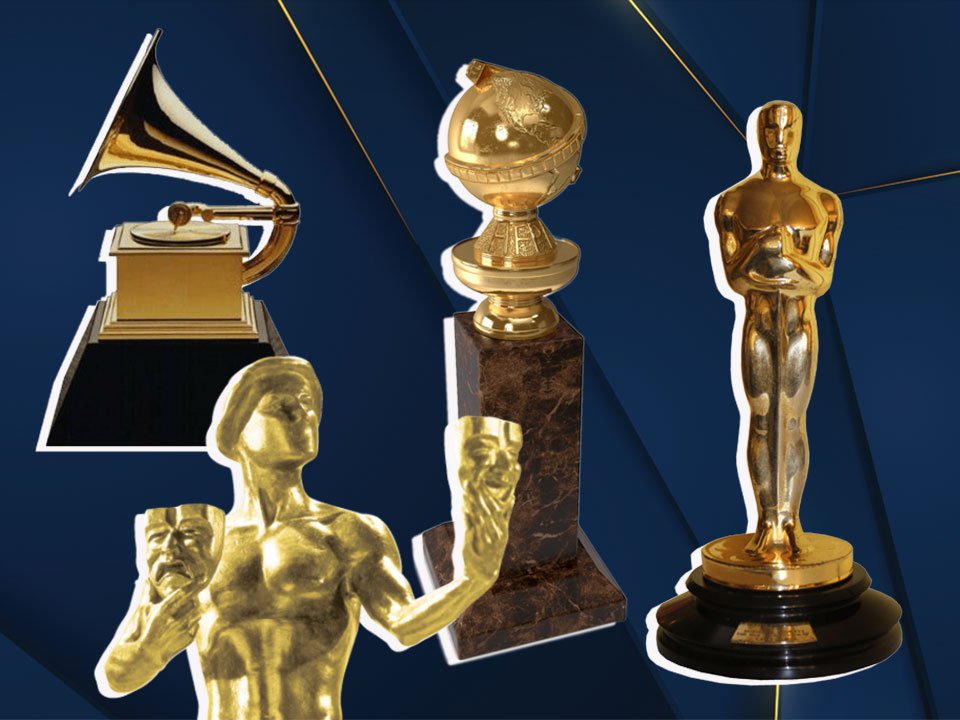 If you listen very closely, you just might hear the sound of an assistant in Hollywood shedding a tear.

That’s because it’s one of the busiest times of year for the stars and all those in their orbit – awards season.

The first few months of the new year always see a slew of glitzy, glamorous gatherings as the best of the previous year’s TV, film and music are celebrated.

You will want to know all the details beforehand – after all, you wouldn’t want to miss this year’s version of Will Smith’s Oscars slap or other pop culture defining moments, like wild moments on stage, iconic red carpet looks and blunders akin to the La La Land/Moonlight debacle.

They definitely keep us entertained, so here’s the low down of awards season 2023…

When are the Golden Globes?

The Golden Globes unofficially kick off awards season each year, landing in the first few weeks of January.

Last year’s Golden Globes was replaced with an audience-less affair after the Hollywood Foreign Press Association (HFPA) were criticised for their lack of diversity.

Learning from their mistakes, this year’s ceremony was back to being in person – and back in the iconic Beverly Hilton hotel.

When are the Critics’ Choice awards?

This year, the Critics’ Choice Awards were held where they have been for many years in the past, the Fairmont Century Plaza Hotel. The ceremony took place on Sunday, January 15 at 7pm Eastern Time.

The ceremony was hosted by Chelsea Handler.

At the 2023 ceremony, Everything Everywhere All At Once won Best Picture, Cate Blanchett won Best Actress for Tár and Brendan Fraser won Best Actor for The Whale.

In the supporting acting categories, Angela Bassett won for Black Panther: Wakanda Forever, while Ke Huy Quan won for Everything Everywhere All At Once – while the cast of Glass Onion: A Knives Out Mystery won Best Acting Ensemble.

Generally, it’s not the most famous ceremony, but the Critics’ Choice Awards are often looked at as an indicator of how the Oscars will go.

In 2022, the winners of the Critics’ Choice Awards who’d go on to win the same category at the Oscars included:

Rishi says he ‘deeply regrets’ not wearing seatbelt after getting fined

The PM spoke publicly about the incident for the first time on Monday (Picture: Getty) Rishi Sunak has said he ‘deeply regrets’ failing to wear a seatbelt while travelling as a passenger in a car last week after the incident landed him with a police fine. This is a breaking news story, more to follow […]

Warzone 2.0 will gatekeep new DMZ content behind a £70 paywall

Call Of Duty: Warzone 2.0 – when has a Call Of Duty update not angered half the player-base? (pic: Activision) Aside from season 2 wiping Warzone 2.0’s DMZ progress, Call Of Duty players are upset over its Modern Warfare 2 only content. After unveiling a brand new map called Ashika Island, for their most recent […]