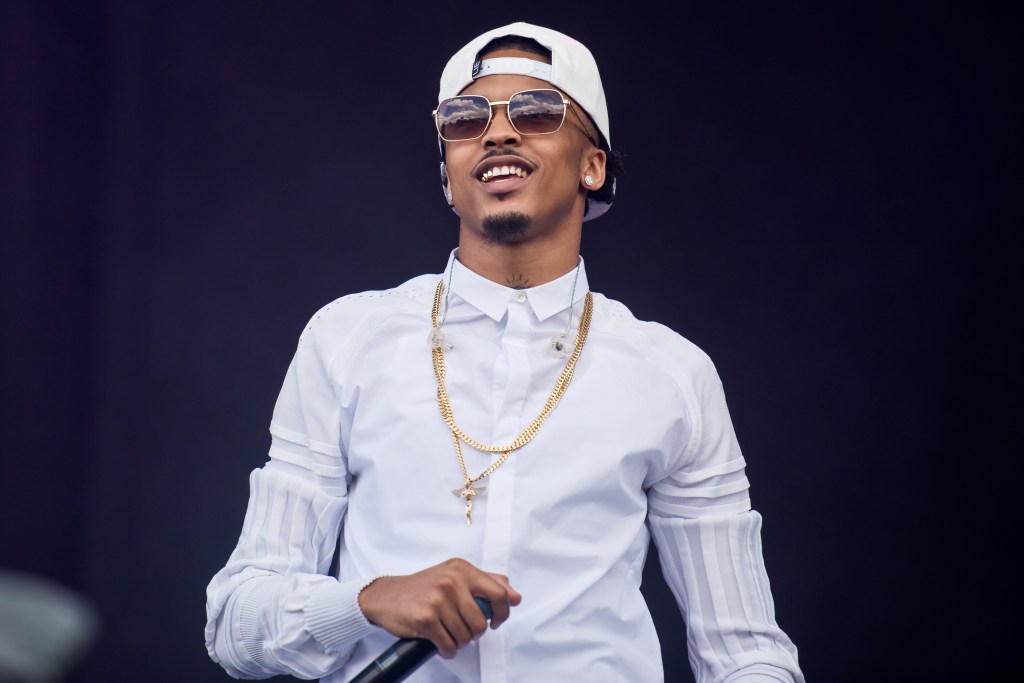 August Alsina is looking at love in a different way (Picture: WireImage)

August Alsina appears to have come out by sharing his love for a man in his new reality series.

The R&B singer hit headlines two years ago when it emerged he had a romantic relationship, famously dubbed an ‘entanglement’, with Jada Pinkett Smith.

In the latest episode of his VH1 reality show, The Surreal Life, August, 30, discussed how his view on love has changed thanks to a special person.

‘I would like a love that feels limitless,’ is seen telling a group of friends in the episode that aired on Monday.

The scene then cuts to a confessional where August continued: ‘And then what do you know? Love showed up, but in a new way. I want to share that and really honour the person that I love and that loves me back and teaching me so much about love and healing.’

He added: ‘I want to do that in front of the world because it defies all the constructs that one would say love is supposed to be or love should look like.’

A man then sat down beside August and the two hugged while saying to each other: ‘I love you.’

Fans applauded the I Luv This S**t singer for apparently being open about his sexuality, with one tweeting: ‘What @AugustAlsina shared to the world is brave. I’m happy he’s happy and living in his truth.’

One fan cheered: ‘Happy for August Alsina. It’s more than “coming out”. That man found someone who shows him what love is and that’s beautiful.’

Another added: ‘All can do is smile @AugustAlsina the happiness man I love to see it.’

The singer was previously in an ‘entanglement’ with Jada Pinkett Smith (Picture: Getty Images)

August has not labelled his sexuality but appears to be in love with a man (Picture: Getty Images)

August has not elaborated on his new relationship or labelled his sexuality, but it’s possible the next episode of the series will follow his journey.

In 2019, Girls Trip actress Jada, 51, confirmed she was romantically involved with August some years before while she was on a break from husband Will Smith.

August had previously said: ‘I actually sat down with Will and had a conversation. Due to the transformation from their marriage to their life partnership that they spoken on several times, and not involving romanticism, he gave me his blessing.

‘I totally gave myself to that relationship for years of my life. I truly and really, really deeply loved, and have a ton of love for her. I devoted myself to it, I gave my full self to it. So much so to the point that I can die right now and be ok with knowing that I truly gave myself to somebody.’

Jada then said on her Red Table Talk series: ‘I got into …read more

‘What is going on?!’ Owen Warner said after spotting the incident (Picture: ITV1) Matt Hancock was caught apparently trying to sneak extra food onto his plate during dinner on I’m A Celebrity… and fans were horrified by his actions. On tonight’s episode, the campmates were treated to a gourmet meal of wallaby hind after winning […]

I’m A Celebrity: Who is Matt Hancock’s girlfriend Gina Coladangelo?

Who is Matt Hancock’s girlfriend Gina Coladangelo? (Picture: Reuters) I’m A Celebrity 2022 is chugging along nicely, with all the bugs, trials, and controversy you could ever need. And much of it has centred around the appearance of Health Secretary Matt Hancock, who has taken on trial after trial in camp while attempting to explain […]

Martinelli visited United ‘four or five times’ (Picture: Getty) Arsenal star Gabriel Martinelli has opened up on his trials at Manchester United, admitting he felt lost after he was rejected by the Old Trafford club. The Brazilian forward travelled to Manchester in 2015 and would make several more visits over the next two years to […]