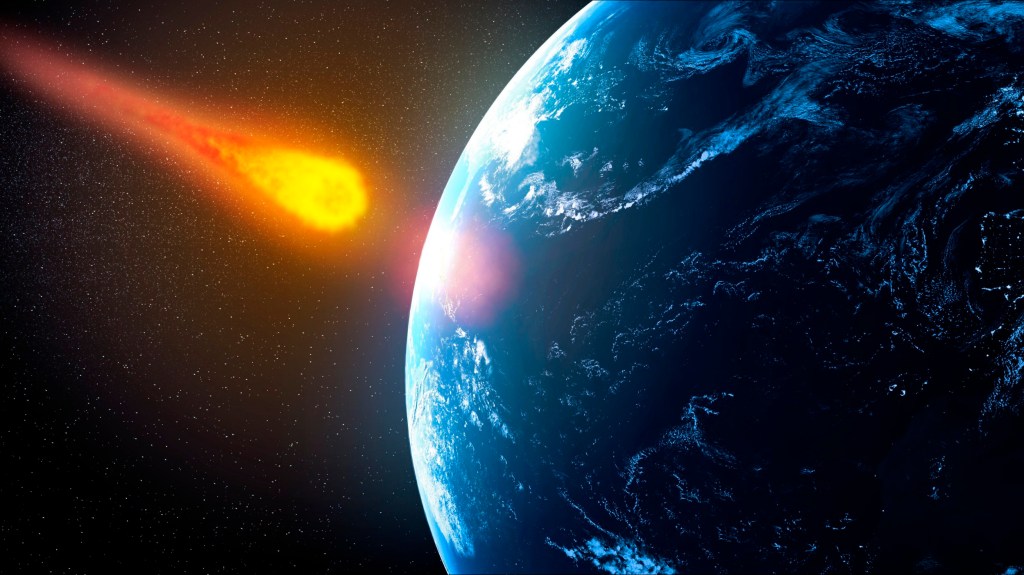 No need to panic though – experts say it’s sure to miss Earth (Picture: Getty Images)

An asteroid the size of a bus is predicted to make one of the closest approaches ever recorded tonight.

The space rock will zoom over the southern tip of South America just after midnight (GMT).

Set to come in at only 2,200 miles (3,600 kilometers) above the planet’s surface, experts have noted that it’s a close encounter.

But they have assured people that there’s no need to panic and it’s sure to miss Earth.

Estimated to be between 3.7 and 8.2 metres wide, it couldn’t do too much damage even if it did hit, it’s believed.

It would likely turn into a fireball and largely disintegrate harmlessly in the atmosphere.

Some of the bigger debris would potentially fall as small meteorites.

The asteroid was discovered by G Borisov on January 21.

Chelsea beat Arsenal to the signing of Mykhailo Mudryk (Pictures: Getty) Emmanuel Petit has questioned whether Mykhailo Mudryk is ‘happy’ at Chelsea and suspects the Ukraine international would rather be at Arsenal. Mudryk looked set to join Premier League leaders Arsenal in a deal worth around £80m, but Chelsea swooped in and reached a deal […]

It all started on the stuffy Tube while I was en-route to work in the summer heat. With commuters packed like sweaty sardines, I somehow managed to lock eyes with a tall, olive-skinned stranger whose wavy black hair framed their defined jawline. As if it was a sign from Cupid himself, Mr Jawline later stepped […]