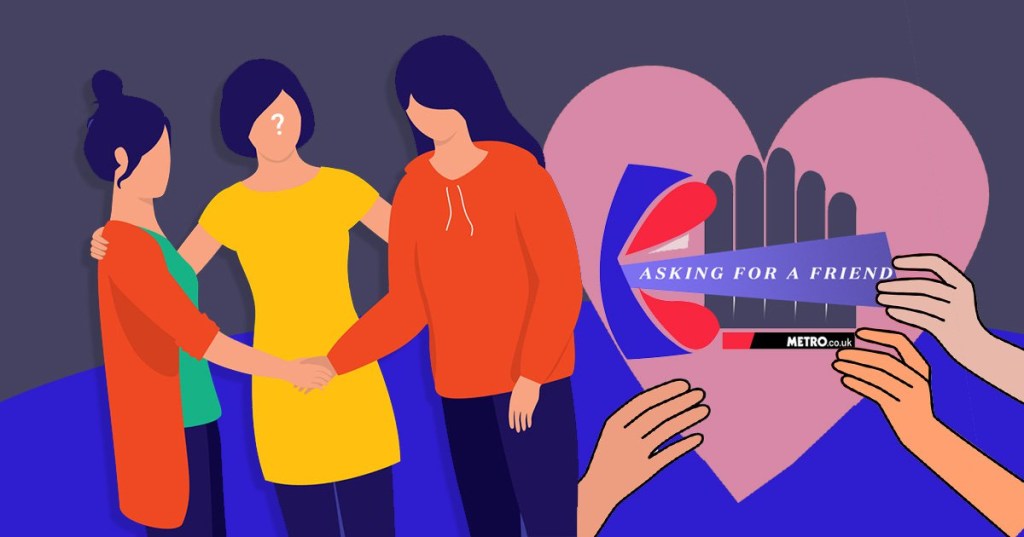 Asking for a Friend is the series where we answer the questions that you’re too embarrassed to ask.

Generally speaking, the idea of loving two people at the same time, in the romantic sense, is outlandish.

After all, it’s generally accepted that you can’t love someone new without hurting the person you loved first – that would surely require emotional cheating, after all – and how could you possibly do that to someone you love?

But time and time again, people find themselves in this predicament, stuck between two lovers, with genuine feelings for both of them.

So, what gives? Does that mean you don’t really love either of them? Or is it actually possible to love more than one person at a time?

What does psychology say?

The short answer is yes, on a psychological level, you can love more than one person at a time.

Afterall, love is no more than a chemical reaction – a ‘neurochemical high’ – and those reactions aren’t bound by societal restraints or expectations.

‘When we fall in love, certain chemicals, such as dopamine and oxytocin, get released that are associated with feelings of pleasure, warmth and excitement,’ explains Dr Elena Touroni, a consultant psychologist and co-founder of The Chelsea Psychology Clinic.

‘There is almost a chemical explosion; they produce that strong feeling of excitement and desire for another person, as well as (potentially) a desire for sexual intimacy too.’

What does society say?

According to Elena, it’s rare we’ll have the space to fall in love with another person if our needs are being completely met.

‘It tends to be when our needs are not being met that the psychological space is created for another romantic attachment to develop,’ she says.

But is it realistic to assume you’ll get all your needs from one person? In a monogamous society, you’d expect the answer to be yes (although it’s healthy to move away from this belief), but the question of whether humans are monogamous by nature or nurture is entirely up for debate.

For Dr Eli Sheff, a sociologist and one of a handful of global academic experts on polyamory, monogamy as we know it is a social construct.

‘Monogamy used to mean being with literally one partner in your entire life,’ she tells Metro.co.uk.

‘You were married as a virgin, and if your spouse died before you, you were celibate the rest of your life, especially if you were a woman.

‘That’s not what people mean by monogamy anymore – now, it means being with one person at a time… partially because our lifespans are so much longer.’

Our definition of monogamy has shifted in line with our changing society, meaning it’s more likely to be a social construct than an inherent human quality – and for polyamorous people, it’s certainly possible to love more than one person at a time.

What does loving two people at once entail?

‘I think of …read more

Bloating, constipation and stomach issues are very common among younger people (Picture: Getty/Metro.co.uk) You may have heard some people refer to the gut as our ‘second brain’. This is because the enteric nervous system relies on the same neurons and neurotransmitters found in the central nervous system. If this is true, we need to start […]