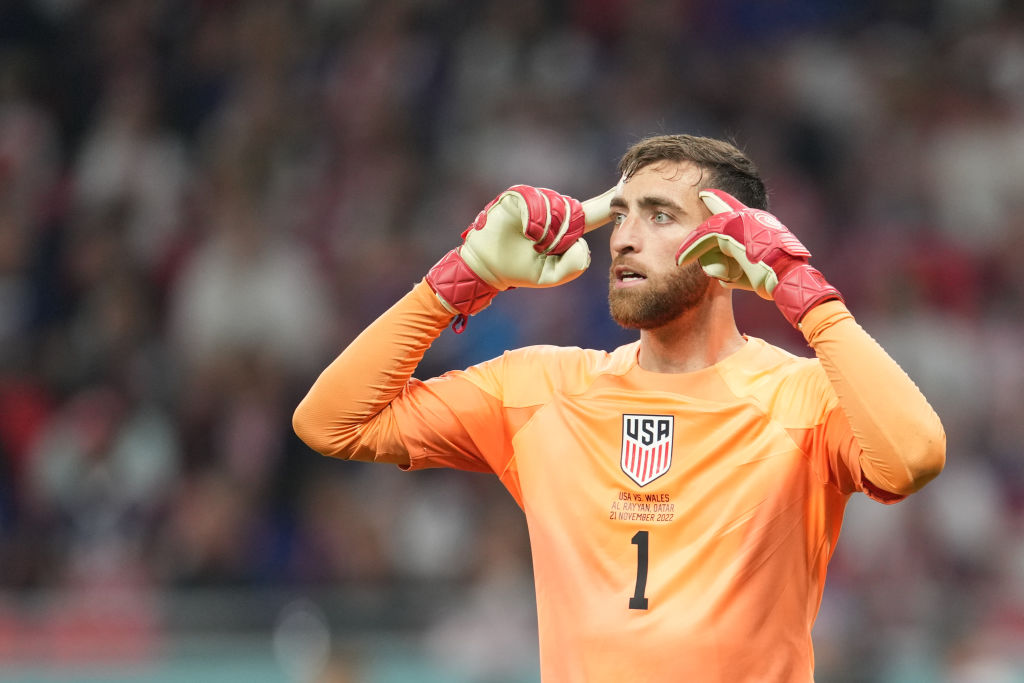 USA goalkeeper Matt Turner says his side has what it takes to beat England in their World Cup clash on Friday night.

The match at the Al Bayt Stadium in Qatar will be a pivotal one in determining who qualifies from Group B, not only for the two sides involved but also for Wales who face Iran beforehand.

England are top of the group, while USA and Wales have a point-apiece following their thrilling 1-1 draw on Monday.

The USA’s last win over the Three Lions was nearly 29 years ago, though they did manage a 1-1 draw in the 2010 World Cup, when English keeper Rob Green infamously spilled Clint Dempsey’s long-range shot.

Many consider this American team to be the most talented of all-time, with star players like Christian Pulisic, Weston McKennie and Giovanni Reyna plying their trade at Europe’s biggest clubs.

And that has given hope to Turner that his team can produce the latest huge World Cup upset, following Saudi Arabia and Japan’s comeback wins against Argentina and Germany respectively.

‘You can’t take any game for granted. You want to go out, put on your best performance,’ Arsenal star Turner said.

‘The world of football is levelling out. National teams have game-plans, they’ve been investing in youth for a number of years, they have guys playing at the top level all over the world.

‘When you have one team following the same message, you can beat anyone on any given day.’

Turner moved to the Emirates over the summer from New England Revolution and is one of six players in the USMNT that currently play in the Premier League.

He is well-acquainted with Arsenal’s three England stars, namely Aaron Ramsdale, Ben White and Bukayo Saka, and added that his team have been preparing to deal with the explosive threat of the latter.

‘I think it’s pretty clear. He’s one of the young stars of world football,’ Turner said about Saka, who scored a brace in the 6-2 thrashing of Iran on Monday.

‘He’s a top, top player and I think you don’t need me to tell anybody on our team how much of a threat that he poses in the game.

‘He’s scoring goals in a variety of ways. He’s really developed, mature. He’s gotten stronger from what I understand. I’ve only worked with him for a few months.

‘I’m looking forward to playing against familiar faces. I think he’s a really, really good player that can change any game that he takes part in.’

To view this video please enable JavaScript, and consider upgrading to a web browser that supports HTML5 video BTS might be on a hiatus, but fear not fans, you’ll still be able to see them on your screens. The immensely popular band, featuring seven members – Jin, Suga, J-Hope, RM, Jimin, V and Jungkook – have announced Disney […]