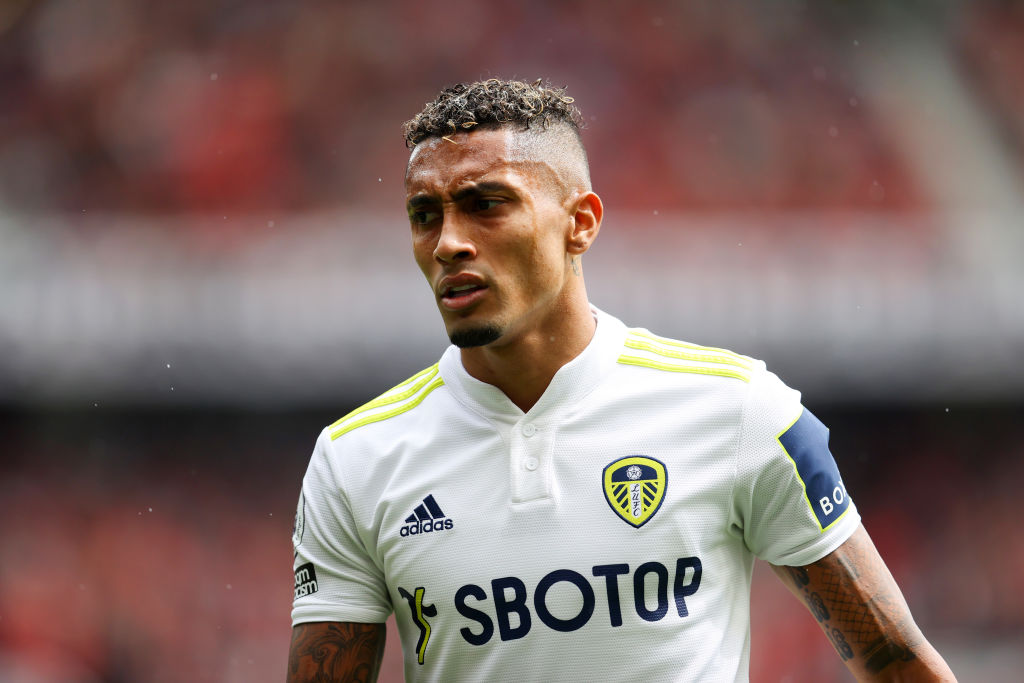 Arsenal have held talks over a move for Raphinha (Getty)

Arsenal are planning to submit a bid for Leeds United winger Raphinha, according to reports.

The Brazil international was Leeds’ standout performer last season with 11 goals in the Premier League.

Raphinha has attracted plenty of interest in the run-up to the summer transfer window, with Barcelona, Chelsea and Tottenham all keen on the 25-year-old.

But according to The Times, Arsenal are also in the race and there is now expectation that the Gunners will submit an offer to Leeds.

However, it’s understood that Leeds are holding out for a fee in excess of £50 million.

Raphinha has a relegation clause in his contract which would have allowed him to leave Elland Road for £30m, but Leeds are now able to command their own price after narrowly avoiding the drop last season.

Raphinha, meanwhile, is believed to favour a move to Barcelona and reports have claimed that player has already agreed personal terms with the Spanish club.

But Barcelona need to offload players first in order to meet Leeds’ asking price, and talks have begun over Frenkie De Jong’s sale to Manchester United.

Raphinha, who joined Leeds in a £17 million deal from Rennes in 2020, still has two years on his current contract.

Boy, 5, left to die in his parents’ hot car pictured with family

A happy-go-lucky lady (Picture: Kennedy News) Meet Snickers, the sweet cat who has face markings that make it look like she’s always got a smile on her face. Owner Kelly DeWeese, from Owensboro, Kentucky, said: ‘The way her face is structured and how her mouth goes up it looks like she’s grinning and smiling all […]