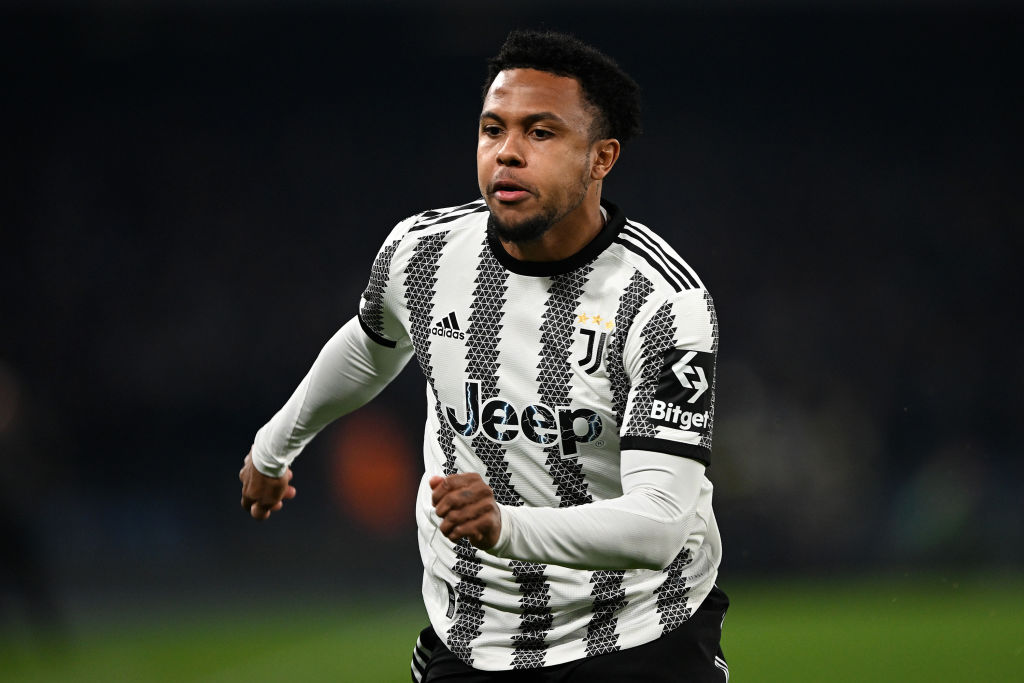 Arsenal have made an initial enquiry about signing Weston McKennie from Juventus, according to reports in Italy.

The Gunners have already signed Leandro Trossard in a £27 million deal from Brighton this month, while Spezia centre-back Jakub Kiwior is on the verge of joining for £17.5m.

Mikel Arteta is keen to recruit a new central midfielder before the end of the January window and according to Gazzetta dello Sport, the Premier League leaders have made a move for McKennie.

The report claims that Arsenal have approached the 24-year-old’s agent but no contact has yet been made with Juventus.

It’s also claimed that Juventus are open to selling McKennie this month and would accept a fee in the region of €25m (£22m) plus bonuses.

McKennie has been a regular for Juventus this season with 13 starts in Serie A and continues to show his versatility by playing in different roles across midfield.

According to reports in Italy last week, Manchester United had proposed a swap deal with Juventus for McKennie in 2021 in which they wanted the United States international in exchange for Donny van de Beek.

Tottenham and Aston Villa have also been linked with a move for McKennie this month.

The Italian club were accused of ‘financial irregularities’ and ‘false accounting’ in relation to past transfers.

The actress is delighted by the Brenaissance (Picture: Instagram/lesliegrace/Warner Bros/FilmMagic) Leslie Grace has revealed we’ve missed out on in the axed Batgirl movie, sharing that she shot ‘so many’ action scenes with Brendan Fraser, which are the sequences she most wishes fans could see. The actress also can’t say enough good things about her former […]

Girl who had all her limbs amputated after NHS mistake given £39,000,000 payout

Clockwise from top left: Mike Hatch, Elliot Holman, Rachel Lasham and Hollie Luff (Pictures: In Our Element) How brave do you have to be to decide you’re going to row across the Atlantic, not long after taking up the sport as a pastime? Some might say you’d need a backbone of titanium. Fortunately enough, Hollie […]