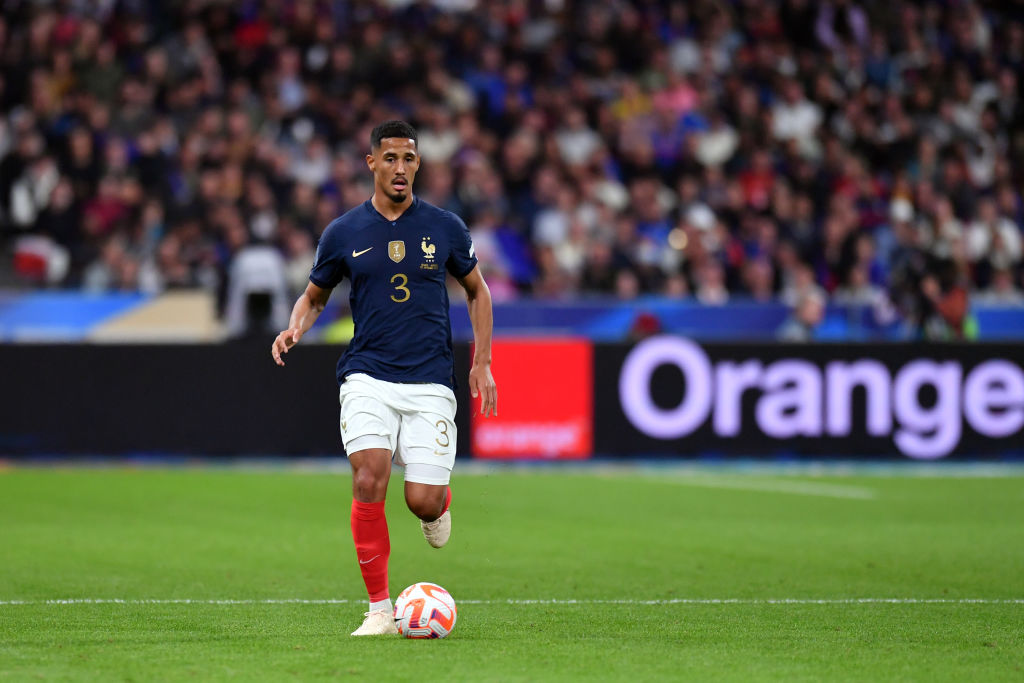 Arsenal legend Nigel Winterburn admits he is concerned that William Saliba’s contract situation is set to drag on and has urged the in-form defender to commit his future to the north London club.

It has taken longer than anticipated for Saliba to establish himself in Mikel Arteta’s side with the 21-year-old having been loaned out on three separate occasions following his arrival from Saint Etienne in the summer of 2019.

After impressing in pre-season, however, he has finally be afforded the opportunity to kickstart his Arsenal career and he is now firmly established as a key component of Arteta’s improving defence.

Saliba also looks certain to be included in France’s squad ahead of the World Cup and featured as a substitute in last night’s victory over Austria in the Nations League.

The defender’s stock is firmly on the rise and with little over 18 months left on his remaining deal, Winterburn has questioned why it is taking Arsenal so long to tie Saliba to a new contract.

He told FreeSuperTips: William Saliba is winning a lot of plaudits for the way he’s slotted into the team, how important is it for Arsenal to tie him down after the summer interest around him?

Saliba is still interesting me because he arrived with a huge reputation. For whatever reason things didn’t quite work out as quickly as a lot of people would have hoped.

William Saliba has made a brilliant start to the new season with Arsenal (Picture: Getty)

It looked like he was going to leave in the summer, but he’s been very impressive since he came into the team. He can read the game very well, he’s quick and looks like a good defender, so I think it’s important that Arsenal do not let that contract get into next season.

If they do, then they’ll end up putting themselves in a whole lot of trouble. I don’t think it’s difficult because you ask the player if he wants to stay, if they do then you sort out the contract.

For me I don’t understand why these things can be so complicated now. If you’re enjoying your football and enjoy where you are, then sort the contract out and get it done as quickly as possible.

I don’t really see the difficulty in that, but we have seen in the past that it can be complicated with some players who let their contracts run down.

Maybe it’s just because it was so different from when I was playing, I always found it quite simple. I wanted to be at Arsenal, so any contract offered I signed up until the point you feel that your time is coming to the end which is what happened.

For someone young like Saliba, he’s getting a lot of game time, he’s enjoying his football so don’t let that contract run down and cause issues down the line. Money isn’t …read more

Manhunt for ‘dangerous’ teen, 17, wanted over rape and ‘serious assault’