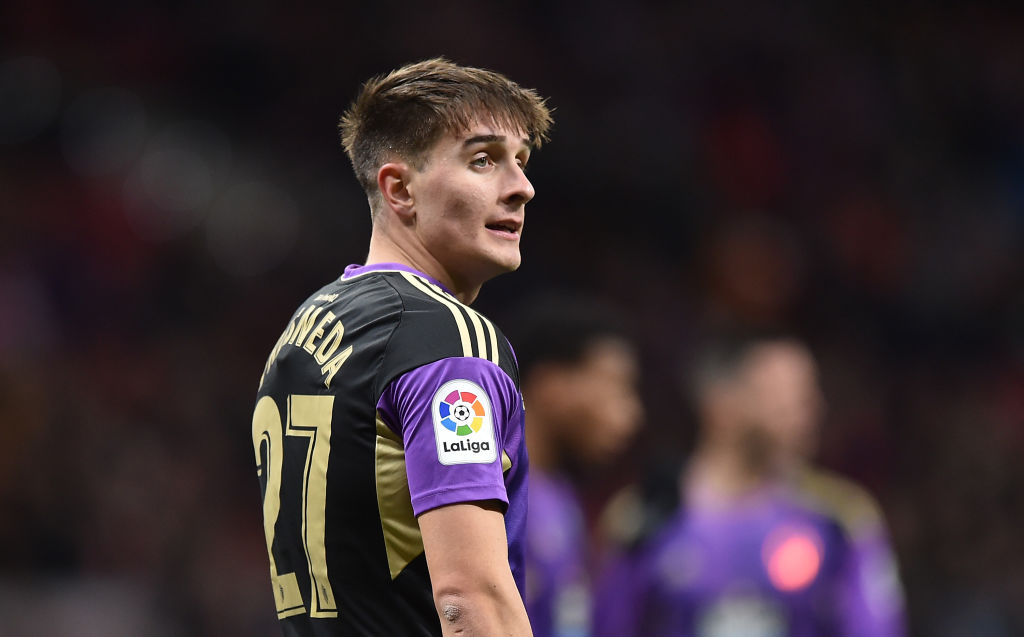 Arsenal have ’24 to 48 hours’ to decide if they wish to stay in contention to sign Ivan Fresneda in January, according to reports.

Bundesliga club Borussia Dortmund have taken the lead over the Gunners in the race to sign the 18-year-old Real Valladolid star.

Arsenal and Dortmund have both agreed a €15m (£13.1m) fee with Valladolid for the right-back, with both sides agreeing personal terms with the player.

The decision is now down to Fresneda, who has shone in La Liga this term, but Marca claim the full-back is leaning towards a move to Germany.

Arsenal, though, are not out of the race just yet and reportedly have ’24 to 48 hours’ to decide how to proceed in negotiations.

Dortmund are pushing to complete the deal but Fresneda has not yet made a final call on his next destination.

Valladolid want Fresneda to be loaned back to the club if he leaves in the January window – a demand Dortmund are believed to be currently discussing.

No decision made by IvÃ¡n Fresnedaâ¦ yet. â¬15m fee requested by Valladolid, Borussia Dortmund are pushing to get it done â Arsenal have to decide how to proceed in 24/48h. ðªð¸ #transfers

Valladolid want Fresneda to stay there on loan and BVB are discussing about it. pic.twitter.com/xZ5qRGkGBm

Fresneda will allegedly not be swayed by whichever club offers to pay him the most money, with his priority guaranteeing first-team football for himself.

Arsenal are looking for cover at right-back with Cedric Soares expected to join Fulham before the transfer window closes.

Takehiro Tomiyasu is the club’s first-choice option in that role but having struggled with injuries this season, Ben White has regularly been deployed down the right.

Arsenal have made two signings this month to strengthen their title bid with the Gunners five points clear at the top of the Premier League with a game in hand over second-placed Manchester City.

Jakub Kiwior sealed his move to north London on Monday, joining from Italian side Spezia in a deal worth £20m. The club have also brought in Leandro Trossard in a £27m deal from Brighton.

Mikel Arteta’s side return to action on Friday as they face Pep Guardiola’s City in the FA Cup fourth round.

MORE : Arsenal may miss out on Weston McKennie as Premier League rival steps up talks

Are you a midnight snacker? You could be suffering with Night Eating Syndrome

Caption: What is night eating syndrome? (Picture: Getty) We’re all guilty of skipping breakfast and telling ourselves we’ll eat more at dinner to make up for it. But if you find yourself eating most of your daily food intake in the evening, or waking up for a night time snack more often than normal, then […]

The plane was taken to a guarded area of the Athens’ International Eleftherios Venizelos airport (Picture: REUTERS) A Ryanair flight from Poland was escorted by fighter jets to Athens following a bomb threat. The flight FR6385 from Katowice in Poland landed in El. Venizelos, Greece earlier this evening. The Boeing 737-800 was seen parked in […]