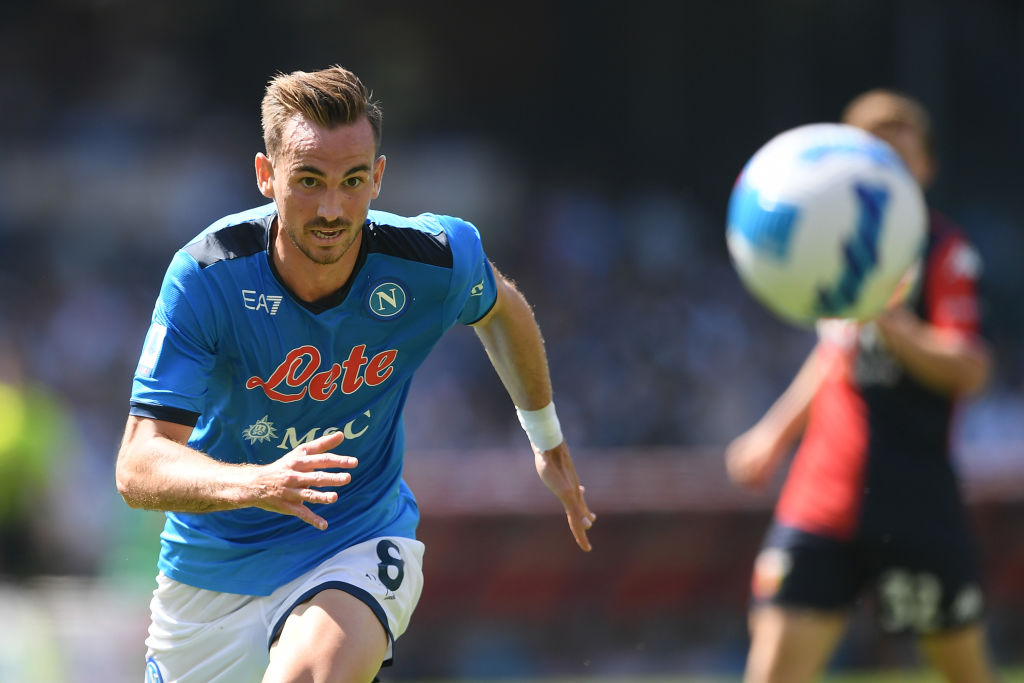 Fabian Ruiz has one year left on his Napoli contract (Photo: Getty)

Arsenal and Newcastle are reportedly trying to sign Fabian Ruiz with Napoli willing to sell the midfielder this summer for a cut-price fee.

Manchester City and Manchester United are also said to be interested in acquiring the Spain international who has just one year left to run on his contract.

According to Corriere dello Sport, Napoli are eager not to lose Ruiz on a free next summer and have placed a £26million price tag on the 26-year-old, roughly the same amount they paid when they signed the player from Real Betis in 2018.

Ruiz is highly rated, scoring seven and making four assists in 32 Serie A games last season, impressive for a player who operates mainly in a deep-lying, defensive role.

Newcastle attempted to sign him last January, but Napoli rejected their £42m bid, with Eddie Howe turning his attention to Bruno Guimaraes instead, but the Magpies have retained their interest in the player.

Arsenal are keen to add another midfielder to their ranks and while Youri Tielemans has been their No.1 target, with the Leicester man also out of contract next summer, Ruiz could be alternative option, although the imminent arrival of Fabio Vieira may see their interest in both players cool down.

Pep Guardiola is aiming to sign two new players for City after the arrival of strikers Julian Alvarez and Erling Haaland, and while a new left-back is the priority, the Citizens are also after a new defensive midfielder after the departure of club captain Fernandinho, with Leeds’ Kalvin Phillips top of the shortlist

Phillips has also been linked with United, but Ruiz would prove to be a far cheaper alternative to the England international as well as Frenkie de Jong, who is Erik ten Hag’s No.1 transfer target but could cost upwards of £70m with Barcelona playing hardball with the Red Devils.

Lucas Torreira says he has been told to leave Arsenal this summer (Getty) Lucas Torreira says there is ‘no chance’ he will stay at Arsenal for the final year of his contract. The Uruguay international impressed during his loan spell with Fiorentina last season but the Italian club refused to meet Arsenal’s €15m (£12.6m) right-to-buy […]

Tarot cards have hinted major changes for our Love Island babes (Picture: ITV/Getty/Metro.co.uk) Our Love Island contestants will be impacted by lots of astro action this week and our tarot card readings suggest Luca Bish could soon have his head turned from Gemma Owen. Having nailed down all the islanders’ star signs, we’ve cast predictions […]

Gary Lineker proved that there is no such thing as whiteness