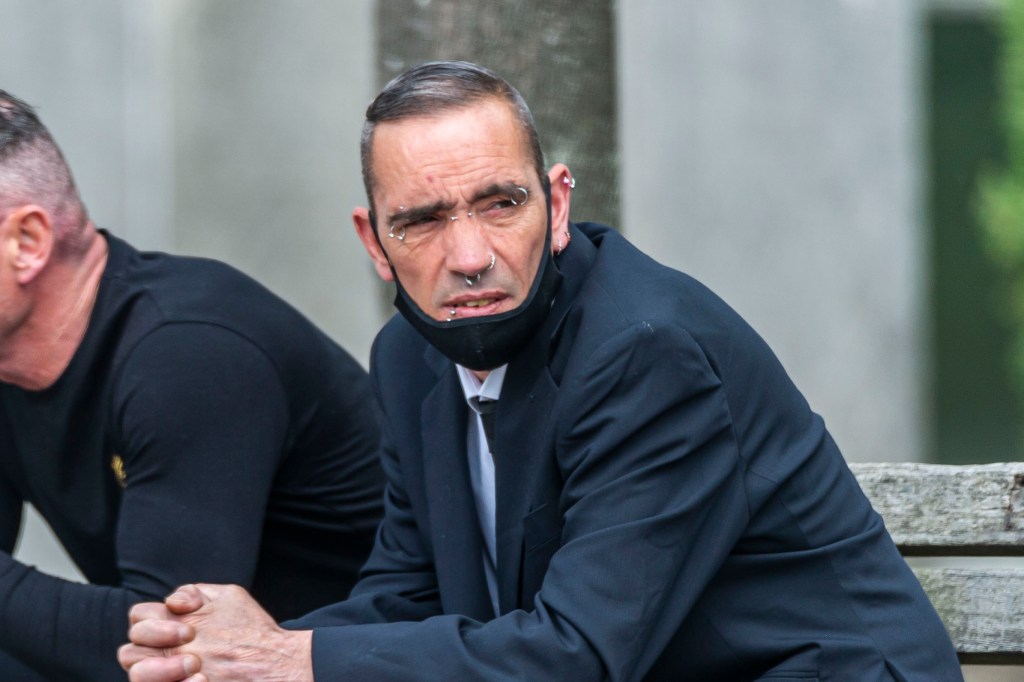 Stephen McCartan caused at least £6,000 worth of damage during the incident (Picture: BPNS)

An army veteran has been sentenced for stealing a double decker bus and driving it three miles home at 2am after a drinking session.

Stephen McCartan, 52, staggered into Poole bus station in Dorset, opened the doors of the bus and went to sleep on the top deck.

When he woke up an hour later the former Royal Engineer went downstairs, sat in the driver’s seat and managed to start the vehicle up.

He reversed the 12-ton bus out of the station, crashing into railings, and wrote off a parked Fiat Panda car.

He then drove the blue and red ­Morebus through town, crossing its Twin Sails bridge, and headed towards his home at ­Hamworthy, where he abandoned it with its engine still running.

A double-decker bus similar to the one McCartan took on a joyride (Picture: BPNS)

She said: ‘It is a rather bizarre thing to do and something you can’t get away with. Mr McCartan is unable to offer any reasonable explanation. He hardly recalls the incident but did recognise himself in CCTV images and accepts it was him.’

McCartan pleaded guilty to taking a vehicle without consent in May, and was yesterday given a 12-week community order and a 7pm to 7am curfew.

Deputy district judge Clare Boichot also ordered him to pay £500 compensation and disqualified him from driving for 18 months.

Poole magistrates heard McCartan has been diagnosed with anxiety and depression.

His father left when he was a child and his mother died when he was 17. He served in Ulster from 1992 to 1995 but would not talk about his experiences.

A probation officer said he probably has PTSD.

The veteran was ‘extremely remorseful and upset’, the court was told.

Neymar was seen crying on Brazil’s bench as physios examined his injured ankle (Getty) Neymar was in tears on Brazil’s bench after he was forced off with an ankle injury during the 2-0 win over Serbia in their World Cup opener on Thursday evening. Two goals from Richarlison got Brazil’s World Cup campaign in Qatar […]

1000Lb Sisters is officially coming back for season 4 (Picture: TLC) We have good news for 1000Lb Sisters fans as series four is officially on the way. The beloved TLC program follows siblings Amy and Tammy Slaton on their journey to improve their health and slim down, while also maintaining their relationships and home lives. […]