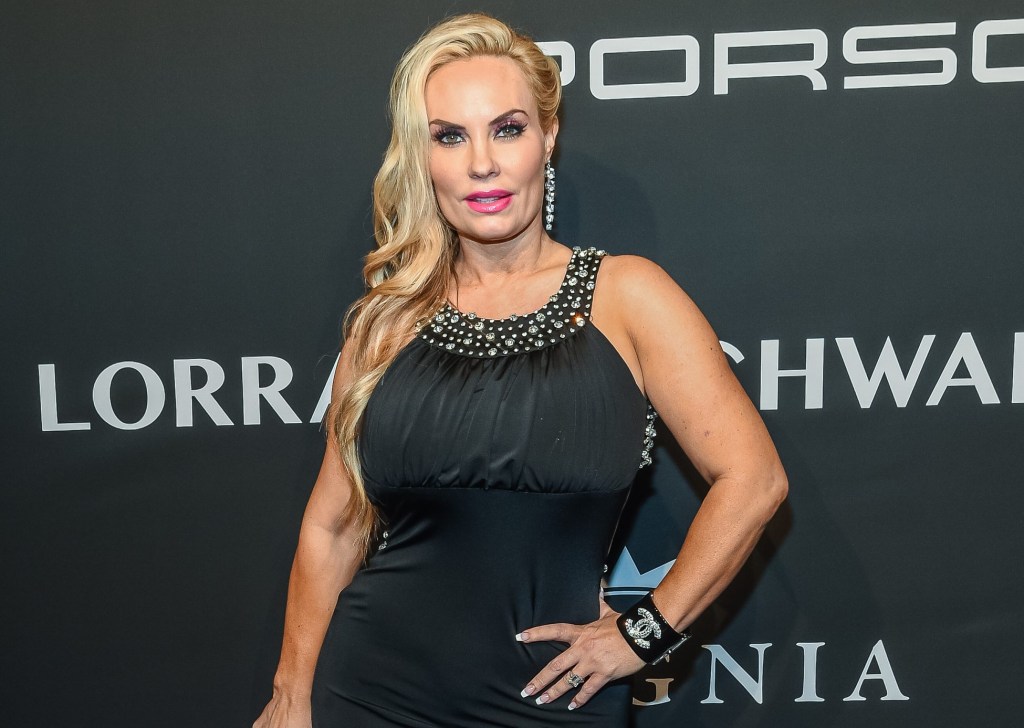 Coco Austin has stirred up a heap of controversy with her latest Instagram post, as her daughter Chanel was seen bathing in the kitchen sink.

The actress shares the six-year-old with rapper Ice-T, and regularly shares glimpses of their bond on social media.

However, her latest video, showing the pair getting ready to head to a fashion show, has raised eyebrows with her followers, after she panned the camera over Chanel bathing in the sink.

‘Getting ready for Patricia Field fashion show – First bath time,’ she wrote over the upload.

‘The sink is easiest when you have to be fast.’

‘We only had an hour to get ready and figure out what to wear,’ she said, explaining that she mostly does her own hair and make-up, and that the youngster picked her own outfit out for her first ever fashion show.

‘Chanel’s 1st fashion show as a Prospector ..lol,’ the mom-of-one captioned the upload. ‘This was from an hour before getting ready…’

Coco’s fans were divided over the post, as some followers questioned whether Chanel was ‘too big’ to be bathing in the sink.

‘You go in the bathroom to do your hair but can’t bathe your baby in there?! You lost me, babe,’ one penned.

‘Are you kidding?! In the kitchen sink!! SHE’s not a BABY ANYMORE,’ another agreed.

‘The kitchen is where you prepare your food tho. I don’t understand [sic],’ a baffled follower wrote.

An Instagram user said: ‘She’s to old to be in the sink..that was really Awkward to see. But other than that I hope she had a good time at the fashion show.’

Others rushed to defend the reality star from the criticism, with a fan fuming: ‘Who the f$ck cares how she bathes her daughter. Y’all got too much time on ya hands [sic].’

Coco and Ice-T tied the knot in 2002 after years of dating (Picture: Getty)

‘What’s the difference in filling up the bathtub to filling up the sink is the same thing except a smaller area…,’ a social media follower questioned.

As one added: ‘Yes the kitchen sink also saves you from back pain.’

Many, many more were just in awe of the size of her kitchen sink, joking that they need an upgrade on their own homes.

Coco famously married Ice-T in 2002 after several years of dating – and the pair landed their own TV series, Ice Loves Coco, shortly after.

They welcomed Chanel together in 2015, while the musician is also a dad to two children from previous relationships.

If you’ve got a celebrity …read more

The actor starred in the original 1960 Ocean’s 11 film (Picture: FilmPublicityArchive/United Archives via Getty Images) Henry Silva, best-known for starring in films including Ocean’s 11, The Manchurian Candidate and Johnny Cool, has died at the age of 95. His death was confirmed by his son Scott, who told The Hollywood Reporter that his father […]

Ukraine president Volodymyr Zelensky says Russia has turned churches ‘into toilets’ (Picture: AP) A mass burial ground with around 440 individual graves has been found in the liberated Ukrainian city of Izyum. In a haunting reminder of the death toll of Russia’s invasion of Ukraine, officials say the burials included people killed by shelling and […]

I felt helpless as a Ukrainian in London, so I ran 961km in 31 days to raise money for my country