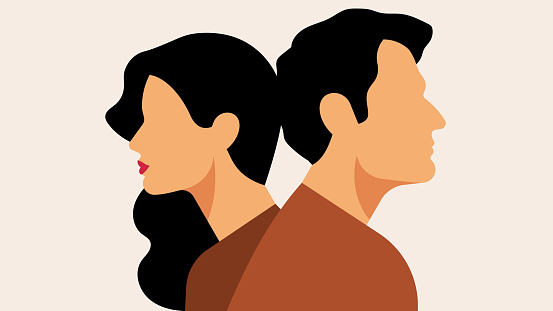 It’s a situationship minus the sex – but is it for the best? (Picture: Getty Images/iStockphoto)

When getting into a situationship, it’s important to know what you want from it.

A lot of the time the ‘want’ is sex without the commitment of a relationship, which can be especially great if you’ve just come out of a long-term relationship.

Yesterday, we delved into the pros and cons of situationships – but what about when your situationship doesn’t involve sex?

According to dating and relationship coach Kate Mansfield, an emotional situationship is ‘a situation where you are more than friends but not physically or sexually involved’.

‘Nothing is defined but there is a feeling of and an implied connection beyond platonic,’ said Kate.

Yes, it must feel as confusing as it sounds. And while it could initially feel great to have a sounding board and someone ‘special’ to listen to you, there are some downsides to think about.

It may be great for a while but it could end up with you getting hurt (Picture: Getty Images/Tetra images RF)

It’s likely to get messy

Kate said: ‘I don’t recommend an emotional situationship, it’s a way to hide and get stuck in something that will never meet your needs fully.

‘It is playing small and accepting crumbs. There could be a temporary benefit for someone who is going through a difficult situation, perhaps mid-divorce and not ready for anything serious.

‘But it’s likely to get messy and hurtful for one or both parties.’

It can stop you from meeting the one

‘It can make you too reliant on that person and it will usually block you from meeting someone or developing anything real or more satisfying,’ says Kate.

‘People in this type of connection often have deeper and unresolved issues or fears of commitment or betrayal.

‘It will stop most people from bothering to date others, or if they do, really putting the effort into finding a proper relationship.’

There is a danger you will become too reliant on the other person (Picture: Getty Images/Tetra images RF)

Kate said: It’s confusing and although it might seem lower risk than being vulnerable and really committing, it actually is riskier in terms of the likelihood of getting hurt in the end.

‘Usually one person will catch feelings and want more, and sometimes it fizzles, but either way is a waste of your precious time.’

You could be a rebound

‘We saw a huge surge in these types of casual and undefined relationships during lockdown, as people were lonely and unable to meet in person, or get full involved,’ said Kate.

‘If you are at the end of an unhappy marriage or partnership, this is when people tend to get into this, like a rebound type of thing.’

MORE : Five signs you’re in a situationship, and why it may not be a bad thing

Darcey Croft next to her bath (Picture: PA Real Life) A 49-year-old who was once a clinical hypnotherapist specialising in phobias has a fear of baths overflowing, causing her to have severe panic attacks and feel as if she is ‘about to pass out’. Mother-of-four Darcey Croft, a specialist mental health midwife from Beaconsfield in […]

How could The Walking Dead season 11 finale lead into future Rick and Michonne spin-off series?