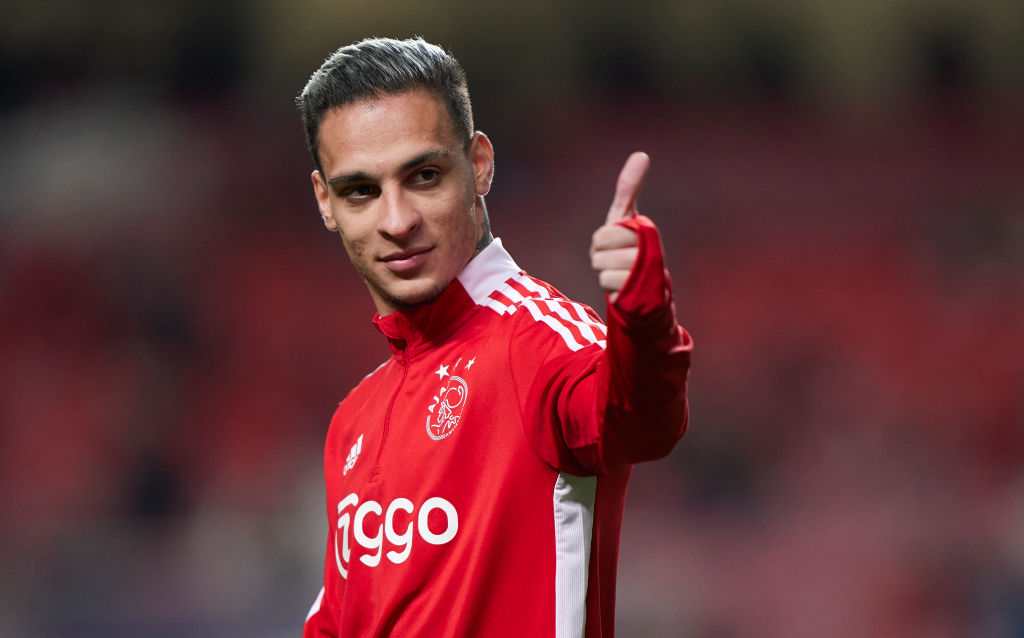 Manchester United are pushing to sign Antony from Ajax (Getty)

Antony is ‘determined’ to join Manchester United after Ajax set a high asking price for the winger, according to reports.

United are looking to sign the Brazilian this summer with Erik ten Hag keen on bolstering his attacking options ahead of the new season.

Antony thrived under Ten Hag at Ajax last term with 12 goals and 10 assists in the Eredivisie.

United have already made an approach to Ajax about the 22-year-old but the Dutch champions have made it clear that they want a fee in excess of €70m (£60m) for Antony.

The Times report that Antony is pushing to join United this summer but Ajax are ready to stand firm and have made it clear they want no more high-profile departures after Ryan Gravenberch and Sebastien Haller.

The report claims that United were hopeful that a £40m package would have been enough to tempt Ajax.

Meanwhile, Fabrizio Romano is reporting that the winger’s representatives are now asking Ajax to listen to United’s offers.

‘If Antony were to go, it would be a loss for Ajax,’ Ten Hag said.

‘You have no-one in the current squad who can take over his position. He is top class.’

Ben Stiller is offering support to Ukrainian refugees following the war with Russia (Picture: UNHCR of Goodwill Ambassador) Ben Stiller has arrived in Poland to meet refugees forced to flee Ukraine following the Russian invasion. The actor, 56, was pictured in the large south-eastern city of Rzeszow, close to the border, speaking to aid workers […]

Stephanie Walker (left) died seven days after diving into West Point Lake in Georgia to try to save her granddaughter Makayla Prather (right) from drowning (Pictures: Facebook) A grandmother who heroically dove into a lake trying to save her granddaughter, who drowned, has died after seven days in intensive care. Stephanie Walker, 49, jumped into […]