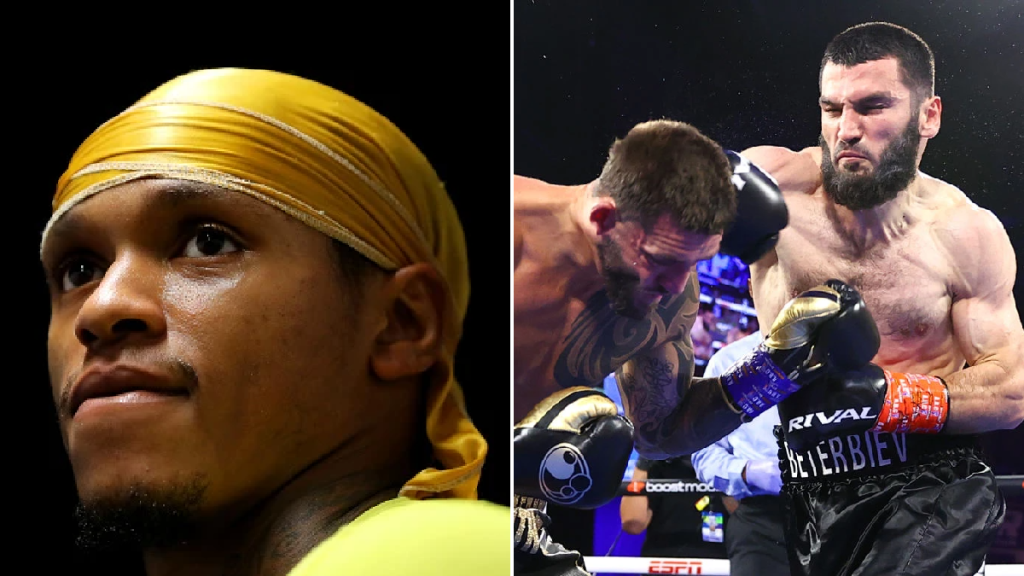 Yarde is next in line to fight the undefeated champion (Picture: Getty)

Anthony Yarde saw ‘plenty of ways’ in which he can beat light-heavyweight king Artur Beterbiev when they meet later this year.

Beterbiev underlined his credentials as the best light-heavyweight planet on Saturday with another destructive win inside two rounds over Joe Smith Jr, taking the American’s WBO title to add to a collection that already includes the WBC and IBF titles.

Yarde, who was ringside at Madison Square Garden over the weekend, is the mandatory challenger for the WBO belt with a showdown in London in October ‘more or less agreed’, according to the Briton’s promoter Frank Warren.

And while Beterbiev has amassed the most fearsome record in boxing, having won all 18 of his fights via knockout, the east Londoner is confident of causing the upset.

‘Beterbiev is a wrecking ball but I will be the breath of wind he cannot catch,’ Yarde told the Daily Mail.

‘Yes, he is the best of the light-heavyweight champions now, but even in this brief fight I saw plenty of ways of beating him. I would be more afraid fighting a master boxer.

‘This man has serious power but he’s not as fast as I expected. This is a challenge I will relish.’

Yarde has challenged for a world title on one previous occasion – coming up short against Sergey Kovalev in 2019 having travelled to Russia to give the champion a major scare before being stopped in the 10th round.

Should Yarde get his title shot this year it will scupper immediate plans for Beterbiev to meet WBA champion Dmitry Bivol to crown an undisputed champion of the division.

Ukraine’s 2016 Eurovision Song Contest winner Jamala will take to the stage at Glastonbury (Picture: Getty) Glastonbury Festival will play host to a number of Ukrainian acts this year amid the Russian invasion of their country. Kyiv folk quartet DakhaBrakha will perform on Sunday afternoon on the Pyramid stage. The group, who combine the musical […]

Ozzy underwent major surgery on Monday (Picture: Kevin Winter/Getty Images for iHeartMedia ) Sharon Osbourne has reassured fans that her husband Ozzy Osbourne is ‘doing well’ after an operation that she said would ‘determine the rest of his life.’ The Talk host, who is also his manager, shared that she would be jetting back to […]