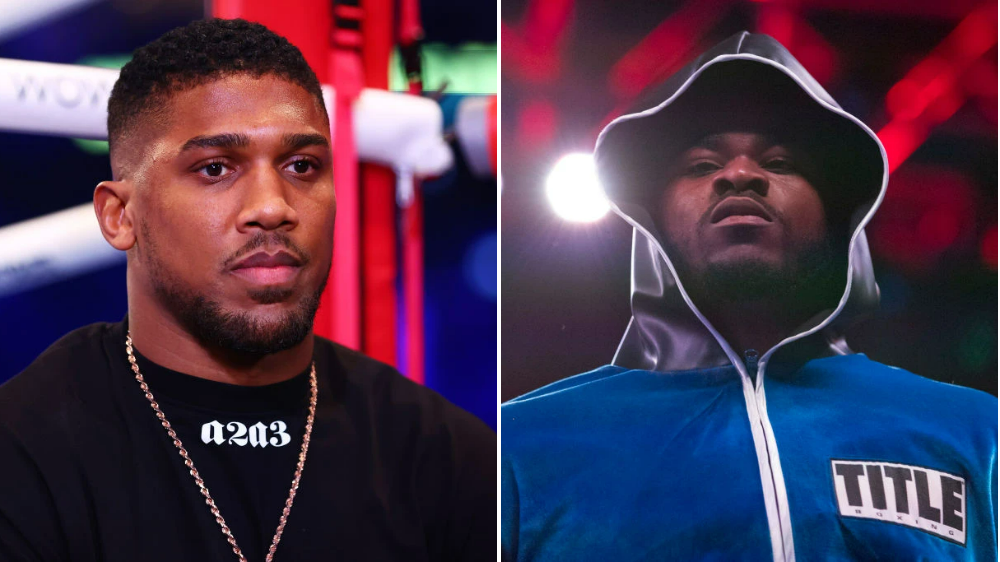 Joshua will take on Franklin at the O2 Arena (Picture: Getty)

Anthony Joshua will make his return to the ring against Jermaine Franklin on 1 April at the O2 Arena.

The former heavyweight champion is coming off back-to-back defeats to Oleksandr Usyk, falling short in their August rematch having lost the titles to the undefeated Ukrainian in September 2021.

His return is now looming large with Franklin set to be his first test under new trainer Derrick James, according to the Mail.

Franklin came to London just last November to take on Dillian Whyte, giving the Brixton heavyweight a stern test before falling to a majority decision defeat, with one ringside judge scoring the fight a draw.

Franklin has previously won all 21 of his professional fights, knocking out 14 of his opponents.

He will take on a fighter desperate to get back to winning ways in Joshua, who has now lost three of his last five fights dating back to his shock loss to Andy Ruiz Jr in the summer of 2019.

But Joshua’s promoter Eddie Hearn is still confident of delivering huge fights in 2023 with a rematch with Whyte slated for the summer.

Joshua and Whyte shared a blistering rivalry in 2015 which culminated in a seventh round knockout win for the Olympian.

A long-awaited meeting with Deontay Wilder could follow in the second half of 2023 with tentative talks between the two camps already underway.

‘We have got a plan, this guy has got so much more to give to the heavyweight division, but this is also an important moment that we must get right,’ Hearn said in January. ‘Those lines of communication are open with Deontay Wilder.

‘We know it is a huge fight, massive numbers. I truly believe Wilder or Fury are nailed on for 2023 because AJ isn’t interested in three or four nothing fights. He will listen to his trainer but he wants to be in the biggest fights possible.’

MORE : Roy Jones Jr reveals talks with Anthony Joshua over trainer role but backs Derrick James to be ‘right man for the job’

Chloe Cherry joined the second season of Euphoria (Picture: Getty Images) Euphoria star Chloe Cherry has been accused of stealing a $28 (£22.89) blouse from a shopping centre in her hometown. The 25-year-old is best known for playing Faye, the girlfriend of Custer (Tyler Chase), a drug supplier who works with Fez (Angus Cloud), in […]

Your Boots and Tesco loyalty cards could help spot ovarian cancer, here’s how

Ovarian cancer is often misdiagnosed or diagnosed too late (Credit: Getty / rex) Early symptoms of ovarian cancer can go unnoticed, but people’s shopping habits could be used to spot the signs. Loyalty card data could indicate early warning signs which are often missed by GPs, according to a new study. The research looked at […]

Adriana Davidson (right) was found dead near the Pioneer High School (left) football stadium (Pictures: Creative Commons/Facebook/Anthony Lopez) A 15-year-old girl who went missing was discovered dead three days later at the football stadium of the high school she attended. Adriana Davidson’s family reported her missing at 12.10am on Saturday, after last seeing or hearing […]