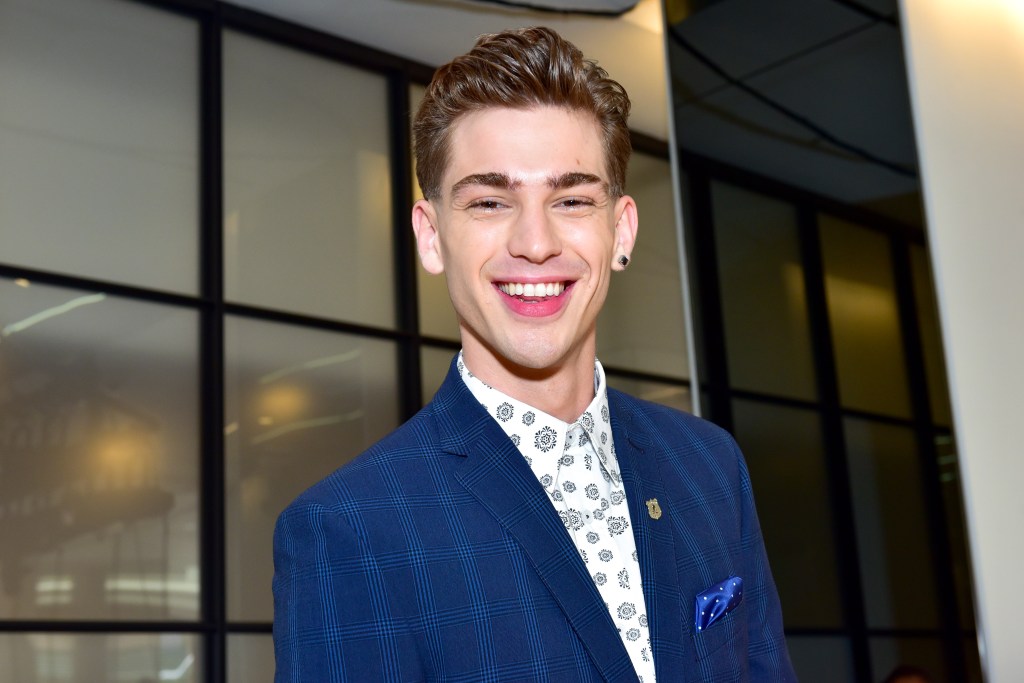 Famous designer Christian Siriano paid tribute to the late model in the wake of his death admitting he was ‘one of my muses and always will be’.

He wrote on Instagram alongside a gallery of images: ‘I have never posted anything like this but to lose a friend who was such a beautiful soul is just really hard.

‘This is for Jeremy, the most beautiful man that gave so much love to everyone he met no matter what.

‘He was one of my muses and he always will be. He inspired me and I will love him forever.

‘I’m sending all my love to his family and friends who lost someone so special. I know we will meet again one day but right now I just want to hug him.

The model had posed for the likes of GQ and Superdry (Picture: Getty Images)

‘Rest well J we all love you so much! Send love to his family today please.’

It is not yet known how Ruehlemann – who has appeared in the likes of GQ magazine – died.

A representative from Soul Artist Management who was the star’s agency, Jason Kanner also penned a message on Instagram.

‘It is with great sadness and a heavy heart that I let you all know that Jeremy Ruehlemann has passed away,’ he informed fans.

Jason continued: ‘Jeremy was authentically himself. Salt of the earth. There was just something about him that made you root for him.

Tributes from the fashion world’s elite poured in for the 27-year-old (Picture: Getty Images)

‘His excitement over a big booking his optimism when something didn’t work out. When you spoke to him he listened with his eyes and ears.

‘He truly was and will always be one of a kind. Jeremy you will be missed. You will hold a spot in my heart and with your Soul Fam you loved so much.

‘Please keep Jeremy’s family in your prayers . May God cover Jeremy and his family with protection and prayer . I will miss you Jeremy. Rest in Peace Sir [sic]’

Ruehlemann posted his final Instagram picture over the weekend, from behind the scenes on a photo shoot with Tommy Hilfiger.

He wrote in the caption: ‘bts with Tommy [sic]’

Tommy’s brother Andy Hilfiger has since commented: ‘So sorry’

Makeup artist Hung Vanngo has also paid tribute to the late model, admitting he made ‘such a large impact on everyone he met’.

Hung wrote: ‘Heartbroken by the news of my dear friend @ruehlemann’s passing. He made such a large impact on everyone he met.

‘In this industry you meet a lot of people, but he was one of those people that even if you met him once he would have a part of …read more

Arsenal have made a move to sign Eduardo Camavinga on loan from Real Madrid (Getty) Carlo Ancelotti insists Eduardo Camavinga is ‘untouchable’ following Arsenal’s surprise move for the Real Madrid midfielder. Mikel Arteta is keen to strengthen his squad in the January transfer window but the Premier League leaders have already lost out on Mykhailo […]