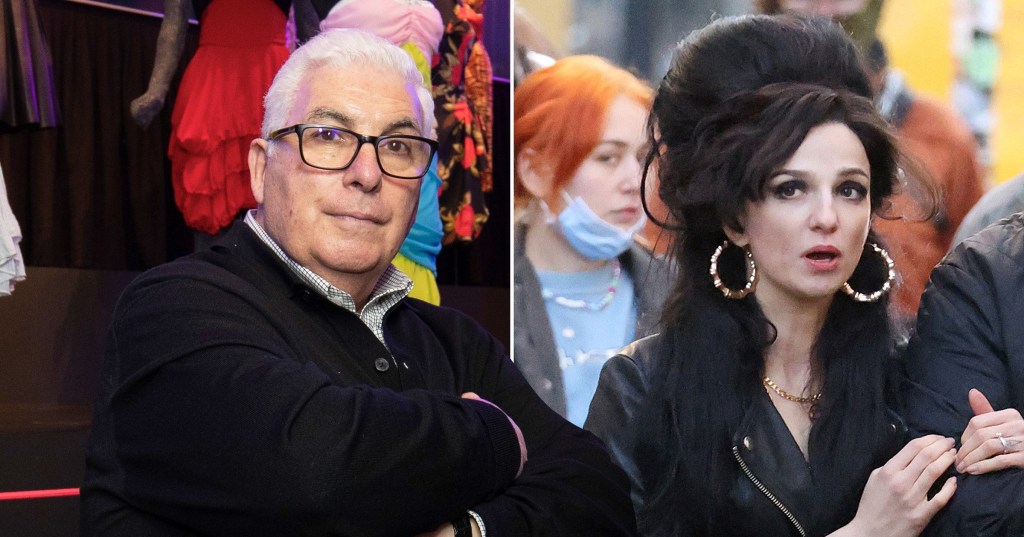 Mitch Winehouse has jumped to the defence of Back to Black, the Sam Taylor-Johnson-directed Amy Winehouse biopic that’s currently filming in London.

Starring Marisa Abela as the late singer, fans have heavily criticised the movie in recent days, saying Marisa looks nothing like Amy.

However, Mitch has now addressed the backlash, calling 26-year-old Marisa a ‘great choice’ for the role of his late daughter.

‘Marisa’s a great choice for the role, even if she doesn’t look exactly like Amy,’ he noted.

Pointing to actor Eddie Marsan – who is playing him in the biopic – Mitch said Eddie ‘doesn’t look anything like me either’.

Speaking to TMZ, he insisted there are ‘plenty of Hollywood examples of actors not looking like their real-life characters’ and added ‘too much emphasis is placed on looks’.

Mitch, pictured with his daughter in 2007, threw his support behind the project (Picture: PA)

Not everyone is happy about Marisa’s casting as Amy (Picture: Mike Marsland/Getty Images for Omega)

However, although Mitch might have given Amy’s casting his nod of approval, the internet’s not convinced.

Taking to Twitter to express their dismay over Marisa playing the Rehab crooner, one social media user wrote: ‘They want us to believe she looks like Amy Winehouse so much and it’s not working.’

Another echoed: ‘sam taylor johnson looks more like amy winehouse than the lead actress does,’ while someone else said: ‘Kinda nervous for this one… she looks nothing like her. I pray it’s Amy’s original vocals…’

Other comments included: ‘Looks nothing like MY Amy. I hate these biopics that stars people who look nothing like the person’ and ‘on top of everything else, this actress looks NOTHING like amy winehouse?’

Amy – who is hailed by many as one of the greatest ever vocalists – died on July 23, 2011, from alcohol poisoning (Picture: AP)

Looks nothing like MY Amy. I hate these biopics that stars people who look nothing like the person. Just do a documentary telling her truth. #AmyWinehouse

‘Marisa’s a great choice for the role, even if she doesn’t look exactly like Amy,’ Mitch noted (Picture: Fred Duval/FilmMagic)

Amy – who is hailed by many as one of the greatest ever vocalists – died on July 23, 2011, from alcohol poisoning.

Marisa has been spotted donning the singer’s iconic beehive hair-do outside famous London haunts throughout January.

Created by StudioCanal, Focus Features and Monumental Pictures, the highly-anticipated feature film will document Amy’s ‘vibrant years living in London in the early aughts and her intense journey to fame’.

Cameras started rolling in London on January 16, and of the project, acclaimed director Sam said: ‘My connection to Amy began when …read more

The Gunners have their eye on one of Chelsea’s many loanees (Pictures: Getty) Chelsea are expected to offload a host of players in the summer to counterbalance their massive spending spree and Arsenal are considering swooping in, according to reports. The west London club spent over £250million in January, bringing in nine new faces in […]

Challenger 2 tanks will be sent to Ukraine (Picture: EPA) British tanks are expected to arrive in Ukraine by the end of March – in time for the anticipated Russian spring offensive. Prime Minister Rishi Sunak said ‘everything is going according to plan’ over the supply of the Challenger 2 tanks, with Ukrainians set to […]