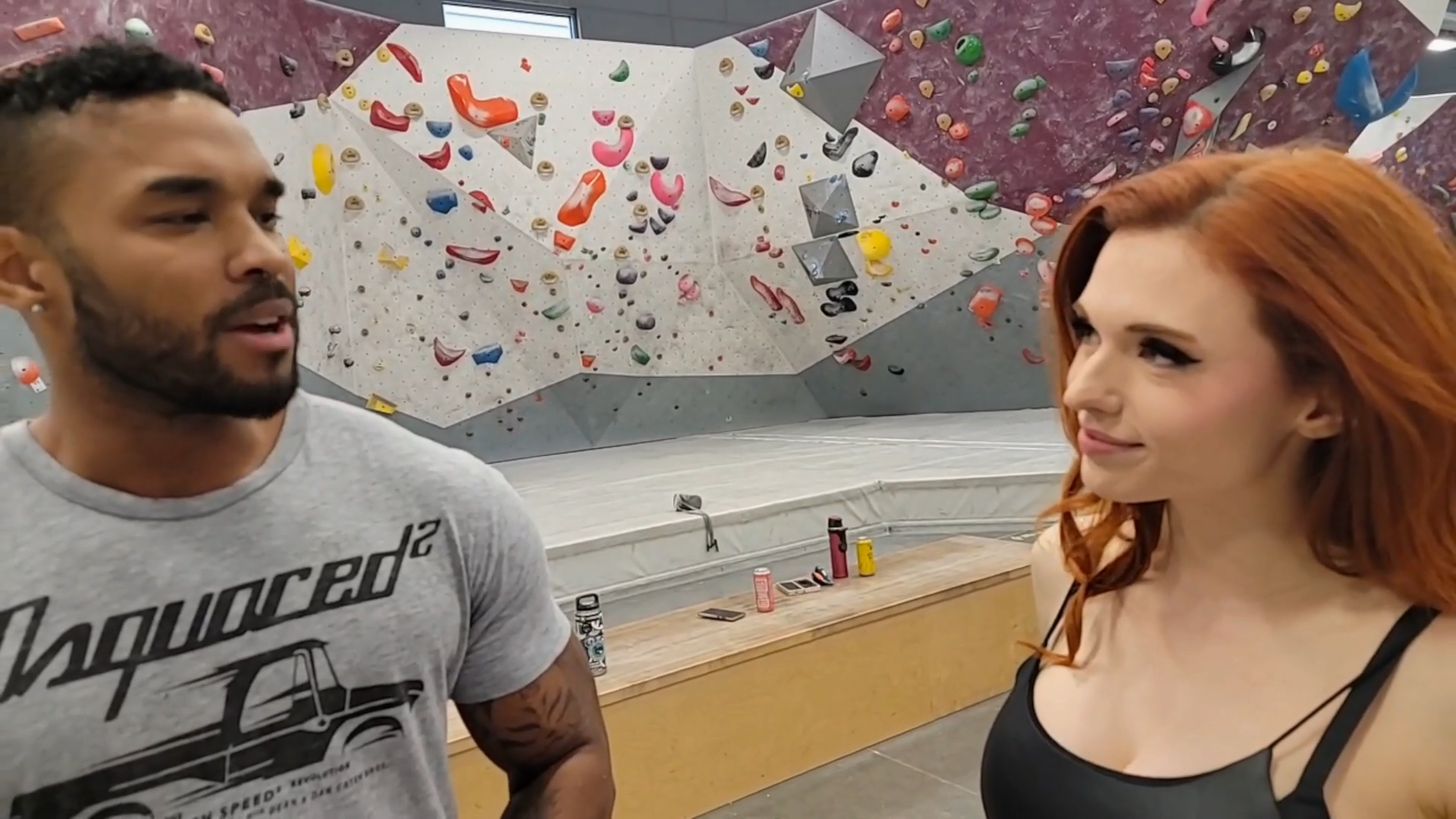 They look good together (Picture: Twitch)

Only a few weeks after splitting from her husband, Amouranth went on a ‘first date’ while live-streaming on Twitch.

Twitch star Amouranth shocked the online community when she revealed she had been married for some time and is not in fact single. On top of that, she also claimed that her relationship had turned toxic, with her husband allegedly controlling her finances and the content of her videos.

The streamer has since managed to split from her husband and even went on to make some drastic changes to her team, after implying that people close to her were turning a blind eye to the situation.

Now that things have calmed down for the hot tub queen, she has decided to try out dating once again, or so it seems.

During a recent stream, Amouranth decided to go to a rock-climbing gym with a new guy in her life called Aaron.

After the pair did some climbing, they started chatting and asking each other questions, with Aaron revealing he’s 34 years old and a personal trainer.

At some point, he even took some photos of Amouranth with some fans – though this time she wasn’t asked to step on anyone.

Aaron also revealed he’s not much of a gamer, though he wants to try out God Of War Ragnarök, with viewers encouraging him to get underway with it.

Amouranth titled her Twitch stream as ‘first date IRL with a gigachad’ but it’s still not clear whether the pair are actually dating, or if she was simply kidding around.

One of her later tweets caused even more speculation, as she asked fans to jump on her Only Fans account to see her ‘bf debut’.

However, she later corrected herself and said that she meant to write ‘bg’ as in background and not ‘bf’ as in boyfriend.

The hot tub queen previously said that she wanted to change parts of her content, so it could be that filming more light-hearted videos like the one with Aaron is part of her new direction – though they would make a beautiful couple.

This is suppose to be bg, not bf pic.twitter.com/Lf3Wf4kEGX

MORE : Amouranth taking a break from Twitch – won’t say when she’ll be back

MORE : xQc goes off on Twitch trolls who claim Amouranth marriage is fake and a ‘stunt’

MORE : Amouranth sacks cameraman – ‘He’s known about the situation for so long’

Winkler referenced the success John Travolta experienced after he took the role (Picture: Getty) Henry Winkler has admitted he was ‘a damn fool’ for turning down the part of Danny Zuko in iconic movie musical Grease, over fears of getting typecast. The role was subsequently offered to John Travolta, shooting him to superstardom after his […]