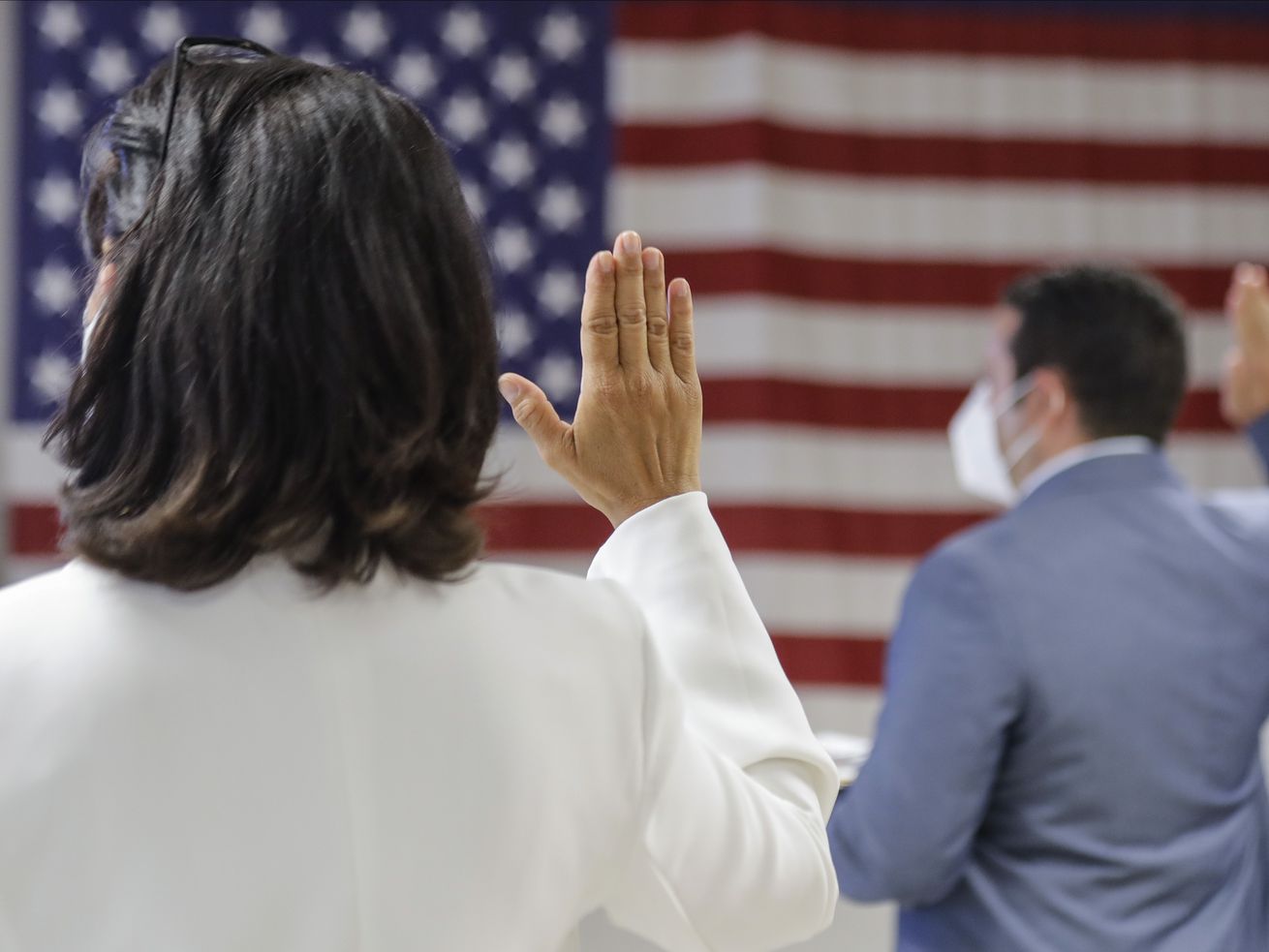 SALT LAKE CITY — Around this time every four years, everyone thinks they’re a political expert. Come December or January, though, political conversations revert from being timely to awkward, and the facade of election-time punditry is lost.

That’s probably a good thing. When it comes to politics — or civics in general — relatively few Americans actually know what we’re talking about. That’s what the data suggests, at least: Civic knowledge is at an all-time low, and efforts to educate high schoolers have done little to bolster the public as a whole. And as public knowledge of our nation’s government dips, a last-ditch effort from the Trump administration to make the naturalization exam more difficult seems to hold immigrants accountable for the civic illiteracy on display by the rest of us.

It’s not just that most Americans can’t recite the capitals and national birds of each state. Our deficiencies, instead, are a lack of basic knowledge of how our democracy works and what it protects. A 2017 survey from the Annenberg Public Policy Center at the University of Pennsylvania showed that over one-third of Americans can’t name a single right protected in the First Amendment. Three-fourths cannot name all three branches of government, and a full third can’t even name one.

Meanwhile, as the level of American literacy sinks deeper and deeper, the standard for citizenship is inching higher and higher. A draft memo obtained by CNN Tuesday outlined proposed changes to the naturalization test: doubling its length, doubling the required score needed to pass, and an increase of questions regarding specific Constitutional amendments, “American innovations” and the “rationale for the legislative branch structure.”

No specific reason for the changes was given in the memo, and U.S. Citizenship and Immigration Services declined CNN’s request for comment. But while America, collectively, capsizes into civic ignorance, raising the standard for immigrants cannot be expected to lift the rest of us. The Trump administration’s common excuse for harsh immigration policy — to “protect American jobs” — doesn’t hold up, as more stringent naturalization tests would only grant citizenship to those who know more about America than most Americans.

That’s not to say many states, Utah included, aren’t making good-faith efforts to boost civic understanding. Utah joined several other states in adopting the naturalization test as a requirement for high school graduation several years ago. In an effort to better educate students on civic matters, state law requires all to pass, though they can take it as many times as they wish. (Immigrants applying for naturalization only get one retest.) Earlier this year, though, the state board of education cited pandemic-related interruptions to typical instruction …read more

Summary List Placement Genderless body care line Nécessaire makes daily necessities, like body wash and body lotion, that appeal to everyone of every gender. They’re fragrance-free, feature gender-neutral packaging, and just plain work. Nécessaire wants you to “treat your body like your face,” so its formulas are filled with nourishing ingredients that are usually found […]

The story of the first special-ops mission deep inside Afghanistan just weeks after 9/11, from troops who were there

Summary List Placement On October 19, 2001, only a few weeks after the September 11 terrorist attacks, American commandos struck back in Afghanistan. A task force composed of Delta Force operators, Rangers, and Night Stalkers conducted two simultaneous raids deep inside the territory of the Taliban, which had hosted Al Qaeda, the terrorist group behind […]

Summary List Placement President-elect Joe Biden is the projected winner of Georgia, Decision Desk HQ projected Saturday. On Wednesday, Georgia’s Secretary of State ordered a manual recount of ballots with a deadline set on November 20. Georgia is a Republican stronghold and has voted for a Republican in each of the past six presidential elections. […]